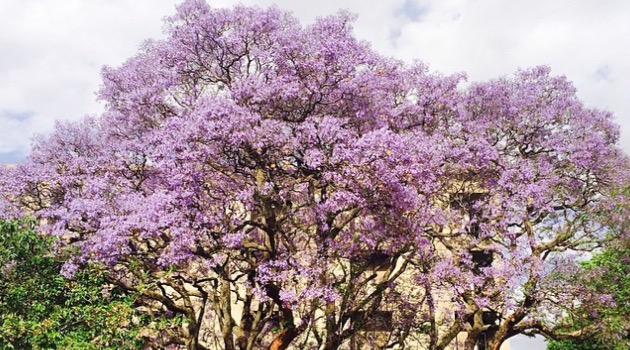 For some reason, it seems like 2016 is getting worse by the month. It’s suddenly November, we’re feeling the real effects of the drought, and exam season is in full swing. But there are some reasons to smile – here’s the October edition of ten reasons South Africa doesn’t suck right now.

1. The rand stayed steady after the NPA withdrew charges against Pravin Gordhan and his co-accused

After National Director of Public Prosecutions (NDPP) Shaun Abrahams withdrew the fraud charges against Pravin Gordhan, the rand went right down to R13.50 against the dollar. We’ll avoid commenting on anything else related to that debacle, but we’ve been keeping a steady eye on the rand all year and love seeing it steady under R15.

The Department Of Water and Sanitation recently launched a three-year entrepreneurship programme which gives women from previously disadvantaged communities the opportunity to mentor each other and learn about business. Supporting 90 female-owned companies, minister of water and sanitation Nomvula Mokonyane said that the goal is to create jobs, empower women and invest in skills.

3. Terminally ill seven-year-old gets to touch a dolphin

Seven-year-old little M Hussain is severely ill with cancer – but has always wanted to touch a dolphin. The Little Fighters Cancer Trust helped make his dream come true, organising for the little boy to be airlifted from Port Elizabeth, where he lives, to Durban, where he was taken to uShaka Marine World and his dream came true.

TEARS. ALL OF THEM.

Solidarity is always nice, and in the past couple of weeks, South Africans overseas have been pledging their support for the student movement. On the last day of the month, South Africans in London marched to the South African High Commission. A group of South Africans also gathered to show solidarity in New York earlier this month.

A super fun video shows how members of the Durban Metro Police took time out to spend with a few elderly citizens – and had plenty of fun doing so.

“We have an intervention programme within the Metro Police Unit, with an aim of taking Metro Police services to the people in an interactive way,” said eThekwini municipality spokesperson Tozi Mthethwa.

Kalon Badenhorst and Micaela Todd – 19 and 16 respectively – won big on October 19 at the competition in Graz, Austria, after they faced off against ten other top international dance acts to clinch the title. The pair performed a contemporary number, â€˜The Proposalâ€™, choreographed by fellow South African, Hope Maimane. 7. Three lions released into the wild to aid conservation efforts

Three sub-adult lions have been introduced into the iSimangaliso Wetland Park in order to facilitate conservation efforts in the park, and also liberate the lions from living in a private sanctuary. They were flown in from Tswalu Kalahari Private Reserve, and will now hopefully introduce a new bloodline among the 16 lions already living in the park.

8. Parks Tau becomes the mayor of all the cities in the world

Okay, we may be slightly exaggerating, but we also aren’t. After losing position of mayor of Johannesburg to the DA’s Herman Mashaba, he’s gone on to land himself an even bigger role – the newly elected president of the international United Cities and Local Government (UCLG), the global representative voice of organised local government.

9. The Mail & Guardian has a new editor-in-chief – our very own Khadija Patel

There’s really no way we couldn’t sneak this one in. The Daily Vox’s co-founder and managing and executive editor Khadija Patel has been appointed the new editor-in-chief of the Mail & Guardian, and we couldn’t be prouder. We are all about transformation in media and we know that if one person can SLAY at this, it’s Khadija.

South African Michelle Nkamankeng, the seven-year old author of Waiting for the Waves, recently made history, becoming the youngest author from Africa to be added to the list of the top 10 youngest writers in the world. 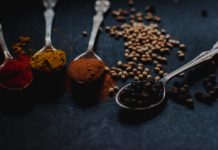