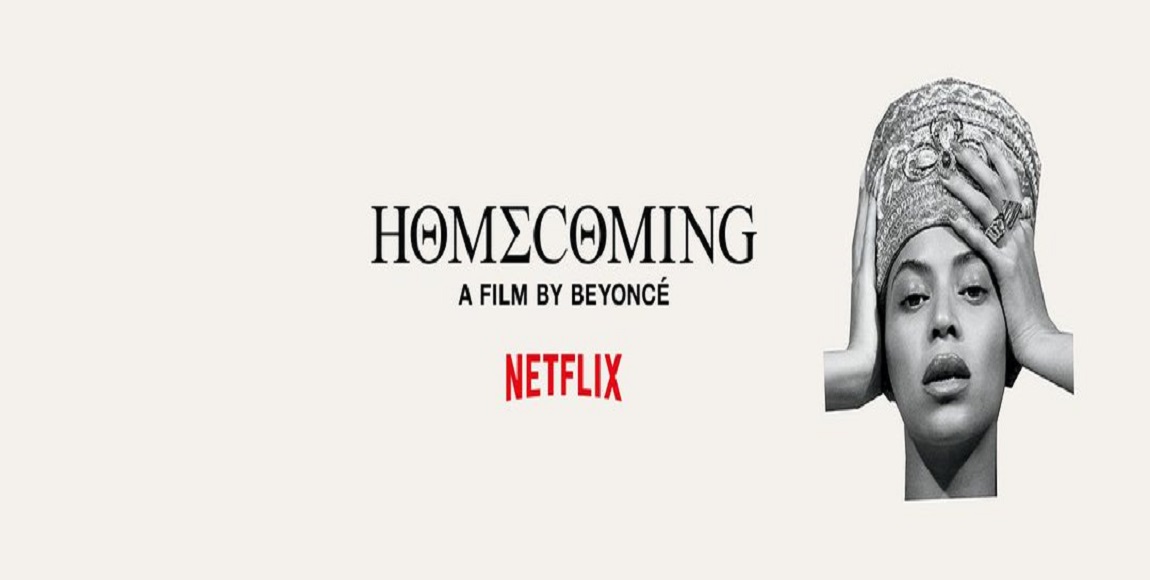 The world came to a standstill on April 17. The only Queen we recognise, Beyoncé Giselle Knowles-Carter, dropped “Homecoming: A film by Beyoncé” on Beyflix … er, Netflix. At the same time, Beyoncé also dropped “Homecoming: The Live Album” on her husband’s streaming service Tidal. And this was just at 10am CAT. The piece of sheer art was written, directed, and produced by Bey and naturally we loved every single second of it. Here are some (of the many) things we stan about the film.

The general cinematography of the film

Can we just have a moment of silence to appreciate what a beautifully made film “Homecoming” is? As Bey says, her goal was to make people “feel like they’re watching magic”. And magical it is. Shot over eight months, “Homecoming” is partly a concert film, and partly a documentary. It gives us a behind-the-scenes look at her iconic two performances at the Coachella Valley Music and Arts Festival last year. The film switches fromglossy shots of her performances to grainy, sepia-toned imagery of the practices. Throughout the film, Beyoncé’s voiceover explains the processes and thought behind the performance. It’s art.

Homecoming expresses the perfection of Beychella

April 2018 left us all shook. The world’s greatest performer Beyoncé headlined at Coachella and made history. There will never be another performance like it. Most of us South Africans watched, mesmerised, from streaming platforms like YouTube at what was an epic performance. Everything from the singing, the choreography, the costumes, the imagery, down to every technicality was awe-inspiring. But Beychella wasn’t just monumental because of the excellent performances. It was monumental because of what it represented.

Beychella was as much a celebration of Black history as it was a moment in history. As the first African American to headline at Coachella, Beyoncé was there to make a political statement. Beychella filled the stage with a marching band members, pulled from historically Black colleges and universities, dancers, and themes related to African American culture. Her performance even featured her stirring rendition of the Black national anthem, “Lift Every Voice and Sing.”

In the film Beyoncé says she wanted African Americans to be proud of the show, the process and the struggle. She says she wanted them to be thankful for the beauty that comes with a painful history, and rejoice in the wrongs that were “so damn white”.

Who run the world? Girls

Not only was Bey the first African American to headline, she was also the first African American woman to headline. As you know, Beyoncé is an intersectional goddess and she speaks about what it means to be a Black woman. “As a Black woman I used to feel like the world wanted me to stay in my little box. Black women often feel underestimated,” she says. But the best part was the shots of the Hive when Bey sang our anthem “Run The World (Girls).” You’ve never seen a happier bunch of people. We feel you.

A celebration of Black excellence

Symbolically, the entire performance was a tribute to Black excellence. Of course the theme of the performance was a love letter to historically Black universities and colleges in America. But it also featured the *cutest* scene of Blue Ivy singing the Black national anthem. I’m not crying, you are. It featured quotes inbetween from the likes of Audre Lorde, Fela Kuti, Alice Walker. There’s a beautiful snippet of a Nina Simone monologue in which she speaks of her responsibility to Black listeners. Bey says in the film: “When I decided to do Coachella, instead of me pulling out my flower crown, it was more important that I brought our culture to Coachella.”

In appreciation of Black talent

Not only was the film a vehicle for Black excellence, the entire performance was made up of some of the most talented Black people in the industry. It was her mission to show Black unity on the stage and it translated beautifully. In the words of Beyonce, “It’s just not right, it’s so much damn swag.” Bey says she picked everyone who was dismissed for the way they looked to be part of the performance. The film showcases some of these performers in interviews with them. Bey’s aim was to create a free, safe space where none of them were marginalised. And the result brings us to tears.

We don’t even deserve Beyoncé’s work ethic. The film is a testament to the hard work, the sheer amount of hours it took to create Beychella. But it wasn’t just Bey’s work ethic, it was the work ethic of her entire team, of every single person committed to creating a historical performance. In one scene, Bey tells her film crew that the rumble of the stage floor is not translating on film. She says: “And until I see some of my notes applied, it doesn’t make sense for me to make more.” The camera zooms in on her husband beside her, and when she’s finished, an off-camera voice tells the couple: “All right. Have a good anniversary.”

An intimate look into Beyoncé

Beyoncé is well-known for being extremely mysterious. The film shows her at her most organic: bare-faced, sweaty, and still practising. Bey leads her crew in choreography, or prayer. She gives direction, hashes out schedules. There are scenes of her with her friends and family at parties. It gives us a glimpse of what she’s like off stage.

In Beyoncé’s words, her family is her sanctuary, her strength and her weakness. She really had us when she spoke of juggling motherhood and coachella prep. She speaks of how she had to cancel Coachella in 2017 because she found out she was pregnant with twins. Pregnancy took a toll on her body, and Bey had to rebuild her body from cut muscles, she says. When she called her husband to tell him she finally fit into one of her costumes, we all felt that pride and awe. Prepping for her performance instead of being with her children was a huge sacrifice for her. And we have nothing but appreciation for that sacrifice.

A renewed appreciation for Beyoncé as an artist

There will never be another artist like Beyoncé. Her creative vision, and the work and time she put into creating something that will live beyond her is nothing short of mind-blowing. The way she defines her purpose as an artist, and how her performances heal people and show them they’re limitless has us in tears. Beyoncé Giselle Knowles-Carter will inspire generations to come.