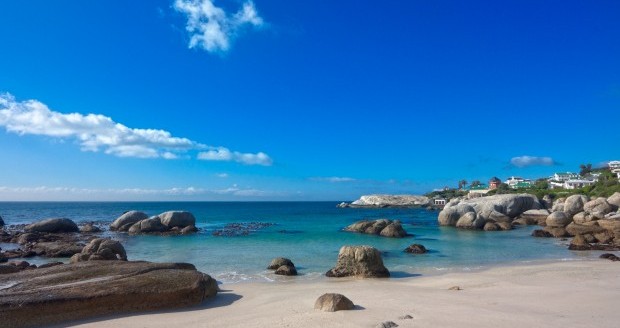 Besides the traditional ones in Durban and Cape Town (which get crazy busy this time of year), what other beaches does South Africa have to offer this December? AAISHA DADI PATEL rounds up ten other options for your beach days.

1. Nahoon
Soft sand, warm Indian Ocean water, surfing, sand dunes and a boardwalkÂ – what more could you want fromÂ a beach? If this sounds like your cup of tea, head to this Eastern LondonÂ hotspot.

3. Hobie Beach
With flat beaches where the warm Indian Ocean hugs the shore, sunbathers get a healthy dose of Vitamin D, and bodysurfers fill the water, this Port Elizabeth gem is a must. It also happens to be the home of Shark Rock Pier â€“ the only pier in the Nelson Mandela Bay area.

We rise by lifting others. #PE #HobieBeach #pier

4. Mossel Bay SetÂ 400km east of Cape Town and 400km west of Port Elizabeth, Mossel Bay offers an idyllic rest stop for those looking to stretch their legs after a long drive. With viewsÂ thisÂ gorgeous you should consider doing more than a quick stop.Â

5. Langebaan
With white sandy beaches and crystal-clear water, youâ€™d be forgiven for thinking you were on a Greek isle. This beautiful beach just 120km from Cape Town and not far from the West Coast National Park and Saldanha Bay, offersÂ a perfect getaway for those looking to escape the Cape Town crowds.

6. Buffel’s Bay (Buffalo Bay) Whether you’re driving down to Cape Town via the Garden Route or your final destination is Knysna, you don’t want to miss making a stop at this calm, little beach. Part of the Goukamma Nature reserve, it stretches justÂ 5km. If nothing else, admire the views and dip your feetÂ in as you pass.

7. Cape Vidal
Although slightly wilder than some of the other beaches on this list, adventure lovers will be right at home here. Renowned for sport fishing and snorkeling, this northern KZN beach is not your North Beach or Umhlanga â€“ and in that lies its charm.

8. Strand Strand just doesnâ€™t get enough love. But with itsÂ warm, calm water, surrounded by mountains (a surfers paradise) and some of the best ice-cream in the Cape at Nice Ice Cream parlour on Beach Road, Stand has enough charm to make you forgive the fact that Cape Townâ€™s wind is seemingly manufactured there.

9. Sodwana Bay
Near St Lucia, on the northern Kwazulu-Natal coast, this beach is equal parts lush vegetation, dunes and balmy blue ocean. It also happens to be one of the top dive sites in the world and a spot which boasts extensiveÂ marine biodiversity. If you find yourself in KZN this summer,Â donâ€™t miss this one.

What I would give to be back at the beach ???#beachsessions #sodwanabay #sunkissed #happydays ???

10. Valley of the Waves, Sun City We’re being awfully sneaky putting this one on this list, but when you’re in Gauteng, or the North WestÂ and can’t make a long drive to the coast,Â the Valley of the Waves is really the best you can hope for in terms of sun and sand. You’ll find the (fake) brown sandÂ and waves, lifeguards, and people selling slushies all around. It will do.