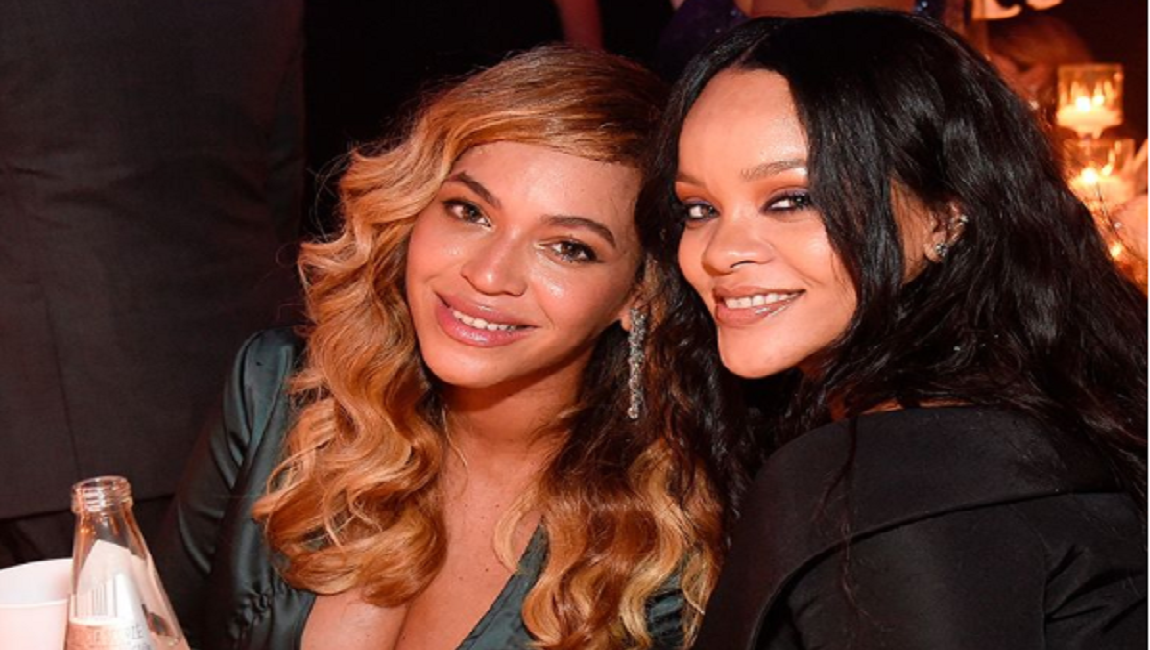 BeyoncÃ© and Rihanna owned 2017 – and they didn’t even release an album or even tour. Resident members of the Beyhive and Navy, Shaazia Ebrahim and Mihlali Ntsabo recapped some of their favourite wins from these two global changers.

But how did Taylor become the richest woman entertainer in the first place?

2. Fenty beauty was all about inclusion – and it made Rih hella cash
Rihannaâ€™s newly launched beauty range Fenty Beauty was hailed for its inclusivity offering makeup shades for a range of skin tones. The brand offered 40 shades of foundation accompanied with concealers and highlighters that complement diverse skin tones. This was so important because for years it was like other cosmetics brands had amnesia about darker skin tones. And it paid off, Fenty Beauty made $72 million in its first month of existence. TIME magazine also named Fenty Beauty one of the 25 best inventions of 2017.

Rih responded to a fan in November on Twitter asking her to include trans models in her later campaigns saying, “I don’t think it’s fair that a transwoman, or man, be used as a convenient marketing tool.” She said sheâ€™s not about making people tokens to seem diverse.
TAKE ALL OF OUR MONEY!

When I thought she couldn’t teach me more… @rihanna â¤ pic.twitter.com/iAX3kJBAr1

3. BeyoncÃ©â€™s cultured and symbolic Grammy performance
Bey kicked off this yearâ€™s Black History Month in February by blessing the Hive with two younger siblings when she announced that she was preggers with twins. What even had us dying was her religiously cultured performance at the 2017 Grammy Awards. The performance was a sequence of religious allegories and references to Virgin Mary, Oshun the African Goddess of Love and Beauty to Mami Wata, the mother of Water and even paying tribute to her sister, Solange’s critically acclaimed album, A Seat At The Table. BeyoncÃ© is without a doubt, the greatest (visual) performer of our time and she even proved that when she was pregnant with twins. When will your faves ever?

4. Rihanna spit bars and we were in awe
We all know RiRi can sing, but she can rap too. We saw hints of her mad skills in Bitch Better Have My Money and even in Kendrick Lamarâ€™s Loyalty but this is a whole other animal. Rihanna collaborated with N.E.R.D. who released their first new music after seven years – and the track, Lemon, was worth the wait. Rihanna rapped a whole verse and it was pure fire. As Pitchfork said in an article about the song: â€œThis may be N.E.R.D.â€™s comeback, but itâ€™s her show.â€

5. Bey helped young women get in formation with their studies
Just while we were still obsessing with the Queen Mother snatching scalps and edges on Instagram with her pregnancy pictures, she had to remind us about her most awarded album of this era, Lemonade. In April this year, BeyoncÃ© launched The Formation Scholarship programme to mark the albumâ€™s one year anniversary. The scholarship provided four young women $25 000 to study towards arts, music, literature or African American Studies. From producing an album that celebrates black identities and womenâ€™s struggles to putting young people to school, Beyâ€™s generosity is why the Hive will protect its Queen at all costs.

But speaking of Lemonade, girl, where is this Formation World Tour DVD?

6. Rihanna championed education and even made it to France with her campaign
Rihanna tweeted at the newly-elected French President Emmanuel Macron and other world leaders in June asking if they would commit to prioritising education.

A month later, Rih met Macron and his wife Brigitte at the Ã‰lysÃ©e Palace in Paris. They spoke of of Rihannaâ€™s philanthropy with her charity called the Clara Lionel Foundation that focuses on education and health programs in impoverished communities.

7. World stop, and meet Thicc Beyonce
After Beyonce gave birth to the twins, the Hive was pressed because the Queen went AWOL on us. Beyonce unexpectedly dropped her post-pregnancy pictures and girl was thick and poppinâ€™. The Hive went all sorts of cray-cray over this and started a #BeyonceIsOutside hashtag party which had a lot of Beyonce haters pressed because it was trending. Haters gonnaâ€™ hate but we are here for Thicc Beyonce, inventor of twin pregnancy and Queen of shook Trilogy.

8. Rihanna stayed serving us looks all through the year – and pounced on the body shamers
Bey wasnâ€™t the only one who got thick, RiRi did too and was fat-shamed for it. Bro-sports website Barstool Sports wrote a (now-deleted) article early in the year titled â€œIs Rihanna Going to Make Being Fat the Hot New Trend?â€ Imagine. Itâ€™s 2017 and people are still trying to tell women how their bodies should look. Never one to be bothered by peasants, RiRi posted a Gucci Mane meme saying: “If you can’t handle me at my 2007 Gucci Mane, you don’t deserve me at my 2017 Gucci Mane.” Viva Rihanna!

Besides, Rihanna served us all of the looks from the Barbados Carnival to her Dazed covers and regular street style.

Who could forget when RiRi shut down the Met Gala in that floral Comme des GarÃ§ons fashion-fantasy? Our girl stuck to the nightâ€™s avant-garde dress code and showed how versatile and daring her fashion sense is.

.@rihanna is the best thing to ever happen to the Met Gala. https://t.co/bnm0CaHovE pic.twitter.com/Arg4ZE7bLt

9. Queen Bey released a chart-topping charity song
While we thought BeyoncÃ© was taking a break from the music scene to take care of her twins, the Queen was featured in a billboard chart topping charity song. Beyâ€™s remix of J Galvin and Willy Williams Mi Gente debuted at number three on the Billboard Top 100 Chart, making her one of seven female artists to have a span of more than 20 years between top 10 hits. BeyoncÃ© also said that she would donate all funds made from the song to relief efforts for Puerto Rico and Mexico.

10. Rihanna won the Harvard humanitarian of the year award and we couldnâ€™t be prouder
Rihanna received Harvard’s Humanitarian of the Year Award in February for her work to improve cancer treatment in her home country of Barbados and for setting up a college scholarship to bring Caribbean students to study in the United States. RiRi’s Clara Lionel Foundation also announced that it will be donating bikes to young girls in Malawi to help them stay in school. She visited a school in Malawi earlier this year and witnessed the barriers children face to completing education. One of the hurdles is transport to get to school.

In her Harvard acceptance speech, she said: “All you need to do is help one person, expecting nothing in return. To me, that is a humanitarian. People make it seem way too hard, man. The truth is â€“ and what the little girl watching those commercials didn’t know â€“ is that you don’t have to be rich to be a humanitarian, to help somebody.” Amen!