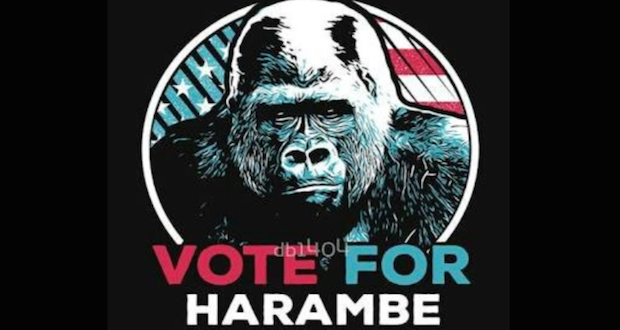 Is it just us, or did the American presidential elections feel like the longest battle in recorded history? They’re finally over, and while we steel ourselves for a Trump presidency, The Daily Vox team reminisces over some of the standout moments of these elections.

1. The man who infamously bragged about grabbing women by the pussy clinched the majority of the white women vote. Let that sink in.

At the second presidential debate, CNN posed a question to Trump about the 2005 Access Hollywood video that showed Trump telling Billy Bush he felt entitled to grab them women by the their genitals.

In the video, Trump said he was automatically attracted to beautiful women and when he meets them, â€œI just start kissing them.â€ This was in addition to his comment, â€œWhen youâ€™re a star, they let you do it. You can do anythingâ€¦ Grab them by the pussy.â€

The (now) President-elect of the United States denied all allegations.

Despite Trumpâ€™s deplorable statements, according to the NBC News Exit Poll, he led with white women overall by about 10 points and with white middle aged women by about 20 points.

Drake told the Daily Vox that she had to speak out about his assault after hearing his â€œgrab themâ€ comments.

â€œHearing that just goes against everything that I believe in and it was a trigger for me,â€ she said.

When defending the allegations, Trump said his accusers were â€œsickâ€ women who wanted fame and money. Trump actually shrugged off one of the accusers at a North Carolina rally saying, â€œShe would not be my first choice, that I can tell you.â€

3. Trump actually said he would build a whole entire wall to keep out immigrants

According to his campaign website, Trump promised to build an â€œimpenetrable physical wallâ€ on the southern border between the US and Mexico. Trump claimed that Mexico would pay for this wall and he would begin its construction on the first day of his administration.

â€œI would build a great wall, and nobody builds walls better than me, believe me, and Iâ€™ll build them very inexpensively, I will build a great, great wall on our southern border. And I will have Mexico pay for that wall,â€ he said in July. â€œMark my words.â€

4. Trump said he might notÂ accept the election result

A few weeks ago, Trump went all African dictator on us, saying that he might not accept the presidential result if he felt that the elections were rigged against him.

Trump voiced this blasphemy against democracy at the third presidential debate a few weeks ago. At the time, he was under severe pressure as Clinton was creaming him in the opinion polls.

Without evidence, he suggested that the general election has been rigged against him. About whether he would accept the election results, Trump said: â€œI will look at it at the time, I will keep you in suspense.â€

Luckily, the world didnâ€™t get to witness a tantrum when Trump’s victory was announced Wednesday morning.

5. The Canadian immigration website crashed as US election results came in

The Government of Canadaâ€™s immigration website crashed as Trumpâ€™s lead started reflecting in the election results.

The New Zealand Now website, which deals with residency and student visas, also reported a lot of traffic from US nationals.

And South Africa might be welcoming Samuel L. Jackson to the country. In December, in a comedy sketch on the Jimmy Kimmel show, Jackson said about Trump, â€œIf that motherfucker becomes president I will move my black ass to South Africa.â€

As soon as you touch down at OR Tambo Airport your name will be Siyamamukela L Jackson.

Remember when Trump released his tax returns? We donâ€™t either.

Trump was sticking to the story that he was still under audit by the Internal Revenue Service (IRS).

But after a New York Times report showed that Trump might have avoided paying his taxes for years, he claimed to be taking advantage of legal opportunities to reduce his bill.

Donald Trump is the first presidential candidate since 1972 who refused to release them.

Trump actually got away with never releasing his tax returns. Our toothless media was too busy fainting over Hillary’s damn emails. #tools

7. Even infamous dictators and came out in support of TrumpÂ

In a column written in DPRK Today, a news site which often functions as government propaganda, the dictatorship gave Trump a glowing recommendation.

The column was written by Han Yong Muk, a Korean scholar, who suggested that Americans vote for Trump in the presidential elections.

â€œIt turns out that Trump is not the rough-talking, screwy, ignorant candidate they say he is,â€ he wrote,â€ but is actually a wise politician and a prescient presidential candidate.â€ According to the column, voting for Trump could stop the US from â€œliving every minute and second on pins and needlesâ€ in fear of a nuclear attack from North Korea.

Trump has also been endorsed by the Ku Klux Klan (KKK) – a white supremacist organisation in the US.

Frmer KKK grand Â wizard, David Duke, also congratulated Trump, calling his victory, “one of the most exciting nightsâ€ of his life.

Donald Trump was endorsed by

And he’ll be the new POTUS. #ElectionNight

At the Republican convention in 2015, it was discovered that Melania Trump – now first lady of the US – lifted lines verbatim from the speech Michelle Obama delivered at the 2008 Democratic convention.

In what became a trend with the Trump campaign, they denied all allegations of plagiarism against Mrs Trump.

Melania Trump told the NBCâ€™s Matt Lauer in an interview, regarding her speech: â€œI wrote it with as little help as possible.â€

Now that Melania Trump is First lady, Michelle Obama should think about copyrighting all her speeches. #JustSaying.

9.Â Some folks literally voted for Harambe the gorilla

In an attempt to rekindle the spirit of the deceased gorilla Harambe (and spoil their votes), American voters claimed to have voted for the beast as a write-in candidate in the presidential elections.

Harambe was shot and killed in the Cincinnati Zoo earlier this year to save a young boy who fell into his enclosure.

Twitter lit up with as many as 11, 000 tweets from people claiming to have written in the famous gorilla for president.

11,000 Americans voted for Harambe…they woke up, get dressed & voted for a dead animal. Trump is the least of some of your worries

And you thought voting for Harambe would be funny

Back in 2000, the creators of The Simpsons predicted that Trump was going to govern America in a warning that the country was â€œgoing insane.â€

The Simpsons predicted this back in 2000 #ElectionNight #Trump pic.twitter.com/115pQk9GrQ

Well, if their predictions are to be counted on, at least we have Lisa Simpson presidency to look forward to.

Love, the rest of the world.