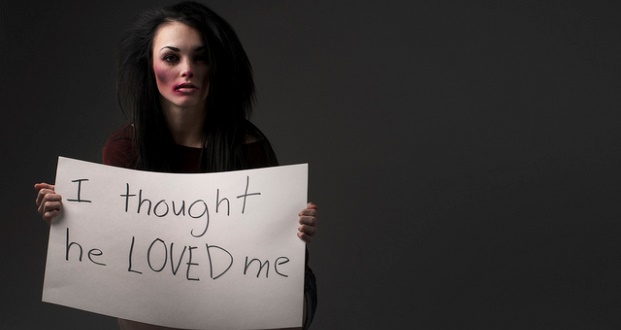 To my abusive ex husband,

This letter isnâ€™t easy for me write. Where do I start, what do I say? Thereâ€™s so much. I guess Iâ€™ll start by saying thank you for all the good times that we shared, and all that you gave me while we were together. I know that making money and having possessions are so important to you. So I am grateful, believe it or not.

When times were good, nothing could come between us, but when it was bad, I felt like I was fighting an entire army alone trying to save us – trying to save you, because I loved you and saw past all that you did to me and those who cared for you.

On the last day I spent with you, after the last assault, I reached a point where I was too tired. I was unable to help you anymore. I realised you were too far gone. Iâ€™m not the perfect partner, I have my flaws, but I genuinely and wholeheartedly did the best I could for you.

After I limped out of our marriage, I often wondered why Iâ€™d suffered, why Iâ€™d been left with nothing, how was it possible that God had allowed you to take everything from me and yet still gave you everything? How could you move on so easily while I was alone? There was a constant battle going on within me and I felt like I was losing my mind.

I had no income and had debts to pay, most of which were incurred by you, for you and because of you. You didnâ€™t have the decency to return my possessions; the little that I owned.

Did you think that you would ruin me by not giving to me what was rightfully mine, by depriving me financially? For a person that claims a strong belief in religion, are you unaware that there is a power greater than you, and that God forbids oppression and punishes the oppressors?

I dragged myself out of your grip and moved in with my parents. I had nowhere else to go but I felt that I was a burden to them. You knew very well what it would be like for me to live with my parents again, and you thought it would make you feel more in control and give you power over me.

You hurt me deeply, you left me with open wounds and for a long time I thought that the pain would never leave. Knowing your pride, you wouldnâ€™t know or even remember the damage you have caused. Maybe, you will, one day, when you are too old to hit, scream, swear, break things, hurt yourself, when no one will want you around because of your toxic behaviour.

I never hated anyone before. You were the first and the last.

I have to thank you for one thing, though. Thank you for drawing blood that day. Because if that didnâ€™t happen, I wouldnâ€™t have left. I would probably have been dead by now.

So many women stay in abusive marriages because, itâ€™s easier than leaving. But I am not one of them. You thought you were going to destroy me but everything you did to me only made me stronger.

My daughter, too, is relieved that I left you. I neglected her because I made you my everything, and by doing that, I hurt her. By leaving you, Iâ€™ve taught her to stand up and fight for herself and for what she believes in. She has grown to be a strong individual. She is doing so well now, and it would have never happened with you in her life.

Every time I thought of you, and all that I went through in my time with you, I just took deep breaths and exhaled all the pain. That was my coping mechanism. Eventually, the nightmare ended; I woke up. I found the wounds had healed and the scars had faded. I felt relieved, fearless, pain- and guilt-free.

You were my biggest lesson. It was a real knock to my head, literally, to learn to respect and love myself, to make me first in my world and to be selfish, to worry about myself.

I have come a long way. The pain isnâ€™t there anymore, but the lessons are. If I see you or anyone of the people that are associated with you, I know now, I wonâ€™t even flinch. All that I will feel is sympathy for you all.

I donâ€™t hate you anymore. Years later, I have found peace through Godâ€™s grace. Itâ€™s amazing to know that God hears me, He answers my prayers and He does show justice. Everyone pays their due. God is great, He made a way for me.

Iâ€™ve realised that you could never give me whatâ€™s important – love, family, stability, security – because you didnâ€™t know the meaning of any of it. I know this because I have it now, with a man that is so much more than you. And you said no one else would want or love me.

I canâ€™t imagine your situation now, spiralling downward. May God help you and your family and may He give you direction and guidance, especially for the sake of your children.

From your ex, who is making her own happily ever after.