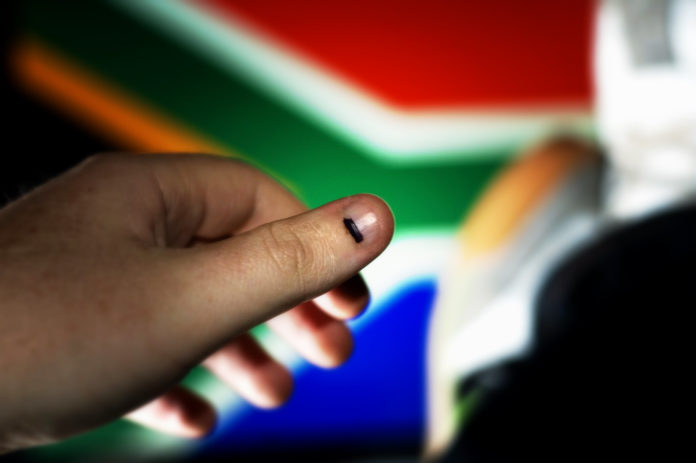 South Africa will most likely head to the polls on November 1 for the local government elections. Here’s everything you need to know about elections during a global pandemic.

When will the elections be held?

The local elections take place every five years and the last one happened in 2016. The Independent Electoral Commission (IEC) approached the Constitutional Court in August 2021. They sought to get the elections delayed until 2022.

The African National Congress (ANC) and the United Democratic Movement (UDM) also wanted the elections postponed to February 2022. This was as per a recommendation by a panel headed by retired deputy chief justice Dikgang Moseneke.

The Democratic Alliance (DA) opposed the postponement. They argued that delaying elections was not in the best interests of the electorate, especially in municipalities with underperforming or corrupt councillors.

In its majority decision, handed down without reasons, the Constitutional Court dismissed the IEC’s application.

Per the constitutional court order, the IEC has to proclaim a voting date between October 27 and November 1. The IEC said that it expected the new date for local government elections to be November 1.

What is the difference between national/provincial elections and municipal elections?

There are three main types of electoral systems in the world:

Proportional representation (PR) – where you vote for a party and the party gets seats according to the percentage of votes it received. Candidates are drawn from a party list. This system protects smaller parties since all votes count – in our national assembly a party with 0.25% of the vote will still get a seat.

Constituency-based – this system elects an individual to represent an area. It is called the “winner takes all” since only the person who gets the most votes is elected and all votes cast for other people count for nothing.

Mixed – this system combines a PR and a constituency system. There are many different ways to do this. This is used to decide ward councillors and mayoral seats in the local elections.

Who can vote in the municipal elections?

South Africans who are 18 years or older with a valid South African identity document are eligible to vote. Voters must register at a voting station in the ward in which they live, and provide an address or detailed description of a place of residence.  The IEC said that it would be possible to host a voters’ registration weekend on September 18 and 19. They will re-open candidate registration on September 20 and 21.

What do I need to take to the voting station?

How many ballot papers will I get?

What is my voter registration status?

Can I still register to vote?

Yes, if you are 18 years and older with a valid green ID or smartcard ID, register here.

You are only registered to vote once you have received a receipt via SMS or email, or have confirmed that you are registered. Alternatively you can make an appointment to apply for registration at your local IEC office responsible for your voting district.

Which parties can I vote for?

You can view the level and contact details of registered political parties here. The five main parties in South Africa are the African National Congress (ANC) led by Cyril Ramaphosa, the Democratic Alliance (DA) led by John Steenhuisen, the Economic Freedom Fighters led by Julius Malema, and the Inkatha Freedom Party led by Mangosuthu Buthelezi.

ActionSA is a new party, established by the former mayor of Johannesburg Herman Mashaba. The party has gained significant attention especially within the provinces of Gauteng and Kwazulu-Natal. Several influential former DA and ANC members have joined the party.

Your guide to voting in the 2016 local elections

How will the pandemic affect this year’s elections?

In November 2020 the IEC published their new guide for registering and voting safely, during the Covid-19 pandemic. As per lockdown regulations, you will be required to wear a mask or face cover at voting stations. Election officials will refuse entry to anyone not wearing one. A distance of 1.5 m must be kept between yourself, fellow voters, election officials and everyone else at the voting station.

A limited number of people may be in the venue, and you will be ushered in when it is your turn. When entering and leaving an election official will spray your hands with sanitiser. All officials will be provided with masks and face shields. Bring your own pen if you can, but officials will be sanitising pens at each voting station after use. Voting stations will be sanitised with 70% alcohol disinfectant before and after use. Officials will check that your thumbs are dry before inking it. Speak up if someone is too close,and their behaviour is making you uncomfortable; to ensure everyone’s safety

A by-election takes place in a ward in a municipality between the general municipal elections every five years. By-elections are held if a court sets aside an election,a ward vacancy opens or if the IEC does not declare results within a specific time period. A ward vacancy occurs on the resignation, death or expulsion of a ward councillor. Forty by-elections took place in South Africa in May. The cities of Joburg, Ekurhuleni and Tshwane were hotly contested with many wards vacant due to various reasons.

The by-elections were held across 25 municipalities in the Eastern Cape, Free State, Gauteng, KwaZulu-Natal, Limpopo, and Mpumalanga provinces.The ANC retained 27 of the 40 wards it contested. They also lost one ward and won three new wards. The DA contested ten wards, retained six but lost four. The Patriotic Alliance won two new wards. The Inkatha Freedom Party (IFP) retained one ward and won another.The IEC said by-elections voter turnout was 31.94%, the highest turnout being 36.63% and the lowest being 6.64%.

When will we find out the results?

By law the election results must be announced within seven days of the day on which the election took place. In municipal elections each ward and municipality is its own election so these results are announced as and when the counting and results processes have been finalised.

Watch the media for information or you can download the IEC mobile app to stay informed on elections.