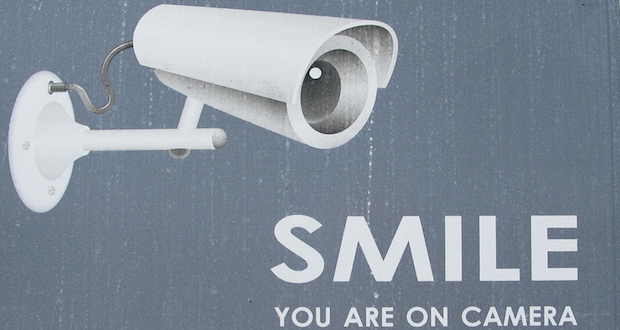 During the debate with fellow panelists, Mahlobo mentioned certain controversial issues of national security that the State Security Agency (SSA) were currently concerned about.

Some of it is pretty concerning to us too.

Claim one: There are some students who are receiving military training outside of the South African National Defence Force

This is very concerning, in fact, one of Mahlobo’s fellow panelists, Professor Jane Duncan of the University of Johannesburg said that this was possibly the most important issue to come out of the discussion.

“We cannot accept that, in a constitutional democracy, there exists a parallel military,” said Duncan.

But the minister revealed no further information regarding the nature of this military training and who or what organisations were receiving it. The context of the discussion was about student protests turning violent, so the immediate assumption was that he meant Fees Must Fall students were being trained – yet there is no evidence to substantiate this. Not even rumours.

Another possibility is that minister Mahlobo was referring to the Afrikaner Weerstandsbeweging (AWB), the South African neo-nazi separatist and paramilitary organisation. The reality of AWB training camps is well documented, but its been a while since we’ve heard of any activity from them.

Claim two: there are academics who say they are teaching students about Pan Africanism, but are in fact conditioning them into Afropessimism

This is quite the loaded statement. It’s also the one that seems to have caused the most controversy.

Afropessimism is a complex ideology which follows the belief that the black condition is one of non-being – that the legacy of slavery, colonialism and continued life in townships places black people in a state of “social death” that separates them from being understood within the context of “humanity”. As its name suggests, Afropessimism is seen as a bleak outlook which implies that the world as we know it is essentially anti-black. The conclusion drawn from Afropessimism is that the world as it currently stands must be brought down – the world must end. The popular, although heavily contested, understanding of this is that those who are Afropessimistic are geared towards unrelenting, violent tactics as they have no stake in the world. There’s a degree of public opinion that such people are the most likely to be responsible for things like burning and wanton destruction during protests.

The minister was, again, very cryptic about which academics he was specifically speaking about, and whether he was implying that student movements founded on Pan Africanism, such as the Pan Africanist Student Movement of Azania (PASMA), were becoming aligned with Afropessimism.

Irrespective, academics took to social media following Mahlobo’s claims that academics are covertly encouraging Afropessimism in their students. They are concerned over being profiled for teaching any kind of “radical” theory. The sense is that such surveillance and the threat of being labeled as encouraging students towards public violence and going against “national interests”, infringes on academic freedom as protected under our constitution. It is somewhat analogous to the idea of a religious state branding people as spreading “blasphemy”.

“It means that spies are assessing the ideological content of what gets taught. Academic work is hardly likely to incite to imminent violence (the constitutional test), so to claim with no evidence that there is a causal link between [it and] campus violence is absurd – a dangerous absurdity at that. It’s likely to create fear and close down spaces for robust debate about decolonisation and how it should be understood. It also plays into the whole ‘third force’ narrative, where the students aren’t seen as being capable of self-activity without manipulation. It’s sad, but something that we should take very seriously,” said Duncan.

Minister Mahlobo assured that while there were many NGOs that were doing good work and even helped the struggle during apartheid, intelligence showed that there were indeed certain NGOs that have an agenda of regime change. He said this in response to a question from a representative of Right2Know who was concerned about the minister’s earlier statement that some NGOs were being looked into by the SSA.

“There are certain NGOs in SA, you know them and I know them too. There are questions of who funds them and why their funders doing certain things. Go to Midrand, Johannesburg and Cape Town – why are they having interception equipment? And NGOs which work within communities, why are they securitised? What are they seeking to achieve? Let’s not hide it, these are geopolitics of the world… Because of geopolitics, certain NGOs are planted here to work as a front,” said Mahlobo.

He further said that students from South African Union of Students (SAUS) had themselves told him that they were being offered funding from NGOs to continue with the protests. Mahlobo used this to argue that NGOs required more regulation to ensure that they were legitimate and that their work was in line with national interests, not regime change.

“I met SAUS with Minister Nzimande, Minister Nhleko and Minister Masutha. They themselves as young people were saying, while being covered by the media, that there are NGOs that are actually using them. “We are receiving support from them but there are things that they are making us do and that’s how the funding is being used”,” Mahlobo said of the meeting with students.