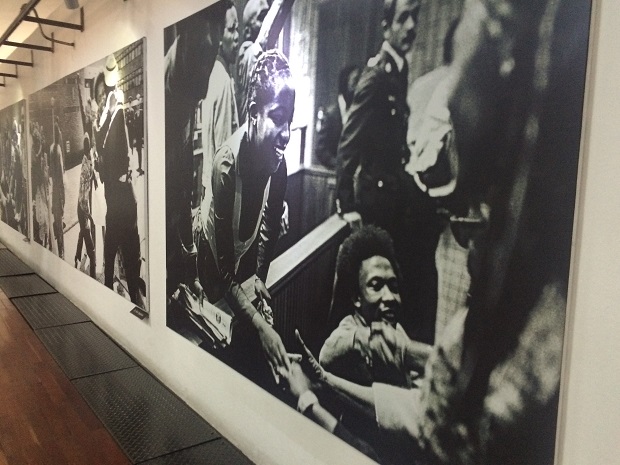 A Google search of June 16, 1976 will bring up a myriad of black and white pictures of the Soweto Uprising. Few of those images show women, or girl children, though they were crucial to the movement that exposed the brutality of the apartheid state for all the world to see. “There were several girls that led the student movements, pre- and post- the uprisings,” says Busisiwe Shabangu, a woman who participated in the protests in Soweto.

Shabangu, who witnessed the shooting of Hastings Ndlovu, just a metre away from her, said she often has bad dreams about the day.

“The whole township smelled like blood and bodies everywhere. I saw it all, from the shootings to classmates being dragged by police dogs. Those memories have stayed with me,” she says.

Shabangu recalls that it was ordinary citizens, many of them heroes in their own right, who ensured the success, and safety of students.

“I remember when the shootings happened and everyone was running for cover, I needed to hide. Some students and I hid in a health inspector’s office. He disguised us as piles of rubbish and drove us to our homes,” Shabangu says.

She is adamant as well that women were vital to the success of the movement.

“At some point we shielded the boys during the meetings in which the preparations for a march were underway,” Shabnangu says. “They went into the venues for the meetings and most of us, the girls, would stay outside to lookout and alert them if anything happened.”

But she is is puzzled about the erasure of women from our recollections of the 1976 movement.

“There wasn’t division among us as boys and girls, we were a unity and we respected each other’s place in the movement,” Shabangu says.

Professor Noor Nieftagodien, head of the History Workshop at the University of Witwatersrand agrees that the presence of girls and women in students have been marginalised and excluded in the student movements of the then youth.

“The narratives have been constructed around the leadership of men figures,” he says. “One of the numerous crucial women by far is Sibongile Mkhabela, who was the secretary general of the South African Student Movements.”

Mkhabela was also an executive member of the Soweto Students Representative Council (SSRC). The student leader was charged with 10 others for sedition in what was known as the Soweto 11 trial. She was imprisoned for three years at a women’s prison in Kroonstad, in the Free State and released in 1982.

“The reason Hector Pieterson became synonymous with the uprising is because of the picture. His memory is important to kind of keep the flames burning but there are other people that are just as important and we should work at decentering the movement,” said Nieftagodien.

Reverend Aaron Mkwanazi, a former uMkonto weSizwe (MK) soldier, was 18 years old at the time of the uprisings, but had dropped out of school. He was however still very much involved in student activism.

“June 16 was not an event, it was a result of months of planning and underground meetings disguised as church meetings and dance classes. It was important to me to assist the students, galvanise and mobilise,” he said.

He, too, bemoans the lack of recognition for the role of women in the 1976 uprising.

“Women were more organised than men,” he says, “but it’s sad that it’s not recognised or said.”

Reverend Mkwanazi recalls women as the core support of the movement.

“They hid the children, mobilised each other, held prayer meetings to support other women whose children had died or disappeared,” he says. “In some cases they were couriers and recipients of important information.”

Mkwanazi believes the news media is to be blamed for the erasure of the role of women in the movements.

“The events of 1976 are reduced to certain individuals and that one day. There were many other people that contributed,” Mkwanazi said.

He says the low profile of some activists in the 1976 movement was also strategic.

“Like myself, I was very active but very quiet, on the down-low, this put me at an advantage because I was able to do many things without being noticed,” he said. “The police were more interested in people that were politically inclined than those that acted like criminals.”

“To Margaret Masabalala, Eunice Sithole, Patience Banda, Sibongile Mkhabela and all the other girls that led us, we thank you.”