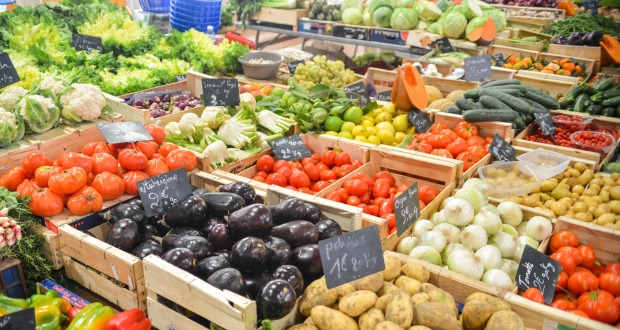 South Africans are suffering a polony panic. This came after an Enterprise Foods facility in Polokwane, Limpopo was pointed as the ground zero for the listeria outbreak. Enterprise has since recalled their products from the shelves which include: polony, salami, shaved and cold meats, spreads, viennas, and russians.

Since July 2017, listeria has claimed 180 lives and has infected almost 1000 people countrywide. To protect yourself from an infection, especially if you are pregnant, have a weakened immune system, or are elderly, you could heat up any cold meats that you would usually eat straight out of the fridge or you could just avoid polony altogether. The Daily Vox rounds up five alternatives to listeria meats that will help you be safe rather than sorry.

Perhaps one of the most worrying things about the listeria outbreak is: What will happen to South Africaâ€™s most iconic cuisine, the kota? The popular township street food which is a quarter loaf (kota) of bread hollowed out and filled again often with slaptjips, polony, and achaar (spicy pickle) â€“ not unlike its Durban Indian counterpart the bunny chow which is filled with curry – will suffer the most with the polony panic. But some are suggesting a healthy kota – filled with salads and a boiled egg instead. Hey, itâ€™s not a kota but itâ€™s got to be better for your cholesterol.

2. Just put chicken in your kota

If the healthy kota sounds like blasphemy to you there are plenty alternatives to filling your kota. Thereâ€™s curry if youâ€™re into the bunny chow feel. Or you could just put chicken in it, which is a safer meat option (for now). There are restaurants that offer chakalaka/ achaar and chicken breast/ livers as fillings in a kota. Hey, its not vienna or polony but it could hit the spot.

3. Give up on the kota and take it back to your roots

Some argue that the move from rural areas to urban areas have made folk forget their roots and the food they grew up eating. Perhaps now is the time to give up processed city food which is frankly unhealthy and now ridden with listeriosis (a sign?) and eat the food of our foremothers. Mopane worms, tripe, spinach, beans, lentils – the list is endless.

People of God, avoid Listeria, return to the foods of your ancestors ðŸ‘‡ðŸ» pic.twitter.com/a40vs0tXfq

4. Time to get creative with our sandwich fillings

A very important question to ask now that polony is unsafe is what South Africans are going to take for lunch everyday. Bread and polony is the quintessential lunchbox staple for South African children and adults. But there are hundreds of alternatives that are healthy and nutritious but most importantly listeria-free. Some of the alternative sandwich fillings are chicken mayo, cheese and tomato, salad, avocado, and hummus.

Thats all I can think of right now #Listeriosis

5. You could just make your life simple and go vegetarian/ vegan

Itâ€™s easy. There are a number of â€œfake meatsâ€ – vegan/ vegetarian alternatives to polony – made from soy, tofu, tempeh, and seitan whose taste and texture can fool even the most carnivorous among us. (And Iâ€™m not just saying that because Iâ€™m vegan).

Hey, donâ€™t knock it till youâ€™ve tried it.

Vegetarian polony.
Listeriosis free.
I used to eat it during my vegetarian years…. a capable substitute. pic.twitter.com/3mQ3tG5PUl