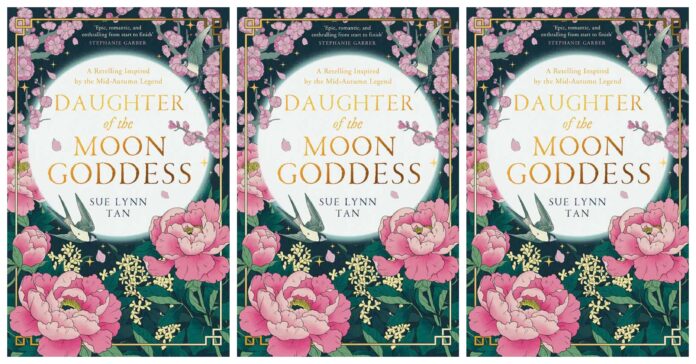 Fantasy books are a genre of literature that allow readers to escape the real-world and journey to fantastical and magical worlds. The genre of fantasy often features a plucky hero fighting against the great evil to save the world with magical elements. Here are some of fantasy books inspired by mythology you need to add to your reading list.

Daughter of the Moon Goddess

One of the most recent releases in the Daughter of the Moon Goddess by Sue Lynn Tan. The book is a retelling which is inspired by the Mid-Autumn Legend and the story of the Moon Goddess, Chang’e. In Chinese mythology, Chang’e is the moon goddess who sought refuge in the moon when she stole the drug of immortality. This novel is inspired by that legend and features a mixture of mythology with adventure, magic and love. The story centres around Xingyin whose mother stole the elixir of immortality. Xingyin has to embark on a dangerous journey to save her mother and herself while at the same time finding out her mother’s reasons for stealing the elixir. The book is a thrilling piece of work with all the elements of a great fantasy novel. However, what truly makes it stand out is the heart and emotion which binds the story together.

The Daughter of the Moon Goddess is part of the Exclusive Books Recommended Promotion for April.

Children of Blood and Bone

Nigerian-American author Tomi Adeyemi’s The Legacy of Orïsha series is set in the mythical land of Orïsha. The story centres around Zélie Adebola, a young girl whose mother was killed for her magic. Children of Blood and Bone begins as Zélie begins her fight against the oppressive monarchy and attempts to bring back magic to the land. The book series is based on West-African mythology and was inspired by the Black Lives Matter movement. The magic and the incantations are in Yorùbá, a language spoken by people belonging to the Yorùbá people. Tomi Adeyemi is currently working on the final book in the series with the first two out.

Girlpower, Magic, And West-African Culture – All Reasons To Read The Orïsha Series

Written by Sierra-Leonean American author Namina Forna, The Gilded Ones follows sixteen-year-old Deka. Deka lives in fear and anticipation of the blood ceremony that will determine whether she will become a member of her village. It is a feminist story inspired by mythology from different parts of the continent in particular West African Mythology and Sierra Leonean culture. Fore grew up in Sierra Leone and then moved to the United States. It was the histories of violence from those two countries that inspired the book and the different violences that are in the book. The book is “West-African inspired” but there is a diversity of characters from pale Northerners to dark-skinned Southerners, and everywhere in between.

The Candle and the Flame

The Candle and the Flame by Nafiza Azad is a book inspired by Middle Eastern mythology. The book is centred around Fatima who lives in the city of Noor, a thriving stop along the Silk Road. Noor is a city made up of people from all different religions, ethnicities and cultures. It is a thriving city that had to rebuild after its entire population was slaughtered except for Fatima and a few others. It’s a story that weaves mythology and magical creatures with political intrigue and power grabs. It’s all centred around ensuring the city is safe while navigating all the many magical and political intrigues.

In Freshwater by Akwaeke Emezi, the author harnesses Igbo mythology within the cryptic setting of the book. It centres around a young Nigerian woman, Ada, who develops separate selves within her as a result of being born “with one foot on the other side”. Ada has multiple selves due to the gods who have mistakenly taken root in her body and mind. The book is told from the perspective of a host of spirits called ogbanje, who occupy Ada’s body and exert strong control over her actions. The book is not set in a fantasy world but rather deals with fantastical elements. It also deals with difficult topics like sexual violence.