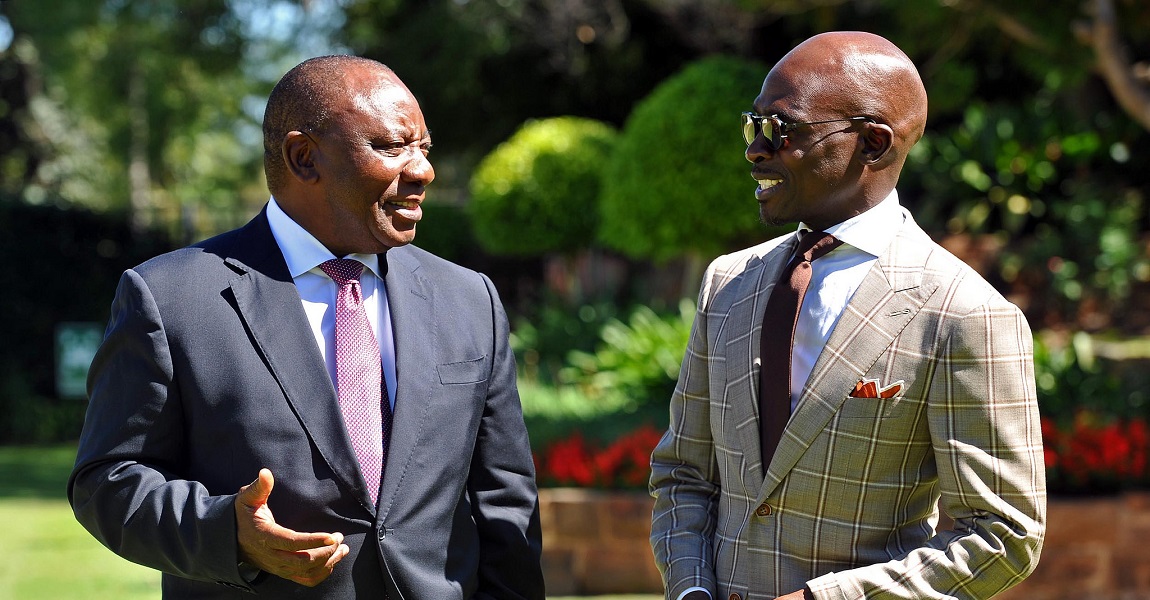 It’s just another day of South African politics: the (now former) home affairs minister Malusi Gigaba has finally caved to the pressure from President Cyril Ramaphosa and quit his job… Gigaba has not resigned from his position as a member of parliament though. “Minister Gigaba indicated in his letter of resignation that he was stepping aside for the sake of our country and the movement to which he belongs,” the Presidency said in a statement. The president has asked transport minister Blade Nzimande to step in for Gigaba for the time being.

Gigaba has been headlining in recent weeks after the Supreme Court of Appeal (SCA) and the Constitutional Court basically called him a liar by upholding an earlier finding that he lied to the High Court in the Fireblade saga. Even the public protector recommended that Ramaphosa take action against him. This is not even mentioning his leaked sex tape. Let’s just say Gigaba’s political career has been a colourful one. Here are five things he’ll be remembered for.

Before that, in October, the 34-second video had been circulating on social media. And it was all people were talking about on Twitter. Gigaba later apologised and said it was meant for private use between him and his wife. He said the video had taken from his phone when it was hacked and been part of blackmail and extortion attempts, dating back from his appointment as Minister of Finance in March 2017.

The internet might never let him live it down.

Gigaba is no stranger to sex scandals. Remember that time Gigaba’s wife Norma Gigaba and girlfriend Buhle Mkhize publicly fought on social media? In 2015, Gigaba’s then-girlfriend Mkhize wrote an open letter about the affair she allegedly had with Gigaba. The two met in DMs on Instagram and “realised they shared the same sense of humour”. A four-day visit in Cape Town and a few cash gifts (one of which was for R 288 000) later and Mkhize wrote the open letter published in Just Curious. The two women had it out on social media but eventually apologised. Talk about spicy. But it seems that Gigaba and his wife have patched thing up since.

~ Well, #BuhleMkhize did warn #NormaGigaba to stay away or she will drop files on #MalusiGigaba … Hell hath no fury like a woman scorned pic.twitter.com/sLF876c0If

Then there was the whole lying under oath thing.

Gigaba and the Oppenheimers: losing against White Monopoly Capital (WMC)

Sex scandals aside, Gigaba has been seeing flames politically. Gigaba was summoned before Parliament’s portfolio committee on Home Affairs to explain whether he had given permission for the Oppenheimer family to run the Fireblade Aviation terminal at OR Tambo International. Gigaba obviously denied this. Then the Oppenheimers told Parliament Gigaba had lied about not approving the construction of the terminal. To make matters worse, he Constitutional Court even dismissed Gigaba’s leave to appeal against the Fireblade ruling. Public Protector Busisiwe Mkhwebane released a report saying that Ramaphosa must act against Gigaba for violating the Constitution and two ethics codes. This came after a high court found that he had lied under oath and violated the Constitution by reneging on the approval in February.

As folk on Twitter note: it’s difficult to win against WMC.

Biggest lesson I’ve learned from #MalusiGigaba resignation is that…

NEVER GO AFTER THE OPPENHEIMERS.

SA belongs to them.

WMC runs the country, they take decisions, ANC implements. If they don’t want you, you’re gone, and no one calls that as ‘State Capture.’  #MalusiGigaba pic.twitter.com/pJVNEXNfIy

Gigaba and the Guptas

What #MalusiGigaba did today is no surprise at all‚

Maybe the only sad part about his resignation is that Gigaba was one of the only â€œyoungâ€ ministers left in cabinet. The Thuma Mina cabinet is packed with veterans. When he was the finance minister Gigaba was hailed for quoting US hip hop artist Kendrick Lamar in his budget speech. Gigaba spoke of the country’s economic downfall by referencing Lamar’s song Alright, and saying: “We gonna be right… We gonna be alright”.

#MalusiGigaba was the only “young” Minister left in Thumamina’s cabinet, even though he’s in his forties. Now that he’s Gone we are left with pensioners only but Thumamina claims he’s all about the youth and it’s future. Our colony has no youth representation at all. What a joke!