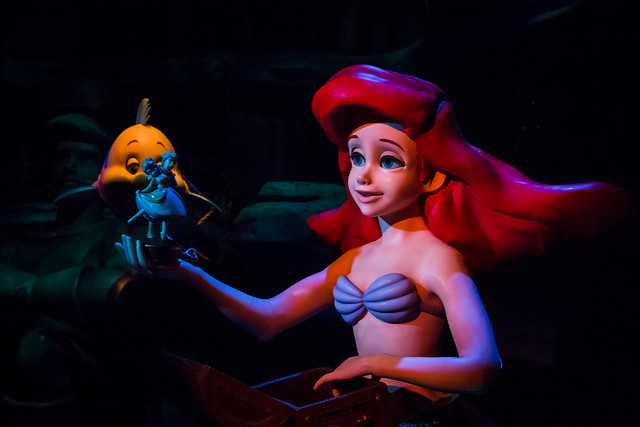 If you haven’t heard by now (where have you been?), the Disney classic, The Little Mermaid is being rebooted as a live-action adaptation and – wait for it -, Ariel got cast – wait for it – and she is BLACK! Disney announced on Wednesday that young singer and actress, Halle Bailey has been cast as the lead. And we are in love. Is it me or is Disney pulling all the right strings these days? We are not going to argue whether the casting was a good choice or not (because we love it), but we will give you our top 5 reasons why we love the choice.

For the longest time, black people everywhere have been asking for Hollywood to be more diverse. Disney has, clearly, been listening. Disney owns the Marvel Cinematic Universe (MCU) and gave us Black Panther in 2018. Not only did Black Panther have the biggest black cast in a comic-based movie but also had many people of colour behind the scenes.

Disney is continuing on the diversity-train and we’re riding with them. Halle Bailey is a young beautiful black woman with talent for days! Her vocals cords are flawless but more on below. The 19-year-old actress has shown great talent already, having started her YouTube channel with sister Chloe in 2006 and starring in ABC’s Grown-ish. We cannot wait to see her as Ariel.

Number 4: The Racists Are Freaking Out

From movies like The Great Wall to Ghost In The Shell, Hollywood is no stranger to whitewashing. However, when people of colour complained, we were told to get over it or make our own content. Now when people of colour are being cast in films, the same white people want to cry about it; with the hashtag, #NotMyAriel trending on Social Media. Example below:

There’s nothing that proves talent and capability (apart from reason Number 1) more than accolades and Halle Bailey has something worth showing off: Two Grammy Nomination. Yes, you read that right. Grammy Nominations. Two.

Bailey and her sister Chloe were nominated for ‘Best New Artists and ‘Best Urban Contemporary Album’ at the 2019 Grammy Awards. I mean, what more convincing do you need? If you need some, these last points will sell it.

With Bailey in the starring role and The Little Mermaid, a Disney princess movie, probably going to be a musical (obviously), we can rest assured that Bailey will be a pleasure to listen to.

Bailey and sister Chloe, started their YouTube channel in 2006 doing covers of popular pop and R&B songs. Now, they have over a million subscribers. Just listen to Bailey’s cover of the classic, Unforgettable by Nat King Cole.

If Beyoncé likes something, we all do. It’s Queen Bey, I mean come on. Chloe and Halle Bailey are known as the Beyoncé proteges after Queen Bey signed the duo back in 2015, offering them a one million dollar contract that will span six albums.

Anyone who catches Beyoncé’s attention is definitely deserving of ours. The duo went on to appear in Beyoncé’s video album, Lemonade and also opened for Beyoncé at the European leg of The Formation World Tour and again for Beyoncé and Jay Z at the US leg of the On The Run Tour II.

I mean, if Beyoncé sees the talent, who is anyone to not?