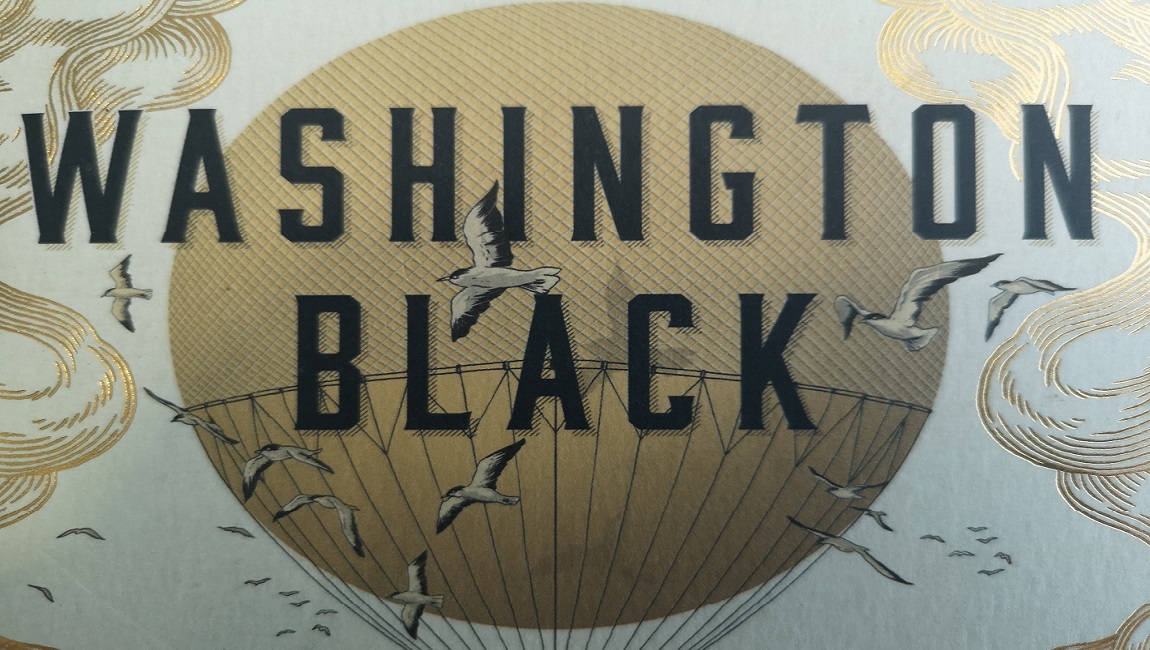 Can a person who was enslaved ever be free? This is the question Canadian author Esi Edugyan grapples with in her masterpiece novel: Washington Black. The book tracks the journey of a gifted young boy born into slavery on a Barbados plantation, who forms an unlikely bond with his master’s brother. In the book readers journey from the Caribbean to the Arctic exploring themes of identity, freedom, humanity, friendship, love, betrayal, and redemption. Here a five reasons to give the novel a read.

The plot is exceptionally captivating

The book is loosely based off of a little tidbit in 19th century history.Â Back in the 1850s, British aristocrat Roger Tichborne was shipwrecked off the coast of South America and presumed dead. A decade later, his mother Lady Tichborne was tipped off that her long-lost son might be alive in Australia and offered a reward for information. A butcher named Thomas Castro claimed to be her son, and Lady Tichborne sent Andrew Bogle – a former slave stolen from a Caribbean plantation to become a family servant – to verify Castro’s identity. Believing Castro to be an imposter, members of the Tichborne family took the case to court and Bogle became a main witness for the defence. The trial became one of the longest-running criminal trials in British history. Edugyan became intrigued by the hidden narrative of Boglea’s life and her story and the character of Washington Black departs from there.

Washington Black (or Wash as he is known in the book) was born into slavery in the fields of an 1830s Barbados sugar plantation. Wash was randomly selected to become a manservant to abolitionist and inventor Christopher Wilde, known to his friends as Titch. Titch expected Wash to assist him with his experiments, including building a hot-air balloon dubbed the Cloud-cutter. Wash has a natural talent for art and observation which means he becomes valuable to Titch’s endeavours. However, there are vast imbalances in their relationship which are explored in the pages of the book.

After an unfortunate turn of events, Titch helps Wash escape the plantation in the Cloud-cutter. But a bounty is placed on Wash’s head and the fear of being found chases him. Wash is later abandoned by Titch in the Arctic and embarks on a personal journey through Nova Scotia and Europe in search of Titch – and himself. It is impossible for Wash to escape the violent reality of being a black man, especially with a bounty on his head. But eventually he becomes an accomplished artist and marine biologist with his own personal definition of freedom.

It’s true that slavery was abolished a long time ago. But many people still experience enslavement. Enslavement is not necessarily physical – although it can be, and is a reality for those who labour under horrendous conditions, for example -, but it can be emotional and physical freedom too as well. In the book Wash has to grapple with what it means to be free to carve out an identity for himself that is not tethered to slavery.

“It’s a book about him coming into himself,” Edugyan said in an interview with The Star. “Washington gains a sense of personhood and agency over his body and his thoughts. He goes from a place of utter powerlessness and irrelevance to becoming who he is.”

Besides the theme of freedom there is a theme of humanity and morality and an exploration of how slavery infiltrated personal relationships both romantic and platonic. It writes the relationship between Titch and Wash which evolves from master and slave to naturalist and assistant to an almost-friendship. But the vast power disparities between the characters and the disfiguring institution of slavery creates a large gulf between the two that is near-impossible to overcome.

Above all the book examines what it means to be human, who is afforded humanity, and for what purpose which remains a relevant theme in current times.

The story is beautifully told

Edugyan has a way of transporting the reader to centuries earlier, into the life of a black boy grappling with what it means to be enslaved and to be free. There are vivid descriptions of the violence and brutality of slavery. On the other hand there are beautifully soft descriptions of love and art and science. Edugyan’s style of writing is entertaining and fresh. It’s easy to be transported from Barbados to America, the Arctic, Nova Scotia, Europe and North Africa.

Better still, the characters in the book are interesting and well-developed. Especially the protagonist who is also the narrator of the story. In a world that seems devoid of empathy for the other, Edugyan writes Wash in a way that is so relatable. It’s easy to empathise with Wash, to feel his anguish and his joy, his uncertainty and his assurance. Perhaps that’s the point, to gather empathy and experience that which is beyond your circumstances.

Washington Black is written by a black woman (Which matters!)

In 2015, writer Kamila Shamsie made a public appeal against the gender bias in the books world, calling for a dedicated year of publishing women only in order to redress the inequality. Shamsie pointed out that under 40% of novels submitted to the Man Booker prize in the five years before were by women.

As a black woman Edugyan emerges as a fresh and important voice that challenges these statistics. She also explores her positionality as a Canadian black woman born to parents who immigrated from Ghana. In an interview with Macleans, Edugyan says all her books are about belonging. “All of my novels involve the struggle to belong. Because if you are not allowed to be who you feel yourself to be, it can be intensely painful. In the novel, Washington Black is struggling to find his foothold. Displaced people are still experiencing this and that interests me,” she said.

It’s also notable that her voice is being recognised with the elites in the book world.

The awards and accolades for the novel are stacking up

If none of the other reasons piqued your interest, read the novel because all the book boffs think it’s worth reading. The novel has been listed on both TIME magazine and the Washington Posts’ Top Ten Books of the Year lists. It’s been shortlisted for the Man Booker Prize and is a finalist for the Scotiabank Giller Prize. Edugyan is also nominated for the Rogers Writers’ Trust Fiction Prize for Washington Black.

She was also named as one of three finalists for the Carnegie Medal, which was established in 2012 by the Carnegie Corporation of New York and the American Library Association to recognise the best fiction and non-fiction published in the United States.

With Washington Black, the author has cemented herself as an important literary voice. Her 2011 book Half-Blood Blues and her 2004 debut The Second Life of Samuel Tyne both received acclaim.

Awards aside, you really don’t want to miss out on this gem.

Washington Black is published by Serpent’s Tail and distributed locally by Jonathan Ball publishers. It is available for purchase at most good bookstores and online for R 295.