Finance minister Malusi Gigaba tabled the budget for the 2018 year, announcing a new tax regime, including an increase in value-added tax (VAT) since the democratic dispensation, and increases to personal income tax, to plug a massive revenue shortfall in the government budget, as well as free education.

He said: â€œDespite an improved outlook, government still faces a revenue gap of R48.2 billion in the current year, which carries through to the outer years of the medium-term expenditure
framework. In addition, the December 2017 announcement of fee-free higher education and training entails large new allocations over the medium term. In response, government has made significant changes to the fiscal framework. Firstly, new tax measures raise an additional R36 billion in 2018/19, mainly through a higher VAT rate and below-inflation adjustments to personal income tax brackets.â€

He announced an effort by the treasury to shield the very poorest of South Africans from the effects of his tax increase, saying: â€œThe current zero-rating of basic food items such as maize meal, brown bread, dried beans and rice will limit the impact on the poorest households. Vulnerable households will also be compensated through an above average increase in social grants. Some relief will be provided for lower income individuals through an increase in the bottom three personal income tax brackets and the rebates.â€

He also announced a new carbon tax bill, to be phased in from 1 January 2019, and tougher fiscal measures to curb marine and other types of pollution.

â€œGovernment will phase in fee-free higher education and training to students from poor and
working-class families,â€ he said.

â€œThis means that all new first-year students with a family income below R350 000 per annum at universities and TVET colleges in the 2018 academic year will be funded for the full cost of study. This will be rolled out in subsequent years until all years of study are covered. Returning NSFAS students at university will have their loans for 2018 onwards converted to a bursary. This is an important step forward in breaking the cycle of poverty and confronting youth unemployment, as labour statistics show that unemployment is lowest for tertiary graduates. Higher and further education and training is being made accessible to the children of workers and the poor,â€ he said.

However, buried in the budget review document was the cyanide in the punch: cuts to other education programmes in the medium term, including goods and services.

Gigaba also announced a R3.8 billion allocation to the school infrastructure backlogs grant to replace 82 inappropriate and unsafe schools, and provide water to 325 schools and sanitation
to 286 schools.

4. New funding for drought relief
Gigaba announced new measures to tackle the drought currently engulfing parts of the western part of the country, saying: â€œNational government will continue to work with municipalities to respond effectively to the water crisis. Government stands ready to provide financial assistance where necessary: a provisional allocation of R6 billion has been set aside in 2018/19 for several purposes, including drought relief and to augment public infrastructure investment.â€

â€œGovernment is concerned by the potential job losses in vulnerable farming communities as a result of the drought. We are therefore exploring the option of partially mitigating losses by temporarily increasing intake in the Working for Water programme. Allocation for drought response funds for water infrastructure projects and EPWP will be made in the Adjustment Budget. To provide short term assistance, this budget includes disaster relief grants for provinces and municipalities worth R473 million in 2018/19. Other conditional grants can also be reprioritized to respond to disasters if necessary,â€ he said.

The WC drought is battering the agricultural industry

5. No nuclear deal!
Just as important as what Gigaba said was what he didnâ€™t say: there was no funding made available for Zumaâ€™s much-loved nuclear deal.

Asiyifuni i-nuclear, as Zuma once sarcastically said. As it turns out, we really donâ€™t want a bloated, expensive nuclear programme when the countryâ€™s energy needs can be met through cheaper, renewable means.

Watch the full budget speech below: 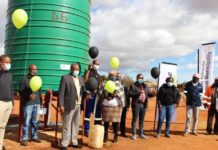 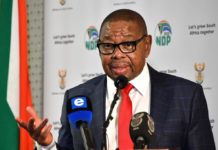