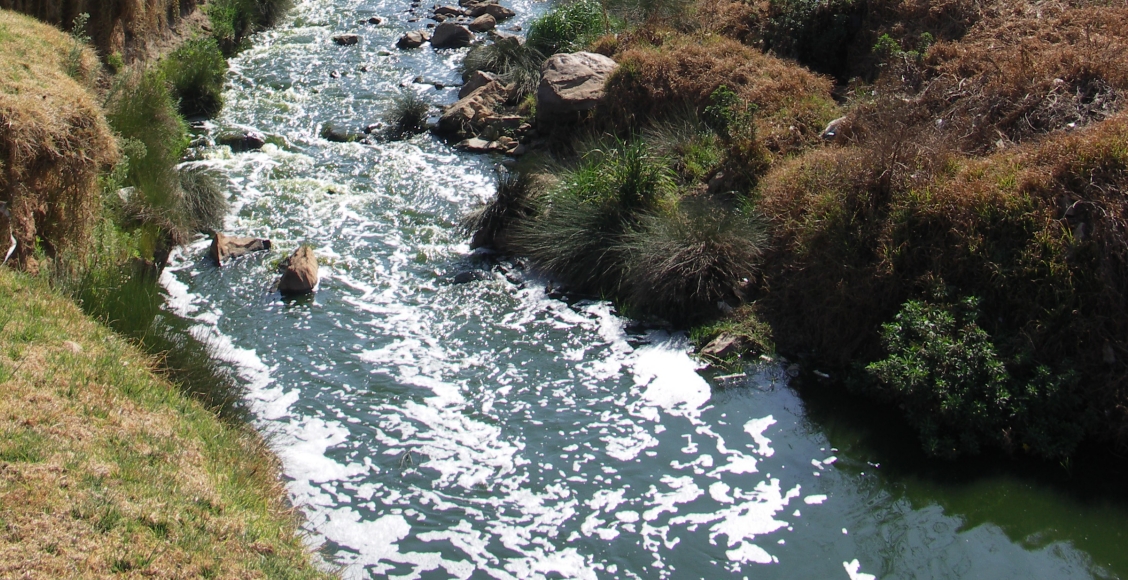 Raw or partially treated sewage flows into rivers throughout the country, turning dams green and killing people who drink the polluted water. From big metros such as Johannesburg to towns like Villiers in the Free State, what is flushed down the toilet either escapes out of broken pipes or from the plants meant to treat it back to safe quality.

At best, the high levels of coliform bacteria such as E coli from human faeces â€“ dangerous pollutants â€“ choke the natural life in dams and rivers. At worst, people die. Sometimes this makes headlines, as happened when three babies died in 2014 after drinking polluted water in the North West town of Bloemhof. Most of the time, it does not.

In the past six years, the Mail & Guardian has visited 36 wastewater treatment plants around the country. Few worked properly.

At one plant, in northern Limpopo, operators used a handbook with a third of its pages missing to calculate how much chlorine and lime to add to their treatment process. The ratio, meant to be informed by sampling and laboratory results, was done by guesswork. An operator said they got the job because they knew the plantâ€™s manager. â€œThe person doing this before quit and that other guy [his colleague] said: â€˜We just use the manual.â€™â€‰â€ He was not trained.

Similar cases are captured in the annual Green Drop Report produced by the national water and sanitation department as a way to try to keep track of what is happening at plants. Because the plants are run by municipalities, the national department has little jurisdiction over what they do, so it uses the reports to shame them into action. These reports are no longer released to the public.

The M&G has previously reported that the Green Drop documents contained such damaging evidence it would enable people to sue the government.

The 2013 report noted that less than 10% of the countryâ€™s 824 plants were releasing clean water. The rest were breaking the law, with a third rated as â€œcriticalâ€ and in need of urgent repair.

This equates to 50 000 litres of untreated sewage released every second.

This state of affairs is caused by a lack of maintenance. Global best practice is for a municipality to spend 15% of the value of a plant on its maintenance each year. But maintenance budgets are often where corruption hits hardest. Delmas in Mpumalanga, where raw sewage from two wastewater treatment plants is making people down river ill, is a good example.

The treasury says half of the municipalityâ€™s spending is â€œfruitless and wastefulâ€. Only 1% is spent on maintenance.

The consequences are devastating. The Council for Scientific and Industrial Research (CSIR) calculates that 60% of the countryâ€™s water bodies are eutrophic, which means that the water is so rich in nutrients from sewage that it is green and hyacinths cover the surface. It isnâ€™t only a rural problem; Hartbeespoort and Bronkhorstspruit dams in Gauteng are also green.

In 2009, a special edition of the South African Medical Journal noted that 85% of the countryâ€™s sewage infrastructure is â€œdilapidatedâ€. This state of affairs would lead to an â€œepidemiological nightmareâ€. South Africa has one of the worldâ€™s highest rates of mortality for children under the age of five. About 10% of those deaths are from diarrhoea. Critically, the journal warned of the effects of E coli and other sewage-related pollutants in a population with a high prevalence of HIV.

There are other, hidden, costs. The M&G has visited plants that are not listed as â€œcriticalâ€, because they dump untreated waste in the veld. This sewage seeps into groundwater. Farmers along the Apies River, flowing north from Tshwane, have found E coli in 100m-deep boreholes.

Yet there is little censure for the polluting municipalities. In Delmas, the sanitation department issued two compliance notices, in 2001 and 2004 â€“ the strongest administrative action one government department can take against another.

It followed these up by giving the municipality R750 000 in 2007 to improve the â€œmanagement capacityâ€ of the sewage plant. Then, R65-million was given to the same municipality to build a new treatment plant. It broke down. Now R54-million is being spent to fix the plant. The 2013 Green Drop Report noted that: â€œStaff attitude [at the plant] is apathetic and unresponsive. Poor management practice is evident.â€

That unnecessarily high level of spending has become the norm. The water and sanitation department handles it under â€œemergency interventionsâ€. In one such intervention, in Deneysville in the Free State, R15-million was budgeted just to make an emergency repair to a plant that was releasing untreated sewage into the Vaal Dam. A further R142-million is being spent on a new sewage plant.

A Blue Scorpion investigator, from the unit at the sanitation department, says municipalities have found a way to do no maintenance and get free money to fix the problems this causes.

In areas where the ruling ANC is unpopular, and before elections, this means the minister responsible wants a quick fix, they say. â€œMunicipalities know all of this so continue stealing maintenance money and wait for us to jump in to their rescue when things break.â€

The investigator adds: â€œWhen a plant breaks and people get sick, you [the press] blame us.â€

A 2013 probe by the South African Human Rights Commission found that â€œofficials were accused of corruption as tenders were often awarded to family members or friends who were unable to complete the job promptly or adequatelyâ€.

Two engineers who make a living from these emergency interventions say there are at least 24 a year. One says: â€œThere was a case [in 2014] when the minister [of water and sanitation] called me on a Saturday [after protests had turned violent] and told me to be on site on the Monday. That costs.â€

These teams treat the solid excrement, which would otherwise resist even the attentions of a jackhammer, and remove it so the sewage works can be fixed.

In response to questions on these interventions, the department sent a list from May 2016. The 16 interventions listed tally up to nearly R200-million.

The M&G has seen a recent list for Mpumalanga, the Free State and Mpumalanga, which shows that R360-million was spent on 24 plants. Other numbers are difficult to find.

In 2015, the department said it needed R293-billion to fix and upgrade all the water and sewage infrastructure in the country.

An official in its planning department says it is hard to give an exact cost for sewage alone, because plants break down unpredictably. â€œInstead of the small cost of regular maintenance, we keep having these expensive, emergency interventions.â€ This ranges from R2.4-million spent in the Free State town of Parys to the R46-million spent on the Ermelo plant in Mpumalanga.

The official says a rule of thumb is R10-million a plant. With some 750 plants needing repair and upgrade, that works out to R7.5-billion.

â€œThatâ€™s a once-off cost, which you could almost accept if it was the end of it,â€ the official says. â€œBut we know each plant will be back to the same place in a decade, so you have this deep, dark hole that youâ€™re just throwing money into.â€

Talking about this frustrates the officials, because it is unnecessary expenditure.

And it is not a new problem. In its 2006 State of Municipal Infrastructure report, the CSIR found that plants were â€œproducing effluent that is little distinguishable from the raw sewage going into the worksâ€.

It concluded that it was â€œillogical to build more wastewater and sewage infrastructure without addressing the underlying factors that lead to the failure of this infrastructureâ€.

Reporting by Sipho Kings. This article originally appeared on the Mail & Guardian.