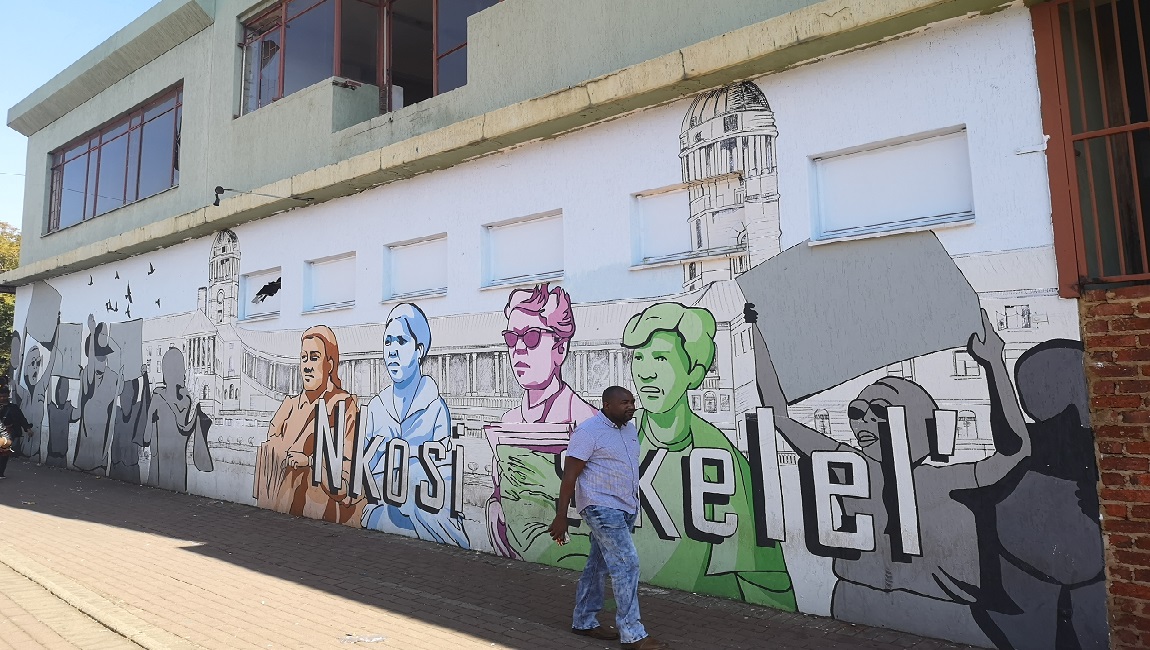 On August 9 1956, thousands of women marched to the Union Buildings. They were marching against the apartheid pass laws. Led by Helen Joseph, Rahima Moosa, Lilian Ngoyi and Sophia de Bruyn, thousands marched. We remember their struggles and efforts every year on August 9. The struggles of all women anti-apartheid activists have been remembered through song and poetry. Here are some of these poems and songs.

Check out this resource from Google which shows what happened on August 9 1956.

Published in the 1980s, this is an anthology. It is an anthology of South African women’s protest poetry issued by the women’s section of the African National Congress (ANC). The collection was edited by Sono Molefe aka Lindiwe Mabuza. In the late 1970s, Mabuza sent out a call for poems written by women from the ANC. Reissued in 2020 by permission from the editor, it re-established a place for women artists in the history of South Africa’s liberation.

A copy of the anthology is available to view at the Nelson Mandela Centre of Memory. Read the preface, forward and introduction here.

This was the rallying cry of the women who marched on August 9. It means “You Strike a Woman, You Strike a Rock”. At the time, the song symbolised the courage and strength of women fighting the apartheid system. It is now a rallying cry for gender equality and the need for recognised rights of women. It is the words from the famous resistance song that symbolise the courage of women who refused to give into oppression without protest.

5 Women Who Fought Racists And Patriarchs For Our Freedom

Jamaican-American poet June Jordan presented this poem at the United Nations on August 9, 1978. It was a poem in commemoration of the 40 000 women and children who protested against the “dompass” in the capital of apartheid.

“And who will join this standing up

and the ones who stood without sweet company

will sing and sing

back into the mountains and

even under the sea

we are the ones we have been waiting for”

In her collection, Taking the Arrow out of the Heart, Alice Walker has a poem where she mentions Winnie Madikizela-Mandela. The poem is called “Burnt Offerings” and looks at the children who were put in cages. Walker remembers how Winnie Mandela’s solitary confinement in prison changed her.

“Remembering too, the great Winnie Mandela

who endured almost a year

When she emerged from prison

the isolation, the humiliation, and the company

Sophie de Bruyn In Her Own Words

We thank the women

This praise poem by Gcina Mhlophe was written to honour Nokukhanya Luthuli. However, Mhlope honours all women in the struggle in the poem. In this poem, Mhlope recognises the icons of struggle and the sacrifices they made. She also recognises the ordinary women who struggled to bring food for their children. They had to survive in a society that discriminated against them as black women workers.

“May the lives of all these women

Be celebrated and made to shine

When I cry out Mama Nokukhanya’s name

And we who are young, salute our mothers Who have given us

The heritage of their Queendom!!!””

Mother, woman: the Revolution is you

The ‘Women’s Voice’ was a newsletter issued by the Natal Organisation of Women (NOW) in 1985. This poem was featured on page 16 of the newsletter. It recognised the triple oppression many women activists faced. Women activists occupied a difficult space during the struggle of balancing their many roles.

Walk and raise your fist,

Affirm your desire to be free.

You are soil. You are sap.

You are strength. You are work.

Thus you are life.

Mother, woman: the Revolution is you.”

This is a poem by Kelmakoy. It commemorates the march of August 9 and the struggles the women faced.

“Most remember the hero’s of this country

Forgetting about the heroines who struggled with the hero’s just because they would never let us, their children live our lives in this system they loathed

The mothers of the nation

The ones who decided, No. We will not go down silent and unheard”