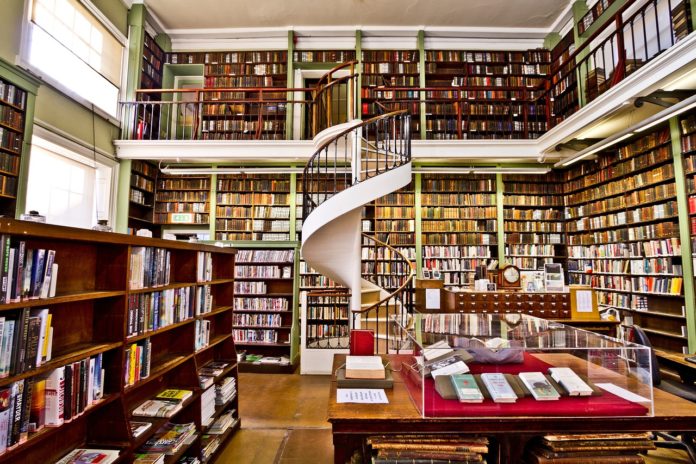 Winter time in South Africa is when the days are cold and the nights are long. This time of the year can be a very sad time. It’s often too cold to go out leaving you stuck indoors with ample time on your hands. This makes it the perfect time to escape to sunny shores and warmer days. The Daily Vox team has put together a handy list of “summer” books to waste away the time.

In this latest release from Jenn Bennett, Serious Moonlight combines mystery and magic to make for a thrilling story. Set in a mysterious Seattle hotel, the book follows Birdie Lindberg. Birdie lost her mom when she was very young and was brought up by her strict grandmother. She spends her time reading mystery novels and living vicariously through them. Starting a new job this summer, Birdie is hoping to reinvent herself and find an adventure for herself. Together with the interesting Daniel Aoki, Birdie spends the summer solving the mysteries of the hotel and her family. It ends up with her trying to find a solution to the biggest mystery of all: the answer to her heart. There’s the awkwardness of first loves and romances and summer in the city – what more could you ask for.

If the beautiful cover doesn’t draw you, this story will. Written by Nina Moreno, Don’t Date Rosa Santos is about curses and first loves. However, the ultimate summer holiday vibes of the book’s setting is an immediate pull-in. The book is set in Port Coral, a quirky seaside town in Florida where it seems like summer is all year round. Main character Rosa’s grandmother is from Cuba and there is plenty of reference to the beauty of Havana which makes for pleasant reading. There is a family drama, strong female characters and a town organised “Save the Harbour” project. The book deals with intergenerational trauma and memory which takes a cute book and makes it truly powerful.

With the Fire on High

Emoni Santiago has a lot going on. She has to work to put herself through school as well as her four-year-old baby girl. Add in a mostly MIA dad and worries about the future sums up what is going with Emoni. However, she’s in her senior year at high school and this year the school has added a culinary class. If there is one place that gives Emoni peace and clarity it’s the kitchen. Using just a few ingredients, Emoni can reduce people to tears and bring back lost memories with her dishes. This is not a book to read on an empty stomach especially when Emoni is whipping up some delicious stews and desserts. But it is a magical read.

There’s Something About Sweetie

Sandhya Menon’s books are like Bollywood movies in young adult form. All of her books read like a well-written melodrama complete with songs, angst, disapproving parents and happy endings. In her latest release, we meet Sweetie. She is a highschool student on the track team whose mother think she is overweight. Sweetie is not about that life and is totally confident and comfortable in her own skin. The best part of this book is that while the romance between Sweetie and Ashish is totally adorable, it isn’t the main part. The story is actually about Sweetie learning to love herself and show her mother why that’s so important.

Somewhere Only We Know

K-pop is the hottest thing at the moment. You just can’t escape it. Whether it’s playing on the radio or the biggest stars appearing on all of the shows, these Korean pop stars are everywhere. In her latest book, Maurene Goo brings together two unlikely leads: a K-pop star and a tabloid photographer. Lucky is tired of her life of a K-pop star. She loves performing and interacting with her fans but is so over all of the things that come with fame. Escaping her manager, she meets Jack, a tabloid photographer out to make a big break. The two spend the day together but when Lucky finds out who Jack is, the real drama begins.

A train trip across America with a stranger sounds like a combination for a slight disaster. Well, that’s the premise for Field Notes On Love. Hugo had planned to go on a trip with his girlfriend before she dumped him. Stuck with a non-transferable ticket for a Margaret C, Hugo finds a new Margaret C to accompany on the trip. The pair are from opposite ends of the world and don’t know anything about each other. Just like the gentle lulling of a train, this book is a lovely and slow-paced look at what happens when stepping out of a comfort zone.

A fantasy book set in Seoul reading like a Korean drama sums up Wicked Fox. Part of a series, this book is about a mythical Korean creature, the gumiho which is a nine-tailed fox. Minyoung is part gumiho and part human. She and her mother who is full gumiho are always forced to be on the move when their “lifestyles” are exposed. In order to survive, they have to feed on the “gi” or souls of men. Minyoung hates what being gumiho means especially as it prevents her from being a normal teenager. While attending her new school, she meets Jihoon, a seemingly carefree boy with some dark secrets of his own. The various twists and turns of the book will leave you wanting that second book as soon as possible.

Black Enough: Stories of Being Young & Black in America

Black Enough is not just one story but a whole anthology of different stories to suit everyone’s tastes. Ibi Zoboi, National Book Award finalist edited this collection of works. It looks at the daily experiences and struggles of black teens across the country. The anthology features young people from a whole spectrum of backgrounds. There is urban and rural, wealthy and poor, mixed race, immigrants, and more. Some of the best of the best from YA have added their voices to the collection making all of the stories masterpieces.