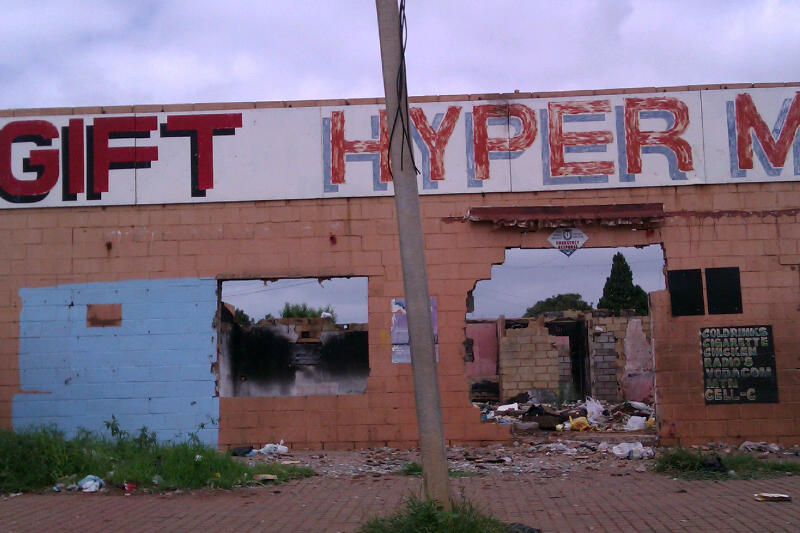 It is often said that the grass is greener on the other side, but that is not the case when you pay a visit in either Kliptown or Bekkersdal, writes UYANDA SIYOTULA.

They are geographically located in the south and the west of the City of Gold, but the living conditions resemble no gold-like life, and are rather unpleasant, to say the least. And they are not as distinct in character as I had imagined, given that they are on the different ends of the city. They both lack basic services; water, proper shelter, sanitation and electricity.

Both places bear testimony of the failures of our government and the shortfalls of development of the country.

Growing up in a township fooled me into thinking that I knew what hardship is. But it was not until I visited these two areas and spoke to affected people that I could actually understand the true meaning of the term. When hardship, pain, sorrow and hopelessness is written in the eyes of your interviewee as they relay their hurtful experiences, you cannot help but relate to their pain.

The recent floods shattered the lives of Kliptown shack dwellers, and, as the 30-year-old woman explained, yearly damage control strategies have become rituals.

Their yearly ritual is to go to the community hall for safety as their belongings are being swept away by angry waters. Then they go back to their abandoned homes to rebuild, fix, clean and live poorly ever after.

What saddened me most was when a 19-year-old man described Kliptown as hell, implying that no one really wants to stay there, but they do because there is nowhere else to go. What does this say about our government? Hell is not what Tata Madiba promised us back in 1994, unless hell is a synonym for freedom.

Even worse, the Freedom Charter was adopted at the Congress of the People in Kliptown on June 1955 but residents of this area arenâ€™t reaping any of its benefits.

What I love about Bekkersdal is that they are a community who make unanimous decisions. They are also not afraid to shout at the government through protests, and I commend our media for capturing their cries. The cries from Bekkersdal are no different from those in Kliptown.

What worries me are the bullets targeted at those who try to stand against the government of the area, as has always been the case. But the community is unshaken in their decision that they will not vote, claiming that they have not seen the democracy they have been promised. As an outsider, you could think that is an unwise decision, and I am one of the people who previously thought they were denying themselves their hard-won right to vote.

It is not until you put yourself in their shoes, neglected for 20 years and living poor with no water, no jobs, no houses, no electricity and no real quality of life, that you begin to understand.

I honestly feel that the term â€œinformal settlementâ€ does not begin to capture the essence of the living conditions I witnessed during my visit to both these areas. It reminded me of a movie, Slumdog Millionaire. I believe that if our government officials, including the President, were to use the term “slum” instead “informal settlement” in their speeches, then theyâ€™d be pushed to deliver services. No one wants to govern a nation populated by slums.

As it seems, some of our problems arise from the misinterpretations of the terms we use to define situations in the post-apartheid era. Maybe our government should go back to the table and redefine democracy and freedom and call a spade for what it is really, is, a spade, and save the people from unrealistic expectations.

No voting in Bekkersdal
Kliptown flood victims speak out