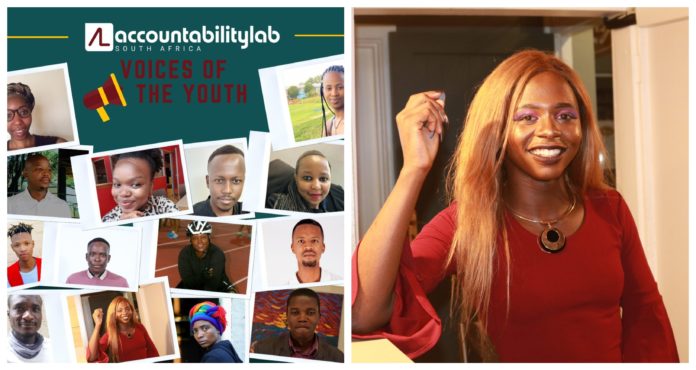 Mr. President, we need to talk.  We are living in a state of false unity and we can’t continue living like barcodes – separate but equal in black and white realities.  The Black South African experience has become so strongly characterised by the constant fight for survival across all classes and identities. The political executions of Black people by the government under the apartheid regime were used to delegitimise and marginalise Black people, their rage and their resistance. By Asonele Phiri (she/her) a journalist from the Gauteng Province.

Mr. President, we could talk at length about the Marikana massacre and your role in it before you became the national “cupcake” – way before we ate the crumbs from the palm of your hand. In October 2017, you blamed the ANC leaders for the MK division. Now tell us, who’s to blame for the division amongst us Blacks? Lest we forget, you said “Thuma mina”, we sent you. Not to be the male Harriet Tubman of our time, but to save this country from the current predicament we have found ourselves in.

Not only have we been plagued by a deadly virus for over a year, but we have also been faced with political unrest from “looters”. I know you want to hash out your concerns about racialising this unrest, but we need to be honest. We have taken the brunt of this unrest. The prevalence of problematising “the Black” has become a part of many media houses’ industry. It is no secret that Black South Africans have always been colored as savage, unclean, socially deviant, and criminal.

The apartheid regime allowed the media to drive archaic stereotypes which normalised the serious long-term socio-economic problems affecting issues in black people and our communities. We’ve seen these media narratives continue to resurface and manifest themselves for 27 years, and especially during the riots.

Now, Mr. President, tell us what you are going to do regarding this? Accountability rhymes with a bank account which is something many of us in this room have not been afforded. Not forgetting the high unemployment rate of the youth of South Africa was 46.3 % in the first quarter of 2021 – before many South Africans had different objectives about the looting of “our” businesses. Could you kindly account?

We need not mention the fact that our ruling political party is filled with patriarchal socialisation that you seem to have forgotten to address so many times and offer an action plan for GBV before and during the pandemic. We need not presume that this patriarchal socialisation operates in the same ways as white male supremacy, and usually for the same reasons, because it objectively does. That is the reason many South Africans continue to live with the same unresolved problems dating back to when you were the secretary-general of the ANC way back in 1991.

From the recent unrest to the perennial triple challenge of inequality, poverty and unemployment, you have not provided an analysis which recognises their cause to be this country’s white supremacist, capitalist and patriarchal history, or a plan of action which directly shakes these systems of oppression at their very foundations.

Mr. President, what tangible and practical plans do you have to rest this political ratchet mess we are faced with?