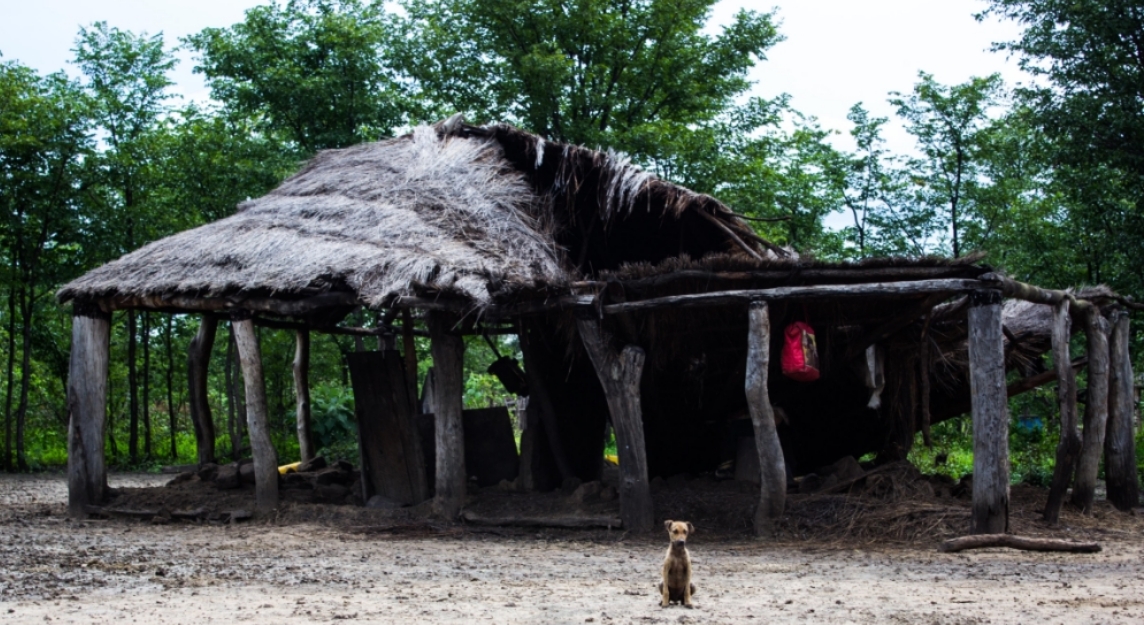 In mid-February, tropical storm Dineo swept across Southern Africa, causing severe damage in parts of Mozambique, South Africa and Zimbabwe. Almost 250 people in Zimbabwe have died during the 2016/17 rainy season, but the trail of destruction left by downgraded cyclone Dineo prompted the government to declare its effects a national disaster. The southern and western belts of Zimbabwe were the hardest hit as schools, bridges, clinics and homesteads were wrecked.

In Sipepa, a rural area on the far western side of Zimbabwe, close to 900 people across five villages had to be airlifted to safety by the air force and an emergency camp had to be set up to house them. Their homes have been destroyed. For more than a month now, they have lived in tents in the backyard of Sipepa Rural Hospital, surviving on welfare from the government and humanitarian agencies. The state is currently working on relocating them to a less flood-prone area, but the process could take at least three months. The long wait is worrying for some, like 97-year-old Rosinah Ncube who feels uncertain over what the future holds. She spoke to The Daily Vox about her concerns.

I need help, I really need help. Since this tragedy struck, I feel like I donâ€™t know what Iâ€™m going to do or where to turn to and this worries me. At night I cannot sleep thinking of what weâ€™ll do, we lost everything to the floods.

We were sleeping when the rains came. It started in the kitchen hut where my three grandchildren sleep. Their screaming woke me up. One of them came running to say the roof was leaking and the rain was pouring in. They came to my hut, but water started coming in from under the door. It spread everywhere. We sat on the bed, but the rain started leaking through the roof.

The raindrops were slow, but steady. I was so scared I thought we would die that night.

But God saved us.

A helicopter came and rescued us early in the morning. I felt like God had saved us and brought us to a safe place. Iâ€™d never been in a helicopter before, Iâ€™d never flown anywhere in my life, but that day I did. It will always be special and I thank God. We came here with a few things, but the rest of our things are still there. I donâ€™t know if we still have anything left or it was all taken by water. The water has gone down so itâ€™s easier to walk there now and the children have gone back to see if any of our goats or chickens are still alive.

In all my time here weâ€™ve never had rains like these. The last ones I remember were some years ago [Cyclone Eline in February 2000], but they were not this bad. I first came to Sipepa as a young woman. We moved from Nyamandlovu [a neighboring rural district] where I was born because my father had found work here. I came with them and I got married here, but my husband died a long time ago. We had six children, but some of them are dead and one lives in town [Bulawayo, the second-largest city]. Itâ€™s just me and these children left here, we survive by farming. This year weâ€™d planted because the rains were good, but now theyâ€™ve washed everything away.

All our maize and groundnuts are gone.

The government says they will help us, but how can they when we have nothing left? People say theyâ€™ll [government] give us a new place to stay, but I donâ€™t know if that is true. How is an old woman like me supposed to start over? My health is not good, my left side is stiff and painful, the nurses say I need an operation and my eyes donâ€™t see well. How will I manage all this and look after my grandchildren? How will they continue school? By Godâ€™s grace we will find a new place to live, it would make our lives so much better. If God has brought us this far, He wonâ€™t let us down.

As told to Tendai Marima, edited for brevity and clarity