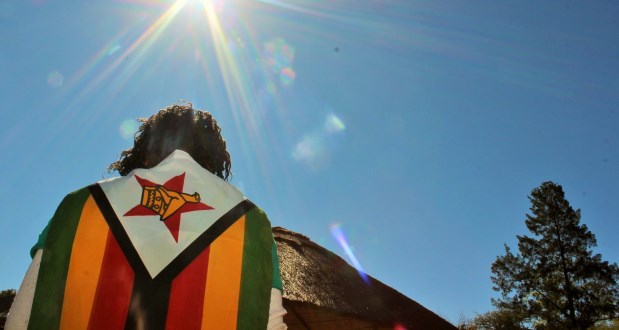 On 30 July 2018, Zimbabwe will be holding general elections to elect a new president as well as the parliament. This will be the first election since 1980 in which former president, Robert Mugabe will not be participating. This, along with various reasons, means this elections will be one that will be closely monitored by the rest of the African continent and the world. The Daily Vox takes a closer look.

In November 2017, the world was shocked when long-standing Zimbabwean leader Robert Mugabe was removed from power by his vice-president, Emmerson Mnangagwa. Mugabe was deposed as leader of the ruling party, the ZANU-PF and he later resigned amidst parliamentary impeachment hearings.

On 30 May, the president of Zimbabwe, Emmerson Mnangagwa announced through the government gazette that the elections would be taking place on 30 of July 2018. A runoff election has been scheduled for September. According to the constitution of the country, the elections must be held before the official expiry date of the current parliamentary term which is to end on 21 August 2018. Mnangagwa will be the official candidate of the ZANU-PF for the election.

The official opposition in Zimbabwe is the Movement for Democratic Change (MDC) which was previously led by Morgan Tsvangirai. It was largely expected that he would be leading the party in the 2018 polls. However, Tsvangirai passed away earlier this year in February after a long battle with cancer. The party then elected Nelson Chamisa as the new leader of the party and the person who would be representing the party at the polls. Tsvangirai had long been a strong opposition to the former president. The MDC, under his leadership, often accused the ZANU-PF of vote-rigging, voter intimidation, and authoritarian behaviour.

Another opposition, the Coalition of Democrats (Code), nominated Elton Mangoma, the leader of the Renewal Democrats of Zimbabwe (RDZ) as their candidate for the elections.Â The coalition is made up of nine parties, namely Zapu, RDZ, Progressive Democrats of Zimbabwe – led by Barbara Nyagomo, Zimbabweans United for Democracy Party (Farai Mbira), Democratic Assembly for Restoration and Empowerment (Gilbert Dzikiti), African Democratic Party (Marceline Chikasha), Mavambo/Kusile/Dawn (Simba Makoni), and ZimFirst (Maxwell Shumba).

Magoma has said they would focus on turning around the economy and job creation, among other priority issues. “We also want to fight corruption and not by word as Zanu-PF do. As far as we are concerned, we are going to fight corruption and build the nation of Zimbabwe to make sure that everyone feels they are Zimbabwean with no first-class or second-class citizens,” he said.

While many are likely to be excited about what the election will mean for the future of Zimbabwe as the country tries to move away from the legacy of Robert Mugabe, many concerns are being raised about the election. On 5 June, the MDC held a protest in Harare where Chamisa presented a petition of demands to the Zimbabwe Electoral Commission (ZEC). The demands included transparency around the ballot printing and an independent audit of the voters’ roll, and removal of soldiers from villages.

Chamisa said if the demands were not met, this could hinder the elections taking place.

“The issue we are demanding cannot be resolved in parliament but is an administrative issue which requires political will,” Chamisa said.

Austin Moyo, the shadow ambassador in South Africa for the MDC-T told The Daily Vox that his party wants to see all the electoral reforms they have called for to be instituted otherwise they will not be participating in the election.

Moyo said another issue is that diaspora voters will not be allowed to participate in the elections.

“We are hoping something will done, if nothing is done there won’t be an election. We can do without the diaspora vote for now, but all the other reforms the ballot papers we cannot go without […] We cannot say for certain but we have burnt our fingers before so if the playing field is not equal, it will be wise to not participate.”

If the results of the election come out in their favour, Moyo says he hopes regional bodies will support them in the transfer of power unlike the 2008 election.

Regarding the importance of the elections, Moyo said the people of Zimbabwe are eager for a new leadership which didn’t come as expected under the leadership of Mnangagwa.