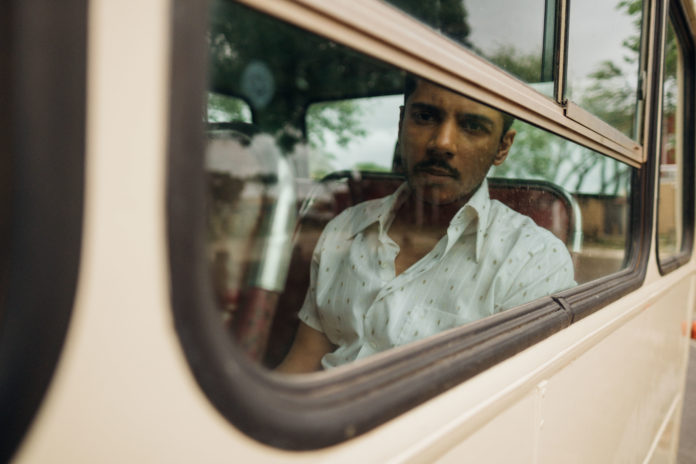 Address Unknown is a short fictional film about one man’s search for his childhood friend who he lost track of after being displaced from District six following the implementation of the Group Areas Act. The Group Areas Act was peak Apartheid policy, aiming to eliminate mixed neighbourhoods in favour of racially segregated ones.  The film was written by anti-apartheid activist Anton Fisher, and based on the lived experiences of a District Six postman Zain Young.

In Address Unknown we witness Joey, a postman observing the many letters he has to mark as address unknown, as no one had forwarding addresses he could send the letters to. Many of the letters belonged to his childhood friend Ebie. We witness a softness about Joey’s longing to find Ebie, so glaringly lacking in South African society at large amongst men. At the same time Joey and his wife have received their love letter, an eviction notice to displace them to Bonteheuwel on the Cape Flats. Despite the unravelling of his own family life and their impending displacement Joey sets out to find Ebie. Tensions have risen in Cape Town at the time with the student uprisings, while Joey goes to visit Ebie once he has his address.

Nadine Cloete, the Director said that the film sparks an intergenerational conversation, and that this type of work is to influence culture. Nadine and the film’s producer Dominique Jossie worked closely with the District Six community to build trust, and pay respect to the history of the residents. They also cast extras from the area really making it a collaborative project. Cloete says working with Irshaad Ally who plays Ebie, Stefan Erasmus who plays Joey and Bianca Flanders as Joey’s wife were effortless to work with. The cast understood her vision, and that rehearsals were more like relaxed conversations. Nadine says that this film is about never being granted the space to just speak, and that it does this ultimately. Lends a voice to the real emotions behind displacement. The impact of the Group Areas Act will be felt for years to come.

In a tragic irony the District Six museum faces possible closure. It recently appealed to the public for donations to keep it open. The Museum was touted to be the venue for the premiere of Address Unknown, but the pandemic stalled this. One of her first directing gigs was shot in the museum. Many creative meetings were also held in the space. Her work is about Black Joy, that at its core is resistant work.

Cloete says it is sad as it is one of very few monuments that showcase the experiences of the displaced community. The museum is not just about painful experiences, as there are many joyous things to see and celebrate. It is actually a multi-layered approach to the narrative of the Black and Coloured people removed from District Six. In keeping with their collaborative approach the music was provided by the Cape Cultural Collective. The Hanover street sign we see in the opening scene is also the original signage.

Dominique added that having a woman-led production lends itself to an empathy and sensitivity that you cannot replicate by being the only woman on set- which is still very prevalent. Pre-production was largely woman-led as well. Jossie added that there are endless stories about District Six she grew up hearing from her grandparents, that she is excited to tell one day in a nuanced way like Address Unknown.

Address Unknown gives us a glimpse into the thousands of untold stories of a community, with the portrayal of a friendship that was almost permanently severed by its effects. The entire mood of the film down to the lighting displays a quiet reverence, that screams at you to delve deeper and know that stories like this deserve to be told, seen and memorialised. A second wave of displacement is highly possible with one of the few places that documents District Six life. One way is to keep the District Six museum open, and to watch Address Unknown.

Address Unknown is available to view online this week till the 20th for free on the Durban International Film Festival Website, under the shorts tab. Nadine has said that they are planning a screening with the District Six Museum. The date is yet to be decided.

Donate to the “love letter” fund for the District Six Museum here.