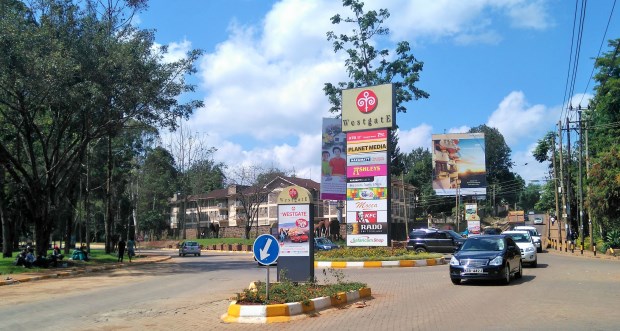 TENDAI MARIMA ponders how much has changed in Kenya as a result of the attacks by Al-Shabaab, and whether the increased security measures are actually making Kenya any safer.

On a side street veering off a busy roundabout lies Nairobi’s multi-storey Westgate Mall. Having tea and (eggless) cake there feels surreal. Watching shoppers and late lunchers do as they do on a sunny afternoon, it’s hard to come to terms with the fact that, almost three years ago, close to 70 people were shot dead by Al-Shabaab gunmen who for four days fought a losing battle against security services.

Every car is checked. Visitors and their bags go through separate scanners, flashed with detectors and, if necessary, they are frisked. Security guards operate checkpoints throughout the four-storey plaza, watching shoppers and talking on their radios. Taking pictures or videos inside is strictly prohibited. This is the state of security in many of Nairobi’s malls, airports, upscale stores and national sites. It’s understandable, given past and ongoing attacks across the country, but you’ve got to wonder how effectively can Kenya beef up security to prevent another assault. Al Shabaab’s targets are so varied and so many, it’s hard to keep track, even Nairobi’s hyper-alertness in high-risk target areas (i.e. where the money is) seems unable to stop the militants.

It is a strange bravado that inspires the likes of President Uhuru Kenyatta and other politicians to insist the Kenyan army will defeat Shabaab, each time the terrorists launch an assault on Kenya. And this same bravado offers little reassurance when Kenya Defence Forces soldiers abandon their bases, or their bodies are brought home in coffins from Somalia. To further aggravate matters, the government’s counterterrorism response in alleged pro-Shabaab areas is sometimes so brutal it does more to alienate people rather than draw them in.

The Garissa University College shootings left roughly 148 dead, including a former law student of the University of Nairobi who was one of the attackers. It’s noÂ big secretÂ thatÂ Kenya’s learning institutionsÂ and less privileged areas are a recruitment site, but how to stop them seems the mystery. Last year, a ten-day government amnesty for recruits saw hundreds returning to Kenya, but they came back into a world of youth unemployment and poverty.

Clearly, I’m no terrorism expert, but as long as poor Muslim youth feel targeted and disenfranchised, the lure of Al Shabaab’s jihad will always seem as sweet as honey. So, maybe rather than constructing a doomed-to-fail 700km wall from Mandera border in the north down to Kiunga in the south, perhaps it’s time to consider withdrawing from Somali soil and invest more in engaging the marginalised and preventing homegrown radicalisation.