Home Features A letter from Bree taxi rank, after an encounter with a Johannesburg...
WhatsApp
Facebook
Twitter
Email
Print 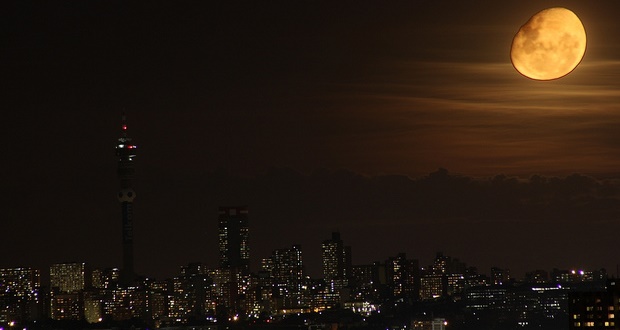 Did I ever tell you about my run-in with one of Johannesburgâ€™s “nightwalkers”?

On my way from the train station to the taxi rank closest to the Nelson Mandela bridge, a tall, well-spoken young man asked if I’d like a cab. Hurrying past him, I said no.

â€œWhere are you going?â€, he asked as I started to cross the street.

â€œHome,â€ I replied, stepping onto the opposite curb, preparing to switch into ultra-power walk mode to avoid the inquisitive stranger.

I paused, seething with irritation and said, â€œRandburgâ€ before stiffly marched on into the night.

â€œYou’re going the wrong way,â€ he pointed out.

â€œOh? I’m going to get my taxi,â€ I replied confidently.

â€œNo, it’s the other way. You’re going into the dangerous area. There are thieves who’ll rob you, sister,â€ he warned.

I froze for a second, speechless and scared. â€œErr, so where is it?â€ I asked meekly.

â€œCome I’ll show you; walk with me,â€ he offered.

And so I did, feeling silly and thankful at the same time. We chatted about Johannesburg, nodding in agreement about the city’s dangers. We laughed at how I’d almost walked into the robbers’ lair and I thanked him for saving me. He told me it was something he did for people because this was a metropolis of thieves. I was touched, thinking he was a rare Samaritan. But it wasn’t just him; they were legion.

â€œYes sister, me and my friends are nightwalkers; we know it’s not safe so we help people. Sometimes we even have to risk our lives and fight off thieves, especially when it’s late,â€ he explained.

Wow, I thought, such heroes.

As someone who’s been robbed in Johannesburg and doesn’t quite know the fast ways of this city, I thanked my lucky stars I’d met this urban warrior dressed all in blue, with bright neon sneakers on his feet, glowing so that they could be seen from blocks away.

As we got to the last traffic light before Bree taxi rank, my hero brought out his invoice.

â€œSo we usually charge people R50 to walk with them. We take a risk, so we have to charge ’cause we could get killed fighting off criminals.â€

I balked. R50 to walk three blocks at 6:30pm? No ways! But he insisted that people often paid. My mouth felt so dry when I told him I couldn’t afford it.

â€œThen leave your cellphone and collect it tomorrow,â€ he calmly suggested.

Gulp. Yes, my life and my phone were worth far more than 50 bucks, but 50 bucks for three blocks?

Having only one red Mandela left after my daytrip to Marikana, I asked him to lower his fee. He suggested R30 instead.

â€œHooray!â€ I screamed inside. I quickly split the R50 and gave him his dues, thanking him profusely, again.

We parted ways then and I was left wondering if Jo’burg’s nightwalkers were real, or if I’d just been hustled.

Have you ever had an experience with Johannesburg’s “nightwalkers”? Tell us about it in the comments.