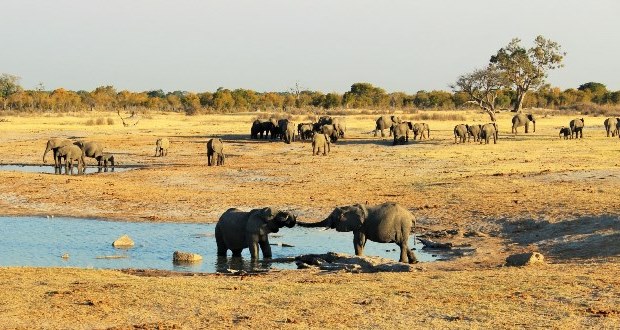 That’s local Tonga for â€œHelloâ€, so they say. Actually I’m not even in Cross Mabale, but I was when I started this letter. By the time you read this, I’ll probably be somewhere in western Zimbabwe after five days’ traipsing around the warm and friendly province of Matabeleland North. Earlier this week, however, I went to Cross Mabale, an easy-to-miss rural settlement off the road to Victoria Falls. Until Monday, I never knew this place existed, but thanks to Cecil the Lion, I found it and I loved it. Maybe not as much as Cecil’s home, Hwange National Park, a place teeming with more elephants than most urban hipsters can imagine, but I loved it still.

I spent two days talking to the good folk of Mabale village and the greater Hwange grasslands where the old lion roamed. When I first heard about the killing, I laughed. How absurd, I thought, all this fuss over a silly wildcat most Zimbabweans didn’t even know existed.

But going to Mabale taught me that I do not speak for others. Neither do the overpowering voice of the world’s media nor justifiably angry urban Zimbabweans speak for a majority-rural country of over 14-million people.

Through no fault of their own, most might not consider these people – the ones who actually lived in the community where the lion was killed – but I’m fortunate to have had the opportunity to talk to some of them about their Cecil.

A few of the villagers milling about Mabale’s shops were a little sad about him, because unlike the other lion the community had had interactions with recently, Cecil didn’t bite people. He brought tourists with money and the hunter was wrong to kill him, they said. There was much heroic tale-telling and laughter over how the brave men of a neighbouring village killed Shupi the troublesome lioness who’d fatally attacked a two-year-old boy. Having tasted human blood, Shupi was likely to strike again. So the villagers did what they had to. They compared the two and debated among themselves about a good killing and a bad killing. After failing to reach a mutual position, we switched subjects.

We talked about unemployment affecting the young and old. They said they needed real jobs with real money. I wondered why this dry, sandy village just a stone’s throw away from prestigious safaris and luxurious lodges was so under-developed after 35 years of independence. Not much aid comes here, but Cross Mabale needs it.

They need schools and skills centres, business projects and investment, far more than they need all the world’s #JeSuisCecil hashtags, tribute notes and teddybears, or politicians’ promises of development for a vote.

If only we cared half as much for these poor rural folk, as we did for their dead lion.