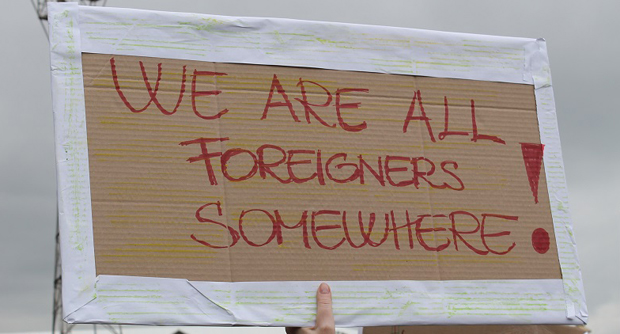 Author ZUKISWA WANNER is tired of crying in helplessness every time attacks against foreign nationals erupt. She wants our government to act â€“ and suggests the way to force action is to #BoycottSouthAfrica.

In 2008, I cried. I was at a literary festival in one of the wealthier parts of South Africa when I got a phone call from a South African woman. She needed a safe place to stay for her and her child. Her neighbours were threatening to kill her for being isfebe to makwerekwere.

The woman I am writing about is my aunt. She is not related to me from my South African side of the family. Rather, she is my aunt because she married one of my Zimbabwean uncles. Uncle Ephraim died in the early noughties, but his widow was still suffering in 2008 for having married him so many years after he died.

Auntie T and her son came to stay with us for a while. During that time, we cursed the idiocy of the man who complained in a news interview that they were killing foreigners (can any African ever really be foreign on African soil?) because â€œthey are taking our jobsâ€, when it later came out that he was a Standard Six dropout.Â We wondered what was going through the mind of a 60-year-old gogo who ran away with her neighbourâ€™s fridge (fridge, I ask you!) laughing. And we were horrified when we saw an audience that laughed and chatted while a human being burnt in front of them.

Then somehow the attacks stopped.

Or they stopped making news.

And as South Africans and as Africans, we moved on with our lives.

As Africans, we talked of the African World Cup. Many among my fellow Africans joined us in that cold South African winter of 2010 as we cheered African teams to a victory we hoped would stay on the continent. As South Africans when our national team lost, we donned Ghanaian jerseys and called them BaGhana BaGhana. As Africans, we collectively cursed Luis Suarez for the goal that was. Before the Ghanaian team left, the City of Johannesburg hosted them in what was akin to a victory parade. Little children in Soweto ran on Vilakazi Street and screamed in excitement. Many of them wanted to be Asamoah Gyan when they grew up.

As I write this, I am in Elmina, Ghana. This morning as I walked along the shores of the Atlantic, I met a fisherman who was in South Africa then. He reminisced and talked favourably of South African hospitality back then and how friendly South Africans were. I wondered then whether we are only African when our football team has failed to qualify for the next round. Then he asked the question I had been dreading. â€œWhy are you now killing your fellow Africans?â€ I donâ€™t remember my answer. I mumbled something. Then I excused myself. And cried. I too have seen the videos, the images, and just like in 2008, this Afrophobia does not make sense.

Whatâ€™s more, I imagine if our government does not act decisively against the killing of our African brothers and sisters in South Africa, I may be writing a post similar to this one again in a few years. And crying again at my helplessness.

I donâ€™t want to cry about the same issue anymore, so I would like to make a suggestion to the world to help force my government to act.

In Zambia and other African countries, it was Black Friday yesterday.

Petition any international bodies that South Africa is part of to suspend them unless and until action is taken. Suspend South Africa from SADC, the AU, BRICS, the UN, the WTO and… and… and…

The world boycotted South African businesses and suspended them from international organisations before and this helped end apartheid. You can do it again to help end Afrophobia.