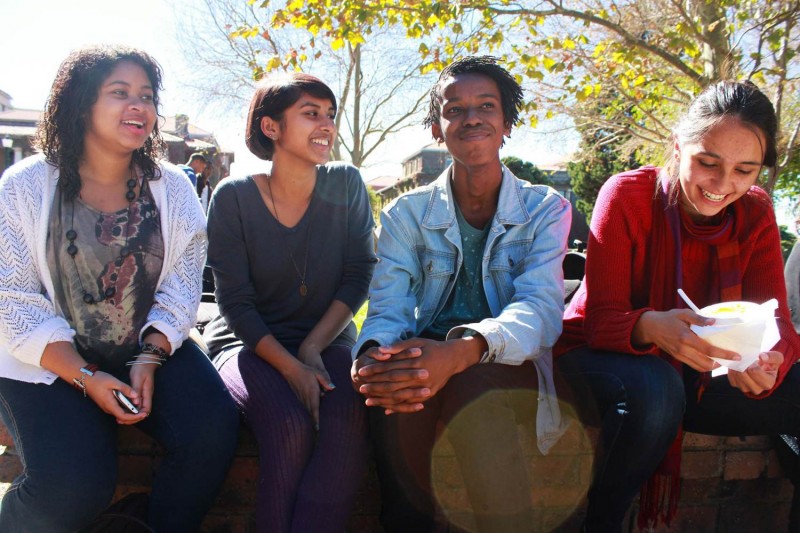 “The lesson of 1976 is that your freedom lies in your own hands,” writes FERIAL HAFFAJEE.

Walking in the footsteps of theÂ June 16Â generation is always a master class in bravery.Â You canâ€™t stand inVilakaziÂ Street, Soweto, where young people gathered on what was a bright and chilly mid-winter morning in 1976, and fail to be moved, even decades on.

Public art, photographs and plaques reveal the story: the girls in gym-slips, skinny boys in grey pants, their posters protesting Afrikaans as a medium of instruction stuffed out of sight of parents.Â That generation defied their parents and took on a violent system.

If you want to understand the killings atÂ Marikana,where 36 miners were shot and killed by police in 2012,Â then look back at the images of that time, of police officers taking whips to children, shooting at civilians to trace the policing DNA which freedom has failed toÂ cauterise.

The young people who took on the system and branded Soweto andÂ June 16Â into the worldâ€™s consciousness (and now, its tourism diary) were extraordinarily brave – our finest legacy.

The struggle did not enter a plateau again from 1976 until freedom knocked at our doors in the early nineties. To them we owe much.Â Â I donâ€™t however share the meme that it has all been downhill since then-Â all stories markingÂ June 16Â tend to carry with them an air of lamentation.

And, oh, we have much to lament.Â Primarily, young people are like onlookers to the economyÂ -Â three million unemployed by the latest counts.Â Without a job, itâ€™s hard to get your life out of the starting blocks.Â It is like looking at a world, supposed to be yours, through a hard glass, with your nose pushed up against it.

A few months ago, EvansÂ Shaku, a young City Press reader, hired a van, put 30 of his friends into it and came to visit us.Â Nearly all the young people are graduates of technical colleges or universitiesÂ but they cannot get the work experience they need.Â He has now organisedÂ himself and his compatriots into a movement to push for the right to workÂ -Â if he lobbied City Press, he figured, then perhaps someone will give them an opportunity.

Our country is alive with young people who have this energy and verve.Â Last week, we went out to find young people who are unemployed.Â What struck me wasÂ not only their circumstance, but their energy: they were drawing up resumes, sending them out, volunteering.

In the arts, film, the academies, I am consistently impressed at the quality of young SouthÂ African thinkers and creators.Â In politics, it was a party of the young, the Economic Freedom Fighters of Julius Malema, who captured the political imagination and a fair number of seats in the election.

Everywhere, I see young people who are able and capable inheritors of the mantle of the youth who marched for our freedom in 1976.Â The instinct for pieces like this is to end it with a lamentation for â€œthemâ€ to do right by our youth.Â  This is usually shorthand for government, business or a mystery messiah figure.

Ultimately, I think the lesson of 1976 is that your freedom lies in your own hands.Â More and more, I see young people understanding this.Â  And therefore, I end on a salute and not a lament.