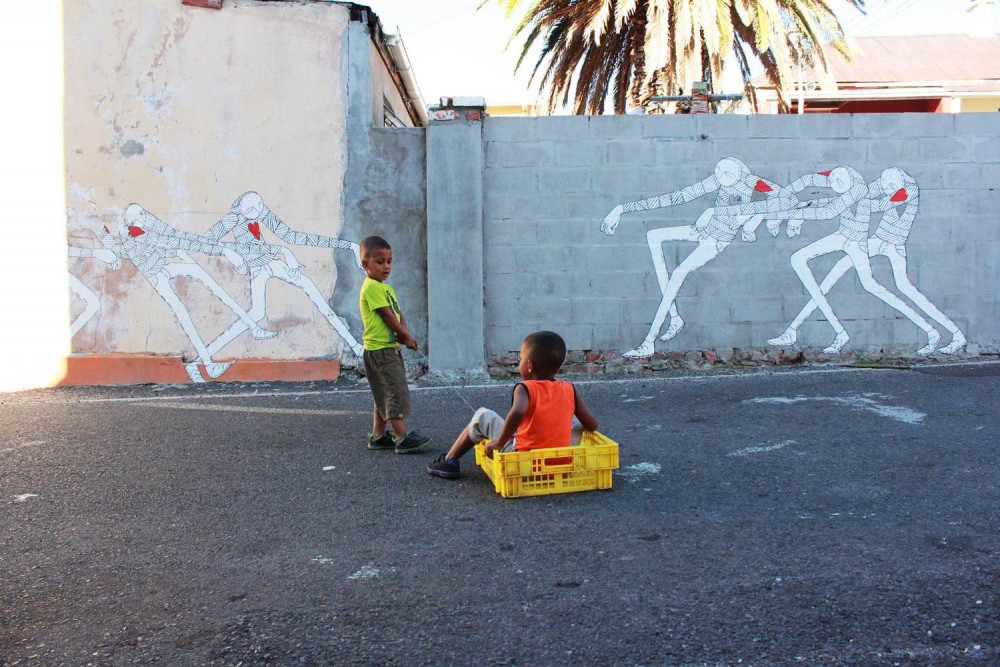 The cold wind pierced my skin, drying the tears that had begun to form in the corner of my eye. I was trying to push them back and keep a poker face while hearing about the moments a mom and dad heard from their young daughters that a neighbour had raped them.

â€œThe first thing I wanted to do was take revenge, I wanted to kill this person for harming my children.Â  I felt like I had failed them. I was meant to protect them,â€ said Naaâ€™im*, a Salt River father of four.

The girlsâ€™ mom, Rushda* looked me directly in the eye as she told me how she had planned to kill the man accused of raping her daughters and two other girls in the community.

â€œI saw him across the street with his kids. He was smiling and laughing. Right then and there I planned how I would kill him.Â  I was on my way to get my husbandâ€™s gun and planned to just walk up to him and shoot him for what he did. I truly feel it was divine intervention that stopped me.â€

Their two daughters, who were eight and nine years old when they were raped in 2012, regularly played with Ridwaan Georgeâ€™s (the accused) Â daughters at their house down the short street in Salt River.

Rushda said she was wary of George as there were rumours of a previous rape attempt and on occasion he had even made her feel uncomfortable.

â€œI told my girls to rather play outside in the street with their friends; I made an excuse of not messing up the neighbourâ€™s house for when their mom came home. I didnâ€™t want to make the situation uncomfortable for his kids by saying publicly that their dad had tried to rape someone, especially when no charges were made. In hindsight I wish I had.â€

Rushda looks away for a moment and rubs the palm of her right hand over the knuckles of her left. She tells me how parents make the mistake of thinking their kids have safety in numbers.

â€œYou think they are safe because they are in a group. He (Riedwaan) was so clever, the kids would be together for a while and then he would separate them, sending some to the shop and leaving one behind,â€ said Rushda.

â€œHe threatened the girls, said he would hurt them or their family if they said anything. He held a gun to my daughterâ€™s stomach as he raped her,â€ Naaâ€™im added.

Naaâ€™imâ€™s voice fades into the distance for a second and I hear my momâ€™s teary voice recall how her uncle would take turns driving her and her sister to the shop and raping them in the car. That was â€˜white, Christian, Paarl in Apartheidâ€™ and this is â€˜coloured, Muslim, Salt River in Democratic South Africaâ€™. I am reminded that while race, creed and suburb may vary, the nature of grooming at the hands of child rapists remain the same.

Even in this â€˜freeâ€™ South Africa, stigma and shame are two issues rape victims and their families have to deal with- and maybe even more so in a Muslim community. Not only is a Muslim woman expected to be a virgin on her wedding day, but Islam is supposed to combat the threat of rape and sexual predators by ensuring women do not leave their home alone.

When â€˜rulesâ€™ like these are broken in a community that finds it difficult to accept one of their own has wronged,Â  one can only imagine the tactless comments.

â€œOne woman actually approached my daughter asking her if she was the one who was raped and whether she was pregnant. Another wanted to know why I insisted on talking about what had happened as if I was doing something wrong by speaking out.â€

Rushda continues to explain how they have been forced to look into the future and see how they can minimize future pain for their daughtersâ€™ when the prospect of marriage approaches.

â€œWe spoke with the sheikh about how to handle future marriage possibilities for our daughters.Â  Their potential in laws will deserve some kind of an explanation for them not being virgins. Sheikh said if he is still alive, he will speak with them. â€œ

Nearly two years have passed since the group of girls spoke out about the terror that unfolded at their friendâ€™s house. The alleged rapist has been out on R5000 bail since September 2013 and is awaiting trial.

Rushda says the biggest challenges that they have faced during this process is lack of access to counselling. Both children and their parents have been severely traumatized by the incidents and cannot afford private therapy.

â€œThere is such a backlog in government funded trauma counselling, we were told we needed to wait six months before anyone could see us. I thought trauma counselling was meant to be immediate,â€ Rushda said.

Naaâ€™im added that the insensitivity and waiting period that one encounters when reporting rape to the police plays a huge factor in the under-reporting of rape.

â€œI can understand why people get up and leave. They put you at the back in a â€˜hokkieâ€™ and make you wait four to five hours before coming to see you. There is no care or concern even for the child victims.â€

The family is expected to face the man who allegedly raped their daughters again in June when the trial starts. Rushda said she has been in constant contact with the DA as well as the ANC Womenâ€™s League hoping for their support in the case, but has had no response.

â€œWe have knocked on all their doors but nobody has answered. I want political support outside court during the trial. I have been advised that this will help create interest in the case, but I have had no luck.â€

Rushda believes that the lack of brutality involved in the case of her two daughters has had an impact on media and political attention.

â€œThe media and politicians were so involved in Anene Booysenâ€™s case and in the case of the Delft girl. Itâ€™s hard because they always want to hear gruesome stories, but rape is still rape at the end of the day.â€ Jess Mouneimne is a media strategist, presenter, blogger and generalÂ seller of words. In 2013 she launched Fight the Fight, an NGO taking aÂ stand against child rape in South Africa. She is also on the managingÂ committee for the ‘Enough is Enough’ campaign which is demandingÂ harsher sentencing for rapists.