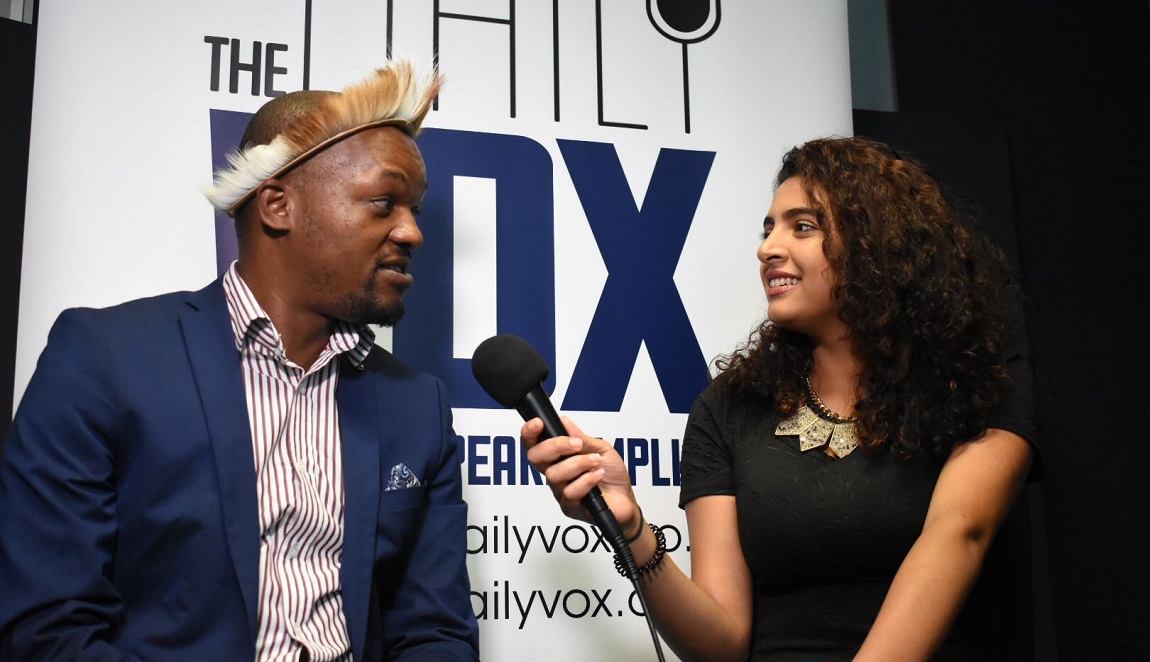 The governmentâ€™s plan for free education looks awfully similar to the model that Wits students drafted with the help of prominent academic Khaya Sithole. The former accounting lecturer sat down with The Daily Vox to speak about President Jacob Zumaâ€™s plan to implement free education, its feasibility and whether parts of it will come to fruition this year.

President Jacob Zuma announced his plan for free education last year and thereâ€™s a lot of confusion. Some say itâ€™s not feasible and itâ€™s a radical proposal and others think its reasonable and in line with international norms. Then there are questions of how it will be implemented. Can you help us make sense of this?

Zuma released it on December 16, it sounded like an ambush because people didn’t expect it. Whatâ€™s also really led to the confusion was the details were not really clear. For me, that statement said, that we are changing the NSFAS qualifying criteria from R122 000 to R350 000. All it did was expand that bracket so a greater number of students who are now able to qualify for access to the loan system under NSFAS. We also then said it will no longer be a loan system but it will be a grant system. I’ve written multiple papers explaining that NSFAS has a collection rate of 4% anyway. So whether you call it a loan or a grant is completely a matter of semantics, because the government has never gotten it back in anyway. You may as well just call it free education.

Then the question of whether the country can afford it comes at two levels: if you are simply looking at the question of can a country, that’s a developmental state, afford to invest in higher education so it has a more educated workforce, the answer is yes. But the problem is of context, in relation to other competing interest that we have. Is this what we should be prioritising now? People tend to conflate the two questions without really distinguishing between the two because I donâ€™t think anyone can dispute that investing in higher education is the right thing to do. I think it is feasible, we have done research behind it.

A lot of things in this country are probably not feasible. I don’t think we can afford Eskom, we canâ€™t afford SAA, but we keep them for a particular strategic objective. This one being an investment on human capital is far more logical to spend the money on it rather than the things we currently spend the money on.

Last year you said you think the government will fund free education using the R100 billion surplus in the Unemployment Insurance Fund (UIF), and the R42 billion in unclaimed pension funds. You also said you believed this was unethical. Do you still hold this position?

In the Fees Commission, they came up with a recommendation that the state should fund this universal loan system which is going to cost billions of rands. They said, in addition to that, there should be an upgrade of infrastructure across particularly the colleges, and also highlighted that there is money available in the UIF – a surplus of about R108 billion give or take – and also the unclaimed pension fund benefits. The judge actually told the president he could access that money and use it to fund higher education. Given the abrupt nature of the announcement and the fact it hadnâ€™t been catered for in the October budget statement, it’s the easiest thing that the president can do.

The UIF was created as a concession between labour government and the unions to say when people are working, and thereâ€™s this risk, they migrate in an out of the workforce because of temporary jobs, what income security could be provided? The UIF contributing to – as weâ€™re employed – a fund and if you lose your job for one reason or the other, then you can apply to UIF to sort of access those funds. Now the reason why the UIF has this massive surplus is that the biggest contributors will probably be the people that have the permanent jobs, those people earn more money, they are more sustained as contributors into the system, and never ever tap into it because they probably keep their jobs forever. If you retire, you donâ€™t access your UIF, you go straight to your pension.

Do you then open the floodgates and say let us use that particular surplus to fund a particular endeavour? The problem here, of course, is that it, will run out of money and workers will need justification. The secondary source was unclaimed pension benefits. A lot of people die or they disappear and they never go and claim what is due to them. Pension funds by law are allowed to keep that money, in case you rose from the dead. What the judge then recommended was that that money can be used to fund higher education. They were creating this contingent liability for the state to use the money now but write a guarantee. If you think of the short-term nature and of the billions of rands needed, you probably thought those were the two sources that the government will use. The problem, of course, is that you then have to wonder, how much is enough.

How do you think the government’s plan will be similar and different to what the students have asked for in their models for free higher education?
It’s difficult to know that because we donâ€™t know whether the government actually has a model yet. We created a model with particular parameters. One question that I would like to sort of focus on is where the R350 000 threshold came from. When we wrote the model two years ago, what we did is we took an ideological position to say if a family makes a particular income, and a university costs a particular number, what’s the reasonable amount that a family could be expected to spend on funding higher education? We created a model which spoke about revenue or an idea of where the money will come from to fund higher education. A model has two pillars: the spending pillar and the revenue pillar. The government model focuses on the spending pillar which is why everyone is asking, where are you going to get the money from? They donâ€™t see the correlation between funding students now, then they secure employment and become contributors to the particular system. Thatâ€™s how you achieve sustainability. When we wrote it, we explained to the government that this is similar to a pension fund with a pool of users and a pool of funders. In our model you identify the students who need to be funded, you get the entirety of the university population to make that contribution and you always make sure the sum of contributions exceeds how much you need to spend and then if that number grows you keep expanding the rollout of free education. We told them to use a pension fund structure and guess what the judge says? He says go and raid an existing pension fund.

On Wednesday, the finance minister Malusi Gigaba announced that the plan will be rolled out over eight years. Do you think students will see any form of free education in 2018, if so, what do you think we can expect to be implemented?
The finance minister initially said it would be implemented over five years – thatâ€™s what we said in our model. We said you should get to funding higher education using 1% of GDP and at that stage, the contribution by the state was between 0.68 – 0.72%. We said if you make this incremental contribution this additional amount, youâ€™ll eventually get to 1% within five years. We also said our model would be financially sustainable in a seven-year period – and we showed them the projections. They probably gravitated toward our model because it was the only one – of the prominent models – that did not include a loan system. Remember the students were very clear that loans would not be part of the conversation.

We specifically said the plan for free education had to be a roadmap. We had to say to students of the Fees Must Fall movement that if the government agrees we could say yes, weâ€™ve achieved it but it wonâ€™t be for you because the starting point would be an identified group of first years. Over time, everybody would benefit from it. We said of the 175 000 students that enter the system you donâ€™t have to fund all of them – some of them will get scholarships, others are above the threshold. According to the numbers, it was always feasible and affordable, it was just a matter of political will. I do believe that it can be done in the current year and youâ€™re going to have to take the painful decision of saying weâ€™re doing it for matrics of 2017. If you try to do a universal rollout, it creates tensions within the system. They have to take a difficult decision of saying this is how free education will work for first years – and define who first years are.

Zuma’s announcement last year got many student’s hopes up, if he’s not able to make good on his promises, what kind of reaction from the students are we bound to see? Do students have enough energy for a FMF 2018?
No. Weâ€™re not going to get degrees in Fees Must Fall. I think students are exhausted. Government canâ€™t afford it, theyâ€™ve got another general election months after the end of the academic year. Students will have to make the choice: do we go back to the streets and if we do, what are we asking for? At the end of the day, there was always an implicit understanding that there wasnâ€™t going to be an overnight rollout of free higher education for everyone. If youâ€™re talking of a bracket of between R350 000, that covers about 90% of South African households. You get the impression that students will say even if we donâ€™t have the perfect product, this is far better than what we couldâ€™ve hoped for.

A lot of the students involved in 2015, 2016 have also probably left the university system so they probably have a different understanding of what the issues were, it’s probably not the same as the current audience who might try to pursue a different way of agitating this cause. Even this morning, Mcebo Dlamini was attending his court case because the charges havenâ€™t been dropped over the past two years and so thereâ€™s this looming threat of prosecution. I think the appetite is probably long gone.

This interview has been edited for length and clarity.