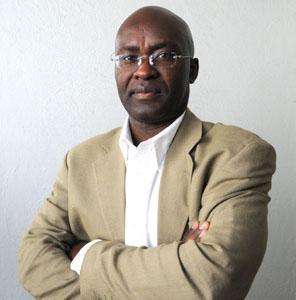 Wits academic Professor Achille Mbembe has been accused of anti-semitism by a German politician. Mbembe, who was scheduled to speak at the Ruhrtriennale festival in Germany on August 14 has rubbished the accusation.

A local politician with the German FDP (Liberal Party) is reportedly leading these attacks. In a letter dated March 23, the politician says that Mbembe who has been invited to the festival is a signatory of the Boycott, Divestment and Sanctions (BDS) movement. The BDS movement calls for economic pressure on Israel to end the occupation of Palestinian land.

This letter has been promoted by Dr. Felix Klein, the “Federal government commissioner for Jewish Life and against anti-Semitism”. In the letter, the politician highlights certain passages from Mbembe’s work as anti-Semitic.

Some of these passages include: “The apartheid system in South Africa and the destruction of Jews in Europe – the latter, though, in an extreme fashion and within a quite different setting – constituted two emblematic manifestations of this phantasy of separation.“

Mbembe told The Daily Vox that he has made conscious decisions to “systematically decline if and when personally approached to collaborate with scholars, individuals or institutions which are involved in human rights violations in the Occupied Territories.”

Furthermore, Mbembe said this decision is not because he is an activist or even a position prescribed to him. Instead, he said: “It has its source in my conscience and my moral and ethical political self.”

The German politician Klein told the WAZ news outlet: “The person selected should be someone who lives up to this responsibility, not someone who has been criticized in the past for the relativization of the Holocaust.”

The German Jewish organisation Values Initiative has asked politicians in the state of North Rhine-Westphalia where the festival is to be held to disvinite Mbembe. The organisation is also calling for the director of the festival to be fired. They’ve said the director, Stefanie Carp has given a platform for “Israeli anti-semitism.” They’ve labelled Mbembe as representing “an antisemitic picture in its purest form”.

Klein and Values Initiative have both said Mbembe’s statements and his support of BDS has proven that he is anti-Semitic.

In response to these views, Mbembe said “to refuse to collaborate with colonial occupation or any other system of human despoliation is a fundamental right nobody should be requested to relinquish to any authority.” Furthermore, Mbembe says his anti-collaboration stances cannot be construed as “anti-Semitic”.

Germany has very strict anti-Semitic laws. In 2019 the justice minister Christine Lambrecht proposed a planned amendment to the country’s current law that would make anti-Semitism an aggravating factor for hate crimes in the nation’s criminal code. This was in the wake of an attack on a synagogue during Yom Kippur.

The International Holocaust Remembrance Alliance has defined anti-Semitism to include the “targeting of Israel, conceived as a Jewish collectivity.” It is this definition that is largely guiding the actions of the politicians and organisations in Germany.

Responding to the attacks against him, Mbembe said Wits University and scholars such as Raymond Suttner, Steven Friedman, Ari Sitas, Saleem Badat and Premesh Lalu have come out in support of him. Various messages of solidarity have also emerged from Germany itself and the United States, France and other parts of Africa and Latin America, Mbembe said.

The Wits University dean of humanities, Garth Stevens has also pledged his support for Mbembe. In a letter to Mbembe, Stevens said he pledges support against the “cynical, baseless and scurrilous accusations of anti-Semitism recently levelled against you by certain groupings in Germany.”

“I therefore reject with the utmost contempt the accusation that through my critique of colonialism, I “trivialised” the Holocaust,” said Mbembe.