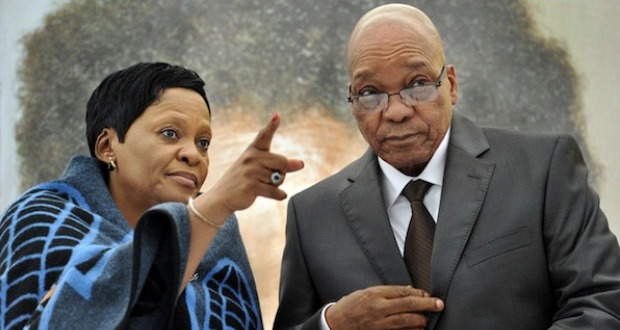 On Friday, activists across Africa who call themselves “Africa’s future” published an open letter to South African President Jacob Zuma. They believe he no longer has moral authority and are calling for him to resign.Â

There is a Nigerian proverb that says, “In the moment of crisis, the wise build bridges and the foolish build dams”. Every day since the Public Protector exposed you, the Constitutional Court ruled against you, and Parliament tried to impeach you, the dam is swelling and the bridges between the citizens and you look shaky and inaccessible. Can this letter be a bridge?

We, the people of many African countries â€“ Ghana, Nigeria, Uganda, Zimbabwe, Kenya, South Africa â€“ are the sons and daughters of this African soil. We are young activists leading causes in our own spaces, playing our part to make Africa great again. We are in civil society, public service, private firms, and community organisations. We are writing this letter because we care. Because we know that you care.

You have put your life on the line for South Africa many times before. You are a product of our continentâ€™s oldest living liberation movement. You contributed towards the elimination of a crime against humanity â€“ apartheid. You truly know what bad governance is all about. You lived and suffered through it. You fought against it. And yet here you are now, no doubt at a complex crossroads in your personal, professional, political and spiritual life. You are being asked by friends, foes, insiders and outsiders, to step aside, to excuse yourself from the role of president, for the sake of a greater good.

What is this greater good, you might rightfully ask?

The greater good is moral authority. You no longer have it. But you are not the only one. All 233 MPs that voted against your impeachment in Parliament on 5 April, 2016, have also lost their moral authority. This does not mean that the 133 who voted to remove you have any greater moral authority; far from it, many of them barely resemble the type of leadership we imagine for Africa. But even compromised messengers sometimes arrive with valuable messages: you are not the leader we deserve. We deserve better.

But despite the petty politics of Parliament, our call for your resignation or removal goes beyond what a few MPs think. We are urgently seeking visionary, ethical and imaginative leadership across Africa. Who will fill these vacancies? For too long as Africans we have been made to believe that we are inferior. As a consequence, we have come to accept mediocre leaders in Africa despite them insidiously eroding the structures of accountability that keep government in check. Our dreams of a liberated Africa then morph into our worst nightmares. Many of us are already living in these nightmares, born too late to prevent the carnage of a free, fair and functional society. It is not too late for South Africa.

South Africa has a heritage of leadership that listens to its people. South Africa does not have presidents for life, like some of us back home. Nelson Mandela voluntarily stepped aside; Thabo Mbeki did not resist being recalled; Kgalema Motlanthe accepted his temporary role. We ask you now to dig deep within your soul, rise above your denial and patronage network, and surprise us by continuing this robust tradition of leaders who know when to rise up and step down.

We, the young people of Africa, will be the authors of your history and legacy. Do not be the first South African president who let power trump the people. Your resignation will show the rest of Africa that South Africa can still provide guidance and wisdom, that leaders do make mistakes, but they own up to them and bear the consequences. Your resignation will, ironically, be a lasting legacy for young people like us, who will in years to come cite the case of Jacob Zuma as a man who took action to prevent permanent damage to Africaâ€™s integrity. This is the greatest service you can pay to your country and continent right now.

Step aside and show us that, in the end, you were capable of the strength of character that we are all waiting for.
Sincerely,
Africaâ€™s future
07 April 2016

The Fightback And Maharani