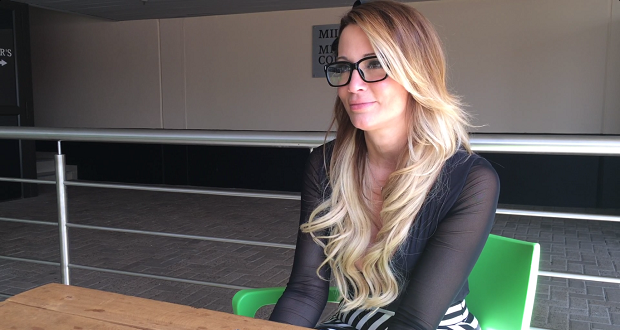 Jessica Drake, an American adult film star and director, recently spoke outÂ about being sexually assaulted by Donald Trump ten years ago. Drake has been in the adult film industry for over ten years and has made over 200 films. She visited SA for Sexpo, SAâ€™s health, sexuality and lifestyle expo, and spoke to The Daily Vox about Trump, pornography and consent.

The reason that I decided to speak on my experience [with Donald Trump] is because I saw and heard the tapes that were released. Where he said he could just grab women by the pussy and just walk up and kiss them without asking them, because heâ€™s a star he can do whatever he wants. For me, hearing that just goes against everything that I believe in and it was a trigger for me.

Iâ€™ve actually done a lot of work on consent. Back in the States, many years ago we had an incident in Steubenville Ohio, where it involved underage people who were drinking and partying and there was a girl who was sexually assaulted without consent. It made me reconsider the type of education we were giving our kids.

Itâ€™s severely lacking, consent education is really lacking. I speak at a lot universities. I just emphasise how consent is ongoing, itâ€™s not blanket consent. Each time itâ€™s not just because youâ€™re in a relationship with a person, itâ€™s a process. There are three pillars of consent, you have to clearly understand what youâ€™re getting into, you have to make up your minds that youâ€™re willing to be involved in whatever act that is.

I think consent education is necessary for both men and women. Weâ€™re in a society right now where weâ€™re teaching – Iâ€™ll say women for the sake of this discussion – where weâ€™re teaching women how to not be raped. Teaching women how to not be sexually assaulted, donâ€™t get too drunk, donâ€™t go anywhere alone, donâ€™t wear that dress. We need to stop doing that. We need to concentrate instead on telling people, donâ€™t treat other people that way.

We need to concentrate on a more ethical approach, a more human approach, rather than to perpetuate victim blaming and victim shaming. Itâ€™s a really complicated situation.