On Wednesday, a day before World Aids Day, a highly anticipated HIV vaccine trial called HVTN 702 launched in South Africa. The new vaccine could be the breakthrough that scientists, and the global community, have been working towards for decades. The Daily Vox spoke to Professor Glenda Gray, president of the South African Medical Research Council and the principal investigator in the trial about how exactly the vaccine works and its projected success.

There was a study called RV144 conducted in Thailand that was found to be moderately efficacious [at preventing HIV]. The vaccine at 36 months was found to be about 30% efficacious but at 12 months after vaccination it was as high as 60%, which suggested that this was a potential vaccine strategy. So following these results, a group of people called the P5 – which is the Pox-Protein Public Private Partnership – got together and said: how can we take the findings of the study in Thailand forward? Could we make a vaccine? Could we learn from RV144 and make a vaccine for the hardest hit in the world? Obviously South Africa has the highest number of HIV infections in the world. We haveÂ 1, 000 infections every day in South Africa so finding a vaccine for South Africa would be certified.

From 2009, the team got together and we developed,and optimised the vaccine approach from Thailand and made it specific so it hits the strain that circulates in South Africa. First of all, we design the programme. We knew that there was a vaccine that had potential. We had to learn what parts of the vaccine were associated with protection and then we had to take those components and make sure we check them in the new programme that we had to develop. So you have to design the vaccine, then you have to manufacture it, you have to make sure that itâ€™s stable. You have to manufacture two products – two proteins and a viral vector – all of this takes time.

We were eventually able to evaluate it two years ago in a study called HVTN 100. This study showed that the vaccine had very good responses and could move on to this large scale vaccine trial [HVTN 702]. And in fact it was actually quite rapid to think from 2009, we tested the first prototype in 2013, so thatâ€™s not bad for vaccine development.

This is a large scale efficacy study, aimed to evaluate whether this vaccine approach could lead to protection and could be an effective vaccine. Itâ€™s the most advanced vaccine programme to date at a global level. Itâ€™s only going to be conducted in South Africa. Thereâ€™s 16 sites in South Africa, it will be 5, 400 individuals, aged between 18 and 35 in places as far away as Umtata and as close as Johannesburg. This will be HIV negative people. This is a placebo comparator study which means we have an HIV vaccine group and then we compare our findings to a control group [group that receives a placebo] to see whether the vaccine works effectively.

I am cautiously optimistic. I do believe that whatever happens, this study will teach us a lot of things about the HIV vaccine and about HIV. We would be able to evaluate whether there are any correlates of protection and if we can find the correlates of protection we can then use those correlates to make better vaccines, we can spread to other populations and it will help us to find exactly what components of the vaccine protect us against HIV. 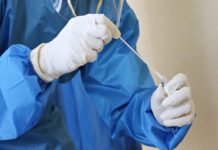