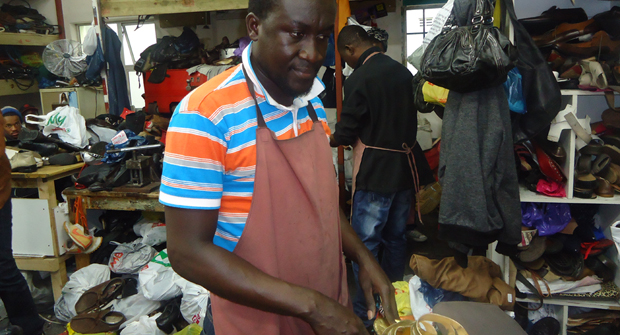 The South African government is using Africa Day, which commemorates the 25 May 1963Â founding of the Organisation of African Unity, since renamed the Africa Union, as a platform toÂ address xenophobia. ButÂ as the country celebrates what is meant to be a day of unity andÂ solidarity, some foreigners still fear being captured and deported to their war-torn countries. WANDISWA NTENGENTO spoke to foreign nationals in East London to find out what they make of this campaign, given the recent xenophobic attacks.

Nigerian Dorothy Akuchwe moved from Cape Town toÂ find a better life in the Eastern Cape, but hopes of finding peace wereÂ quickly shattered by fear of becoming a victim of xenophobic attacks. Akuchwe believes that Africa Day will do little to quell xenophobic tensions in the country.

â€œThis day will not change anything because we still face manyÂ challenges living here. We still fear being called kwerekwere andÂ our shops being destroyed,â€ said Akuchwe.

In a bidÂ to intensify its anti-xenophobia drive, the EasternÂ Cape legislature on Africa Day opened a dialogue themed â€œXenophobicÂ attacks and its effect to inter-relations among African countriesâ€.

The provincial legislature spokesperson, Velisile Bukula, said the dialogue sought to create a platform for people of the EasternÂ Cape to engage in promoting unity in diversity.

â€œAfrica Day presents an opportunity for South Africans to reconnectÂ and recommit themselves in support of all government interventions toÂ develop a better Africa and a better world,â€ said Bukula.

The South African Human Rights Commission (SAHRC) Eastern Cape manager, AubreyÂ Mdazana, said he had received no reports of attacks on migrants in theÂ province. However, the SAHRC continues to be on theÂ watch for any cases of human-rights violations in the Eastern Cape.

Even though the Eastern Cape Premier, Phumulo Masaulle rolled outÂ a provincial campaign against xenophobia last month, foreign nationals living on the outskirts of East Londonâ€™s centre have expressed concernÂ over their security in the province.

Shoe-shop owner Lucky Motire, from Kenya, believes that xenophobicÂ sentiments will only be changed in South Africa when citizens see eachÂ other as humans first.

â€œIf people still see colour and nationality before being human then weÂ will still have wars and xenophobia. As long as the situation is likeÂ this … our safety and security is at risk,â€ said Motire.

Wandiswa Ntengento is a freelance journalist based in East London with experience in broadcasting, online and print journalism. Wandiswa is a Â 2015 International Womenâ€™s Media Foundation fellow and will intern at the BBC in July.Â