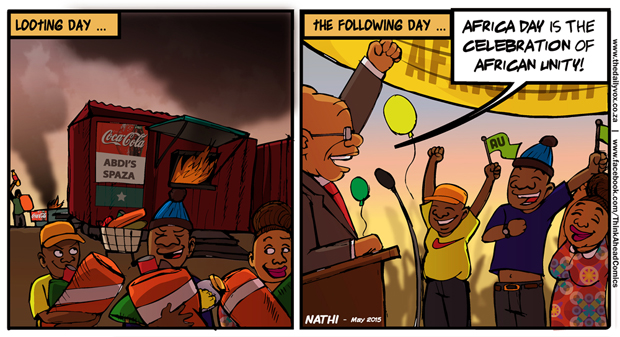 Members of government used Africa Day, which is commemorated on 25 May each year, to call for unity and an end to xenophobic violence in the country.

It’s hard to tell what to make of these calls for unity given the rights issues raised by the controversial Operation Fiela, which some people have described as “xenophobia legitimised”, particularly as the government has continued to defend the programme and, in fact, aims to intensify it.