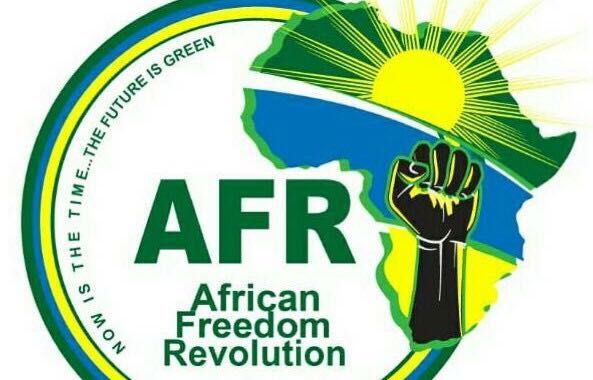 African Freedom Revolution is a new party in KwaZulu-Natal which promises to address various issues including corruption, education, and abuse of religion. The Daily Vox spoke to the party’s president, Bishop Timothy Ngcobo, KwaZulu-Natal secretary of the National Interfaith Council of South Africa.

Based in KwaZulu-Natal, African Freedom Revolution (AFR) has branches all over the country, according to Ngcobo.

â€œWe are aiming at the minimum of three million, and our biggest support comes from KwaZulu-Natal in Durban, and in Johannesburg.These are the current pillars because we haven’t launched in other provinces,â€ Ngcobo said.

By comparison, the Economic Freedom Fighters managed 1,169,259 votes in the 2014 national elections as a first-time party led by high-profile politicians in Julius Malema and Floyd Shivambu. The Congress of the People, another ANC-breakaway party, contested in 2009 for the first time and won 1,311,027.

Ngcobo further highlighted that KwaZulu-Natal and Gauteng were the key targeted areas because of their population.

â€œIn terms of population, these are the two provinces that could have the most influence, but we’re also looking into other provinces,â€ he said.

Ngcobo says South Africa is ready for change and believes AFR is the party that will liberate South Africans. The party policies include the usual burning issues.

Government must create an environment that encourages South Africans to sustain their lives by being given opportunities and skills, said Ngcobo.

â€œWe need to take the economy to the rural areas, instead of people moving to cities to look for jobs, everything that is needed by communities, including school uniforms and infrastructure should be given to cooperatives to produce those and supply them. In this manner, people will know that instead of waiting and relying on child grants, jobs which will help them sustain themselves are available within the community,â€ he said.

With the high rate of graduate unemployment, Ngcobo believes that it should be in government’s interest to meet graduates halfway by providing programmes that will enable them to come together and use their skills collectively to contribute to the economy.

â€œGraduates shouldn’t find themselves going to seek for job opportunities but they need to be put together per their profession and ask them what they can do together to open a sustainable business,â€ Ngcobo said.

AFR says education quality in South Africa as compared to other countries is in shambles, and this is a cause for major concern among South Africans.

â€œAs the AFR we say math and science should start from grade 8, where it will be compulsory for all learners. We can’t have a country that can’t measure to other countries in terms of these vital subjects. We currently don’t have our own powerful scientists because of the junk education that is fed to our kids,â€ Ngcobo said.

The party says it supports the call for free quality education in higher learning institutions.

â€œNsfas frustrates our children. They have to stand,in long queues for days without food, how are they supposed to think in empty stomachs? Some go for months without funding and they sit on exams without it, that’s what we produce poor results. Government needs to do away with Nsfas and provide free quality education,â€ Ngcobo said.

The issue of land has been a burning one for quite some time now, and many political parties have used it as a proxy to campaign for the upcoming elections. AFR says every citizen must be granted a right to own a portion of land.

â€œLand must be distributed and shared equally among all South Africans, especially residential land. We are against the idea that white people should now move to overseas just to accommodate black people, but we encourage everyone to share. In a case of productive land, farms should be converted into cooperatives where all races will share equally for food security sake,â€ Ngcobo said.

According to AFR, women are still being deprived opportunities. It says a system to address community issues where women and children are concerned, is needed.

â€œWe want to change how women are treated in the country. Even those who occupy certain positions, they are still being oppressed by their male counterparts. As the country we need to have a law in place, which is called morality act that will protect women and children. Women are going through a lot of victimization on a daily basis and need our rescue,â€ the party said.

The party says the youth are the change drivers and they support and encourage education and business opportunities for the young people.