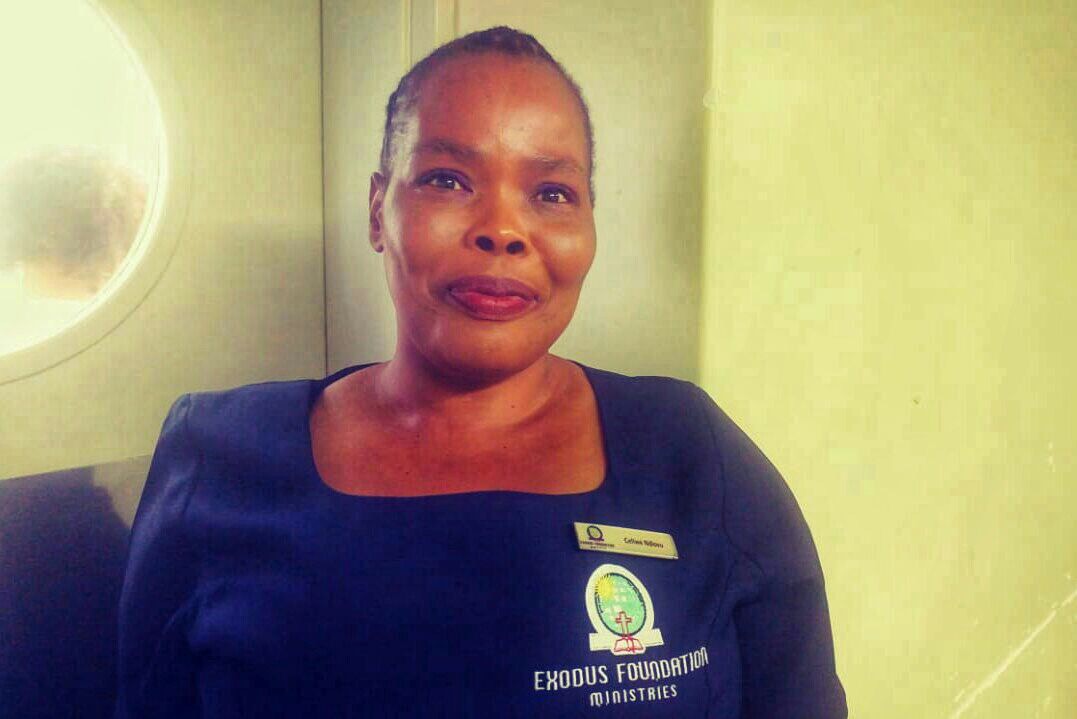 HIV and AIDS is still a major cause of death in South Africa and while ARV treatment is free, many patients still default on treatment. Faith-based community organisations like Exodus have set up groups where patients can share information and get emotional support too.

Nurse clinician Celiwe Ndlovu works for Exodus Foundation Ministries, a faith-based group that conducts extensive social mobilisation programmes and nutrition support across KwaZulu-Natal for youth and community members. At Prince Cyril Zulu Clinic in eThekwini, Exodus work closely with clients that are “lost-to-follow up” – these are clients who start ART but then stop taking it or stop appearing at the clinic for regular health checks.

“We work with clients who are both on HIV and TB treatment. I work closely with those who have a high viral load and lost-to-follow up. In this group we have different kinds of clients, so today I have a lady who is newly diagnosed, as well as a young man who engages in sex with men,” Ndlovu says.

Exodus Foundation Ministries provides support groups for HIV and TB patients, which help them adhere to treatment and contribute to achieving PEPFAR goals for HIV testing and treatment programmes.

Ndlovu says that the main aim of these support groups is to help the patients connect and strengthen each other for positive results in terms of their treatment journeys.

“The main aim of establishing a support group is to allow them to be able to support each other, and also help each other make sound decisions about their lives. What we’ve discovered so far is that this method works for them because they get to communicate among themselves and share their challenges while seeking advice,” Ndlovu said.

Treatment may be free but is not an easy journey for some. Nomthandazo Mkhize* says it saved her life. A middle aged mother and caretaker of a number of children, she also commended Sister Ndlovu for her continued good health. Mkhize says many of her loved ones were lost to HIV, because they were in denial and refused to take treatment

“I was first diagnosed in 2002 with a few ladies from my community and my cousin. They have all died and I’m the only one remaining. Even my family members have died one by one, I was left to look after all their kids”. Initially she was left to look after 8 children, all living in one rented room. Four of the children have since left to live with their father.

“I always prayed to God to keep me alive until I get to see these kids complete school and today I am grateful, one of them is doing matric,” she said.

Mkhize says that revealing her status to the kids was not easy.
“I eventually told the one who is doing matric, I was afraid of how he might react but he accepted that. He even asked me not to stop taking treatment because I’m the only parent they have since their biological parents died from the disease,” Mkhize said.

“The challenge when one quits treatment is that we usually don’t know the reason,” says Ndlovu. “Secondly, we don’t know what the virus is doing to their body the time they are off treatment.”

Ndlovu says a major factor is that when they do follow up on those patients, they discover that malnutrition or inadequate food at home is the reason they stop taking treatment.
The ART medication is powerful and must be taken with the proper food.

“We have found out that others stop taking their treatment because they are hungry and can’t take it on empty stomachs,” Ndlovu said. “Sometimes patients with a suppressed viral load assume they are HIV-free and stop taking their ART, which is how a case can become lost to follow up.”

If taken as directed, HIV medicine reduces the amount of HIV in the body (the viral load) to a very low level, which keeps the immune system working and prevents illness. This is called viral suppression, where HIV medicine has made the viral load so low that a test can’t detect it. This is called an undetectable viral load. If you are virally suppressed or have an undetectable viral load, your HIV is under control. It does not mean you are “cured” or that you are HIV negative.

If you stop and start your ART, the strain of HIV you have may become drug-resistant. This means if you start to take them again they may not work for you. It also means that if your HIV has become drug resistant and you transmit the virus to someone else, the medication will not be effective for them either.
When patients stop going to the clinic for their treatment, healthcare workers often have to follow up and trace them to ensure they get back on treatment.

Ndlovu and her team work closely with Health Systems Trust (HST) linkage officers and outreach teams, who conduct home visits to follow up and fast track these cases. Once the patients are back on treatment, support groups are provided to help them back on their feet and adhere to treatment.