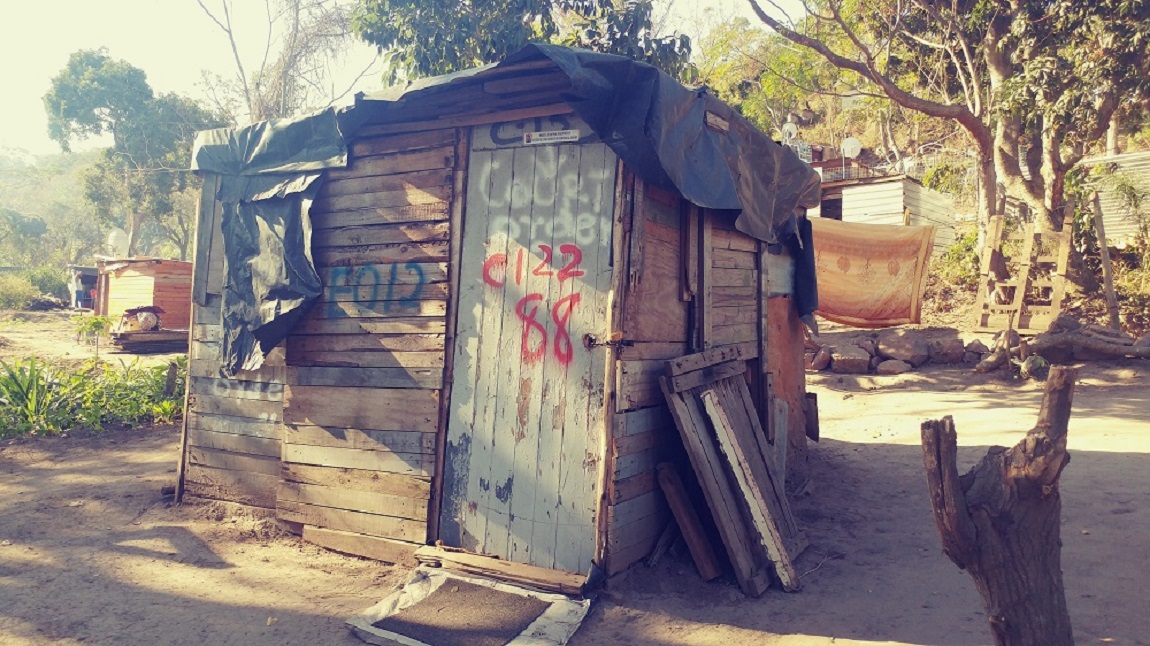 “He was going to be our first son. His father always talked about how he will take him to work with him and leave me with my girls, this was a special moment for us,” Nonhlanhla Nzama tells the Daily Vox in an interview.

Nzama (33) tells a tale of how after she was tear-gassed, her baby was stillborn. Sitting on a chair outside her two-roomed house made of corrugated iron sheets, the mother of two looked sombre, with the wound of her loss still very fresh.

According to Nhlanhla Mtshali, the Enkanini branch secretary of Abahlali baseMjondolo, on November 16, a group of police stormed into the informal settlement and assaulted people.

It was during the day that we saw a bunch of them entering the settlement and demanded to search the houses. We asked for a search warrant but they couldn’t provide us with any, instead they called us thugs and started doing what they do best, throwing stun grenades, teargas and shot at us, he said.

Meanwhile residents of this settlement maintain it’s unclear what the police were searching for. Houses were broken into and turned upside down.

Nzama who was seven months pregnant at that time says she had to be rushed to King Edward VIII Hospital after her water broke while she was trying to escape the scene.

“After my daughter had alerted me about the police helicopter I started collecting all the necessary documents as I thought they had come to demolish. I then went outside the house carrying my three-year old daughter, I was met with teargas and tried to run but couldn’t get further. I was now choking from teargas and couldn’t breathe.”

“I was shocked and thought I was dying. When I realised there was no way of escaping I had to go back towards the police, one told me to get out of the area and go to the road with the child. A woman officer told me to go back inside, I started panicking. When I reached the roadside I felt water dripping and called for help from my neighbours,” Nzama said.

Rubber bullets, stun grenades and teargas are commonplace in Enkanini when evictions and police raids happen. Residents always have to look over their shoulder or sleep with one eye open. They say this life is hard since they live with children in the settlement. Nzama lives with her husband and their two daughters, she was carrying a boy child and dubbed her pregnancy a “special moment”.

But, after she had to be rushed back to the hospital a week after she was discharged, it all just became a dream.

“When I was discharged, they told me my baby was fine. I came back home but I was not feeling well. A week passed with the pain I was feeling until one morning I was taking a bath, I saw blood coming out. I called for my neighbours and they rushed me to the hospital as I was bleeding severely.”

“I was taken to the ultrasound and when doctors looked at each other shaking their heads, I knew my baby was no more. I didn’t know how to feel, I couldn’t even cry at that time. All I remember is that I was in too much pain. A doctor later came in and told me I was going to give birth to a stillborn,” Nzama said.

She says she was told by the doctors that the baby had separated from the placenta.

The baby was laid to rest on 3 December at Nzama’s hometown in KwaSwayimane, Pietermaritzburg. Nzama has since been seeing social workers for counseling.

KwaZulu Natal Police spokesperson Lieutenant Colonel Thulani Zwane said no incident of a woman affected by teargas was reported to the police.

“On November 16, 2018, Cato Manor police were performing their duties at eNkanini area when they were attacked by a group of violent community members. The community blockaded the road with tyres, stone and attacked the police,” he said.

“The members had to use rubber bullets to disperse the crowd. We are not aware of a woman who was choked by teargas. No one came forward to report the incident. A case of public violence was opened for investigation,” he said.