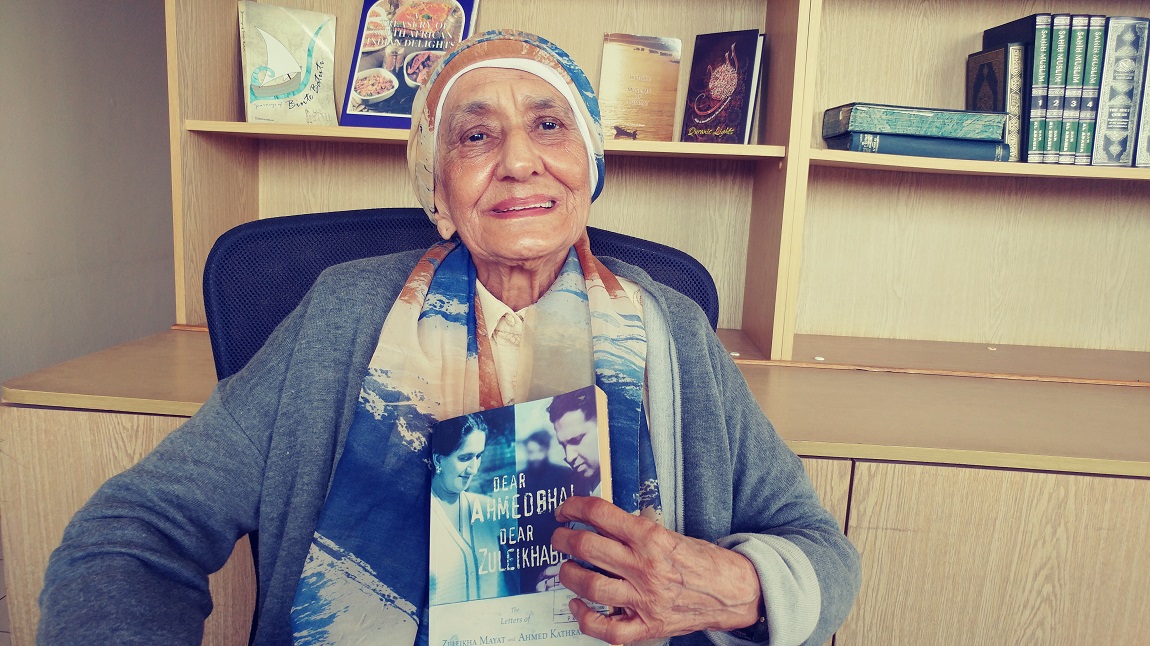 Today would have marked the anti-Apartheid activist Ahmed “Kathy” Kathrada’s 89th birthday. A veteran of the South African liberation struggle, Kathrada was among those imprisoned in Robben Robben Island following the Rivonia Trial. Zuleikha Mayat, famed author of the Indian Delights cookbook, and also of Dear Ahmedbhai, Dear Zuleikhabehn – The Letters of Zuleikha Mayat and Ahmed Kathrada 1979-1989, reflects on Kathy’s life and shared her experience of having known him with The Daily Vox.

Ahmed Kathrada faced the exigencies of life without any hesitation. Under the political climate prevailing then, he was well aware of the consequences that an anti-establishment choice would incur. But for him evil was not to be shunned but it must be taken by the horns and eradicated.

I first met Ahmed through my brother who was his close friend. Many years later, my husband and my sister died in an accident. Ahmed wrote a letter from prison to my brother conveying his condolences, bit my brother had left for India already so the letter was given to me. That’s how we started writing letters to,each other.

He was in jail thinking for us, so I thought it would be nice to write back to him. In the end I asked him if there was anything I could do for him, never thinking that he would respond, only to find that six weeks later a letter came. In the letter he wanted to know about people and how they were doing, I knew all his friends. The problem now would be writing to him in a way that would make sense but not too revealing of an information to the prison officials.

Fatima and Ismail Meer were my great friends and he would ask about them, but if the letter contained any of their names it wouldn’t make it to him so I had to come up with pseudonyms for them. I collected all the letters we had written to each other and put them,together. I had no intentions of publishing them until the Human Science Department in University of Westville (now UKZN) wanted to publish them as a book. I called Ahmed to inform him that the professors from the university wanted to print the batch of letters and he gave us a go ahead, that’s how the book came,about.

Ahmed was able to do all the great things he did through his activism because of the great mentors he had. The likes of Madiba, Walter Sisulu, Dr Yusuf Dadoo and Ismail Meer. He was a leader and a selfless individual but like others, he suffered in prison. We saw how he spoke out against even his own comrades when he believed that they were being unethical. And, himself instead of climbing the gravy train, he applied his energy to the social scene. Before bidding adieu to the world, he established the Ahmed Kathrada Foundation which continues his philosophy and good work in politics, social welfare, health, education, women abuse, empowerment and much more.

Our youth should pursue the great imprints of our great personalities.