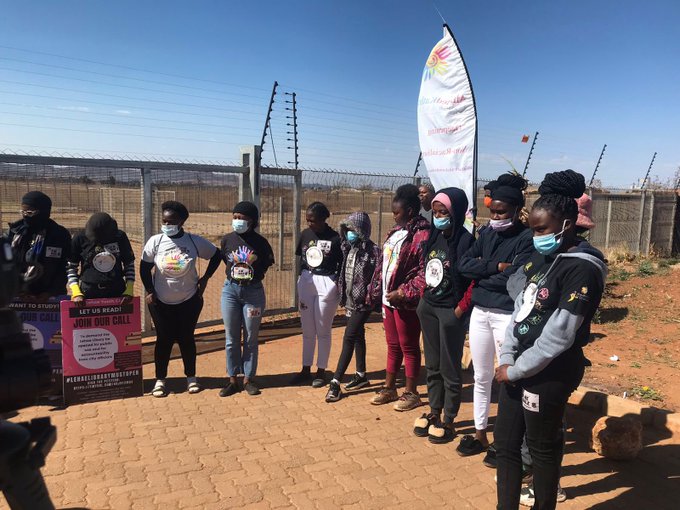 The Ahmed Kathrada Foundation (AKF) has embarked on a campaign to fast-track the opening of the community library. It’s led by the AKF Lehae Youth Club. The Lehae Library remains inoperative and idle since it was built in 2018. This means residents have had to travel to neighboring communities in order to access a library. Travelling, for the members of the community, comes with cost implications. For some it’s the potential of facing the threat of danger by crossing veldt and busy roads.

On August 31, the Ahmed Kathrada Foundation submitted a petition to the City of Johannesburg. The petition, started by the AKF Lehae Youth Club called for the opening of the library for public use. It had over 600 signatures.

“The petition has the full support of the Ahmed Kathrada Foundation. In these challenging times of nationwide lockdown and the effect it has had on society, we believe that the community of Lehae like any other deserves a safe space to study and learn,” said Kabelo Kemp. Kemp is a Youth Activism Programme Coordinator at the Kathrada Foundation.

Kemp, together the youth in Lehae have been driving the campaign to finally see the local library open and serving its community.

In addition to the petition, the Kathrada Foundation accompanied young people as they gathered in unity outside the library precinct. They were demanding for the facility to be open and serve the Lehae community. The youth called for accountability and the immediate opening of the Lehae library.

Jacques Bona, a resident and member of the Lehae Youth Club expressed concern over the challenges of remote working and studying in the midst of the high costs of data for community members.

“Majority of the homes in Lehae are not well off. As a result, some of the youth here have been unable to participate fully in school life because their parents could not afford data. For years now we have seen zero movement in relation to the opening of the library. We have youth who are in possession of matric and several others with diplomas and degrees. If the library were to open, these individuals would be able to send out their CV’s with ease and market themselves for better opportunities,” Bona said.

Matshidiso Makoena, deputy secretary of the Lehae Youth Club said that it breaks her heart seeing the library in the stalemate it finds itself in.

“Having our own library as a community would be of huge significance in Lehae. The facility will enable us, young and old, to feel empowered when taking steps to develop our literacy skills,”  said Mokoena, a business management student at Rosebank College.

“We will continue to call for accountability where the library and other facilities are concerned. The unopened library is a struggle that the Kathrada Foundation understands and where we can, we will put pressure until the community is given the answers they rightfully deserve by those in power,” concluded Kemp.