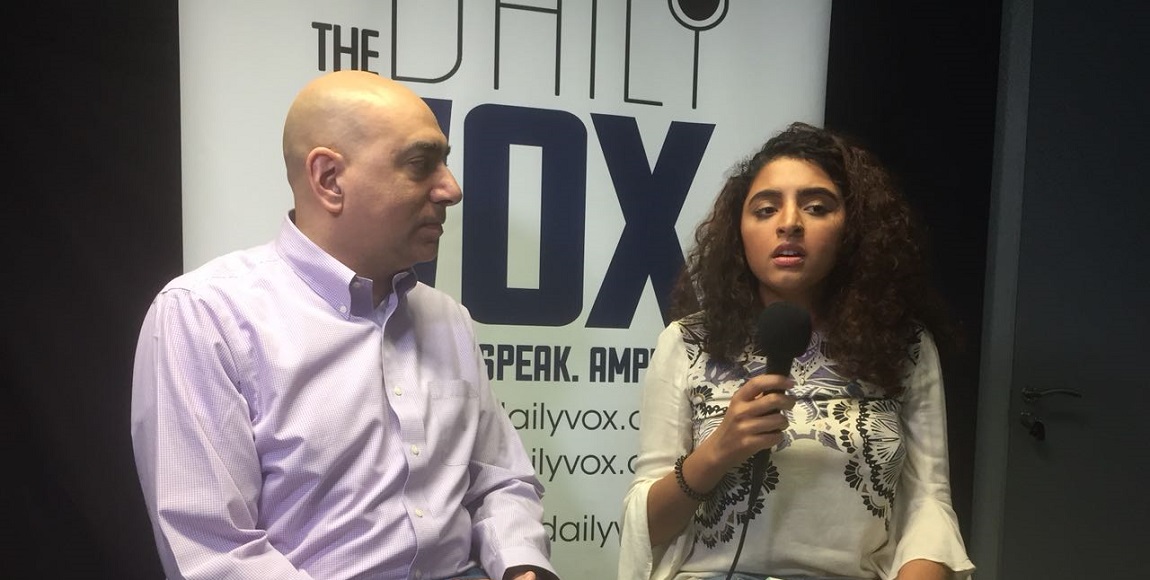 South Africans may not be a military superpower or an economic superpower in global terms but it is a moral superpower – and it has a responsibility to end the apartheid system that the Israeli government is using to govern the Palestinians. This is according to Palestinian-American journalist, writer and activist Ali Abunimah.

â€œWhat is tremendously important is international solidarity,â€ Abunimah said in a Facebook live interview with The Daily Vox. â€œThe Palestinians cannot win their freedom alone, that was true also for South Africans. South Africans struggled, they sacrificed, they fought, families were decimated, people went to prison, communities suffered. South Africans paid the highest price for their freedom but they couldnâ€™t have done it alone without a global solidarity. And thatâ€™s a lesson we learn from South Africa. Thatâ€™s the key thing – itâ€™s the Palestinian struggling on their own and the international solidarity.â€

Abunimah uses a variety of platforms to campaign for the Palestinian liberation struggle. He is the author of the book One Country: A Bold Proposal to End the Israeli-Palestinian Impasse in which he proposes a one state solution for the two peoples, and has also written for a number of publications like The Guardian, The Chicago Tribune, and The Los Angeles Times.

Abunimah is also a supporter of the Boycott Divestment Sanctions (BDS) movement that works to end international support for Israel’s oppression of Palestinians and compel Israel to comply with international law. He spoke of the importance of the BDS movement for the Palestinian cause.

â€œPalestinians are struggling on the ground, the question that BDS tries to answer is what can people around the world do? There is always been immense support for Palestine around the world but the question is how to turn it into political power or pressure. I think BDS is a kind of technology to turn their sympathy into action that makes a difference, that helps bring justice,â€ he said.

Israel is putting a lot of effort and millions of dollars into silencing the BDS movement, he added.

The activist also describes the relationship between the United States (USA) and Israel. â€œThe relationship is a little bit like somebody who has someone in their house who behaves very badly and instead of doing something to stop that behaviour, they enable it. So they go out drinking and driving and instead of telling them you must stop and taking away the keys the USA is saying. hereâ€™s some money to go out and drink, hereâ€™s the keys to the BMW. And of course thatâ€™s just an analogy but what Israel is doing is devastating to peoplesâ€™ lives,â€ Abunimah said.

The USA has tried to stifle the BDS movement in the country and claim it is anti-Semitic however Abunimah reinforces that the BDS movement and the Palestinian liberation struggle are anti-racist movements. â€œIt rejects any form of racism including Islamophobia, anti-Semitism and welcomes everybody including many young Jewish people,â€ he said.

Abunimah is the co-founder of the Electronic Intifada, a non-profit and independent online news publication which provides a Palestinian perspective on the conflict.

â€œThe Electronic Intifada is first and foremost a media site and what weâ€™re there for is to report, for analysis and to fill a major gap in the mainstream media especially in the United States where itâ€™s not like South Africa where you have free speech on the question of Palestine and you can talk about it freely. In the US you donâ€™t necessarily have government censorship, but you have such strong self-censorship in the media that there was no space for us. Thatâ€™s why we felt we needed something like the Electronic Intifada to reach people directly. It has given space for Palestinians to have their voices heard,â€ he said.

â€œIn the 2014 war on Gaza Israel killed, in the space of 51 days, 550 children. Thatâ€™s 11 children a day and nobody is being held accountable. You see Israeli ministers being received around the world, you see the European Union, you see the US continuing to give aid and support to Israel.

Without accountability, there canâ€™t be justice. The BDS campaign is about bringing accountability and speeding the path to justice by popular grassroots action saying enough. The government of the US, the European Union, if all of these powers will not hold Israel accountable people of the grassroots will,â€ said Abunimah.