Home Politics All the reasons why the #ZumaMustFall protests should have happened a long...
WhatsApp
Facebook
Twitter
Email
Print 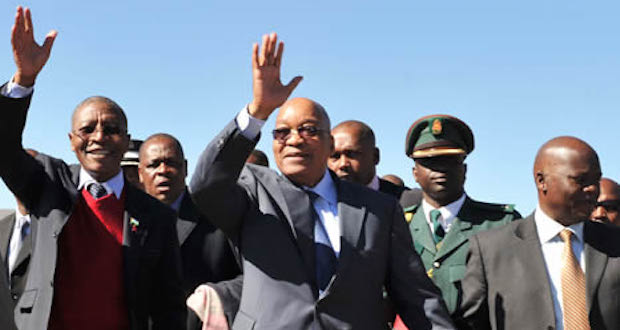 If these #ZumaMustFall supporters were principled and not opportunistic – this campaign would have happened a long time ago – not a year and half into his second term. I do not identify and align myself with this kind of non-politics. What they seem unable to win through policy and politics, they wish to achieve through other means, says EBRAHIM FAKIR.

Here are the reasons why:

1. His manipulation of state institutions, especially in the criminal justice cluster ( Thabo Mbeki did the same) 2. A series of irrational appointments (in the state, in cabinet, in chapter nine institutions and in SOE’s) ( Thabo Mbeki did the same)
3. Presiding over a poor (actually horrible) economic growth and ineffective distribution.
4. A Massive bulge in unemployment. (Mbeki presided over jobless growth)
5. Effectively presiding over three ratings downgrades, and massive currency depreciation.

6. Reducing the economy to a mono focus extractive, primary one. Giving in effect, practicality to the vision of SA’s colonial fathers, instead of undoing and unravelling it. There have been no efforts at cultivating economic diversification, building on competitive advantage or embarking on a strenuous policy of import substitution.

7. His government presided over the Marikana Massacre, displaying apogee of crony capitalism. His ANC displayed callous disregard for the symbolism and consequences of that act.

8. Reducing the public broadcaster to hollowed out shell serving as an echo chamber.

9. Presiding over the ceding of SA sovereignty (Remember the Waterkloof saga? Remember too that the Guptas were brought to prominence under Mbeki)

10. Lastly, what kind of head of state presides over a government which goes to court to contest whether it is mandated to deliver school textbooks. Seriously?

11. The public service has hollowed out, municipalities are in shambles, parliament is blunted, oversight is weak and accountability almost non-existent. To the extent it does, it is formulaic and compliance driven, not substantive.

Fantastic save from our illustrious President after once again fumbling a big number.

If you are an ANC or an alliance partner, member or supporter – you have five further substantial reasons for the guy to have gone long ago:

b. Zuma presided over a net loss of percentage support (the proportion of people who vote for the ANC) in three successive elections (2009, 2011 LG elections, 2014)

c. Fractured the MDM as an idea and as movement. Had three fractions emerge from the ANC ( COPE and the EFF ) and several unions leave the COSATU fold. the SACP has effectively been neutered.

d. Took out all diversity, balance and inclusivity in the ANC NEC. It is now a homogenous one-minded group of lily livered mimics.

e. Non-racialism and non-sexism as political values have been under developed and reversed, leaving the national question and class antagonisms unattended. Some might say Zuma is putting in place a country strategy for long term development and growth, through initiating massive pubic infrastructure spending, expanding public works, building South-South co-operation and BRICS by developing and configuring an alternative alignment of international forces, restructuring international financial relations developing the black industrialists programme (another short cut like BEE to equity and ownership with non of the hard grind required for sustainable industrialisation and innovation). But after one full term, and a year and a half, into a second term, NONE of the fruits and benefits of this is in evidence. Let alone that – none of this seems to be happening. There has been good reason as I tweeted on 19 March 2014, for Zuma to go:

There were good reasons 4 recalling Pres Mbeki.IF the ANC were consistent,they'd find that there r equally good reasons to recall Pres Zuma

March if you want. I’ll enjoy my day off.