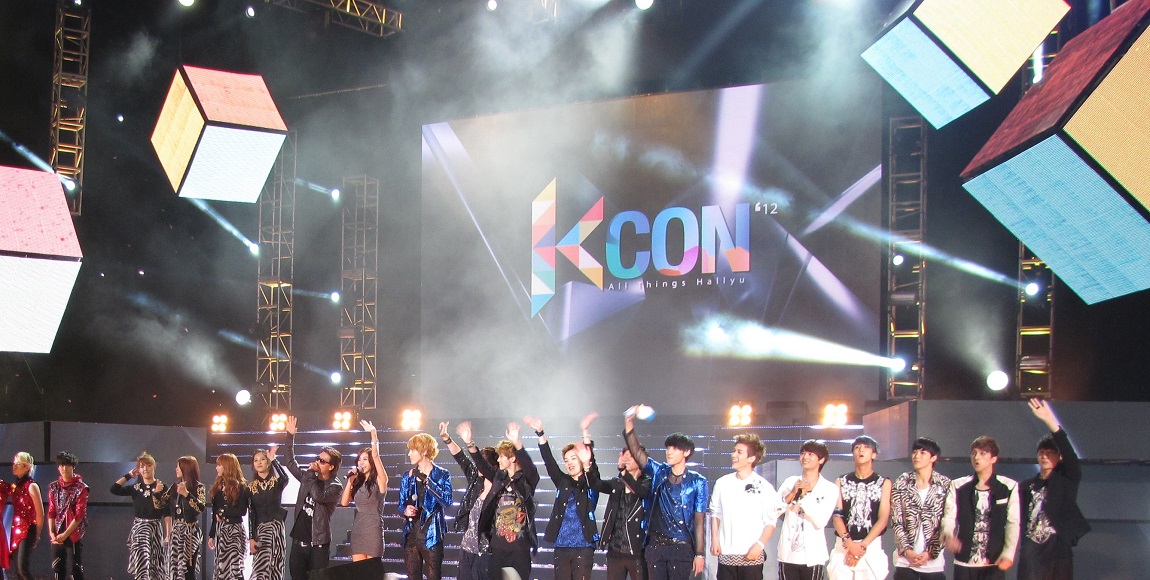 K-Pop: a music genre which originates in South Korea and includes all forms of popular music in Korea. It often describes a modern form of K-pop which emerged in 1990s through Seo Taiji and Boys. From 2003, it was TVXQ and BoA who started the new generation of idols who managed to popularise the genre internationally.

If you’re new to K-pop or even if you just want to brush up on K-pop terms, SHAAZIA EBRAHIM and FATIMA MOOSA have got it covered with this must have starter pack of terms.

Most K-pop idols are really good-looking and have fantastic aesthetics which causes fans to swoon. However, aegyo which literally means something super cuteness is something that fans love even more. While most idols do aegyo during variety shows and concerts, the best aegyo comes from the idols who are serious. The results from those are usually hilarious and adorable.

A particular favourite aegyo that K-pop idols do is the finger heart, which is formed with the thumb and index finger and is used to flash a heart using photos. It is so adorable and much easier to do than a traditional heart formation.

These often have a concept or theme that the group follows throughout their promotions.

This Korean expression is used to praise something that happens that is positive or great. It can mean a big win, great success, or something awesome. It can be used to describe anything or anyone who is incredible. It can be used like this: “Did you see that Wanna One have comeback? Their album is daebak.”

The words shouted by fans during live performances. Some fanchants include calling out the names of the members of a group – or even just repeating the name of the group – during the intro to their song, and then repeating specific words or lines throughout.

A subculture made up of fans, characterised by feelings of empathy and camaraderie with others who share a common interest. Urban Dictionary says it’s an innocent word to describe a cult of sleep-deprived people who obsess over one or multiple comics, books, TV shows, movies, videogames, bands, actors, singers, etc. But in a good way.

So while we might all be huge K-pop fans or even just learning about it, none of this would be possible without Hallyu. Hallyu or the Korean Wave is the increase in the global popularity of South Korean culture since the 1990s which has been driven by social media. It’s essentially the popularisation of all things Korean which we personally live for.

This is a phrase that idols use before performances or shows as a way to show support or cheer someone on. It can be translated to fighting. It is a way of saying Good Luck in a traditional sense but also emphasises working hard and doing your best.

In Korean culture, respect forms a major part of the interaction between older and younger people. This respect filters through to K-pop idols where older male members are called hyung (brother) by their younger peers. Unnie is the term younger female idols will use to refer to older female idols. Older women idols are called noona (sister) by younger male idols while younger women idols call older male idols oppa (oppa is also used to refer to one’s boyfriend).

This refers to the youngest member of an idol group. However, related to this is the term Golden Maknae which is the youngest member who is also the most talented of the group usually able to dance, sing, and rap with equal talent. All groups have maknaes but there is only one Golden Maknae which is BTS’ (Bangtan Sonyeondan) Jungkook, one of the most talented idols in the industry.

A combination of the words “Internet” and “Citizen” that’s used to describe the more or less anonymous online (fan-) community.

V Live is a popular video app in South Korea. Idols use the platform to show the fans live behind-the-scenes from awards shows and comeback days or just to speak to fans about life. V Lives done by idols are so much fun and allow you to get to know the personalities of the idols. And of course if you don’t understand Korean, most of come with English subtitles.

The visual of a K-pop group is basically the most handsome member of their group. Unlike in the Western world where beauty is considered subjective and immeasurable, East Asian countries have specific and strict beauty standards. The visual of each group is chosen according to Korean aesthetic criteria. Jin, the visual of BTS, is called “worldwide handsome” after he introduced himself by the name to the press at a press conference for BTS’ ‘Wings Tour Finale’ at Seoul’s Gocheok Sky Dome in December 2017.

Check out the rest of The Daily Vox’s K-pop coverage:
11 Reasons You Should Stan BTS
Redefining masculinity the BTS way
Hixtape is the lituation we never deserved
6 K-pop groups that are a must listen
Here’s Why BTS Has Such A Strong ARMY In SA
EXO Inspires South African EXO-Ls To Give Back