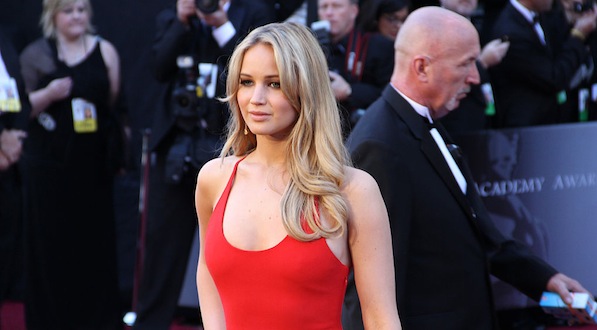 The internet was aflutter on Sunday after a hacker leaked reams of private, nude images of top celebrities. The incident has spurred debate onÂ internet security (or the lack thereof) and respecting the private lives of the rich and famous.

Hereâ€™s how it unfolded: a hacker on the imageboard website 4Chan is alleged to have breached the security of Appleâ€™s iCloud storage service, delved into the mobile data of numerous celebrities, and flooded the Internet with nude images. Jennifer Lawrence, Victoria Justice, Emily Browning, Kate Bosworth, Jenny McCarthy and Kate Upton were just some of the celebs whose private photos were shared online.

A publicist for Ariana Grande said the images were fake but for other celebrities, like Lawrence, the leaked images were all too real. â€œThis is a flagrant violation of privacy. The authorities have been contacted and will prosecute anyone who posts the stolen photos of Jennifer Lawrence,â€ Lawrenceâ€™s publicist toldÂ Buzzfeed.

Some quickly pointed out that while celebrities lead very public lives, they do have a right to privacy. In her column onÂ The Guardian, Van Badham described the intrusion as â€œan act of sexual violationâ€ and said â€œit deserves the same social and legal punishment as meted out to stalkers and other sexual predatorsâ€.

CNNÂ described the celebrities as having been â€œtargetedâ€ in the online hack and pointed out that Sundayâ€™s hack was only the latest in a series of similar intrusions over the past few years.Â This kind of violation has become commercially desirable of late, although in this case the hacker has said that he did not profit much from the leak. In 2012 Christopher Chaney was sentenced to 10 years imprisonment after he became known as The Man Who Hacked Hollywood. Chaney famously leaked nude photographs of movie stars such as Scarlett Johansson and Mila Kunis. GQ magazine ran a profile on Chaney after his sentencing, saying private nude images bring in big bucks. â€œEven without permission, less scrupulous publishers will test their luck, uploading the pictures to rack up page views, then taking them down if theyâ€™re served by lawyers,â€ the article said. â€œBetween ad revenues and new subscriptions, a single photo can bring in as much as $50,000 a day.â€

Comments on news stories about the leaks were riddled with readers asking why the celebrities had been taking nude photos anyway and suggest that the celebs had behaved indecently in taking the pictures, or that somehow the fact that they took the images is a form of consent. The true public indecency lies in the reaction of those who pose such a question.

A blogger on Tumblr summed it up neatly:Â â€œThis is just another example of women being shamed for taking nudes instead of the douchebag who spreads them being shamed for violating someoneâ€™s privacyâ€.

Apple has yet to respond to the concerns surrounding its security breach, but this might be a good time to check what youâ€™ve got stored on iCloud on your laptop and iPhone. If you hadnâ€™t realised it before, itâ€™s now clear that the Internet is anything but private. Best to snap those private pics on Polaroid.