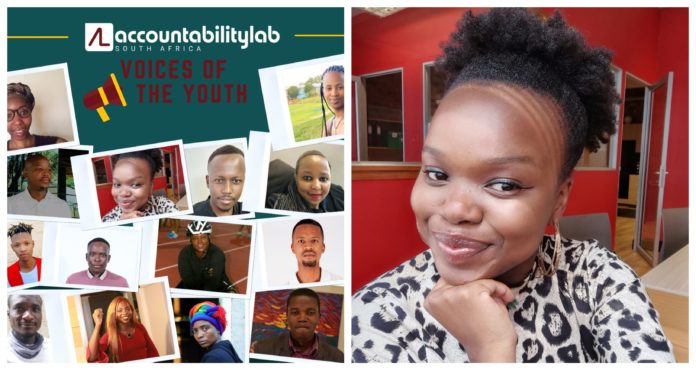 On 7th July 2021, the people of South Africa were left in disbelief when former state president Jacob Zuma handed himself over to the police. He had been convicted for contempt of court and sentenced to 15 months imprisonment. This conviction came after he failed to appear before the Commission of Enquiry into Allegations of State Capture after he had been summoned. The former president cited Deputy Chief Justice Raymond Zondo`s (the Chairperson of the Commission) refusal to recuse himself from the Commission among the reasons he refused to comply. By Esihle Matshaya (she/her), university of the Western Cape.

In the wake of the former president`s arrest, the province of Kwa-Zulu Natal came to a standstill and businesses were looted, with unrest accompanied by looting spreading to Gauteng as well. Initially individuals engaged in looting claimed they were doing so as an attempt to force the state’s hand in releasing Jacob Zuma. However, as the days went by, and the looting progressed it became clear that the looting was no longer motivated by the former president’s arrest. When engaged by the media, some of the people who were looting changed their tune and cited poverty as the motivator for their actions.

There is no dignity in poverty and it is this very indignity that pushed impoverished youth to resort to looting as the means to restore their dignity. For years, young people have been fed the rainbow nation narrative of equality for all. Unfortunately, many have come to realize that this is not the case and South Africa is a country where inequality reigns supreme. The corruption of state officials makes headlines continuously and young people are forced to watch politicians’ loot from state coffers dry. When looking at parliament leaders from the ruling party the youth is further alienated from these individuals who are old enough to be their grandparents, and are detached from their lived realities.

South Africa’s unemployment rate has been exacerbated by the Covid-19 pandemic and has increased to a staggering 32.6% in the first quarter of this year. This is the highest unemployment rate the country has been faced with since 2008 during the global financial crisis. Young people have been immensely impacted by the increase in unemployment with youth aged between 15 and 24 years seeking employment opportunities standing at 63.3%, and approximately 600 000 formal jobs lost. The vast majority of young people have now found themselves struggling to make ends meet and without financial agency.

The constant change in lockdown restrictions also affects some young people who are fortunate enough to still be employed. During periods where the government shuts down specific industries like retail, hospitality, and arts and culture, young people employed in these industries have reduced salaries or no salaries at all. Families dependent on their young people for their livelihoods are forced to bear the brunt, and their standard of living is compromised.

For many the freedom they are told they are the beneficiaries of in democratic South Africa has proved to be a fallacy because freedom without financial agency under a capitalist system has no meaning. Financial obligations act as a noose around their neck and each day is characterized by living from hand to mouth.

The move by the president, Cyril Ramaphosa, to reintroduce the social relief of distress grant of R350 will help to mitigate the financial burdens faced by the youth and is gladly welcomed by many. Unfortunately this measure alone is not sufficient to combat the various issues affecting the youth. The ruling party needs to prioritize creating programmes which promote youth participation in politics through collaboration with civil society and educational institutions.

Government must also lead in reducing the high cost of seeking work by reviewing its own recruitment process which comes with mandatory and costly application requirements including travel, printing and certification as well as the use of registered mail to guarantee the timely delivery of applications.  These costs alienate poor and unemployed job seekers and trap us in further cycles of debt and poverty. To allow young people to hold skills aligned to the ever changing job market, the government needs to change the existing curriculum to include skills necessary to thrive in the 4th Industrial Revolution which we are moving into as a country.

Supporting young entrepreneurs needs to be more than financial, but holistic, and must include skills-building initiatives and support needs to be prioritized. Merely providing young entrepreneurs with funds is not sufficient for them to thrive as business owners. More young faces including people living with disabilities, LGBTQIA people and women should be included. The faces of state-owned enterprises must also reflect our diverse population. Young people need their voices to be heard and to be engaged by politicians whom they can identify with. Currently, this is only a myth.

A family meeting: a seat at the all black table

#JulyUnrest: Reaching the “end of the rainbow” but with no pot of gold in sight