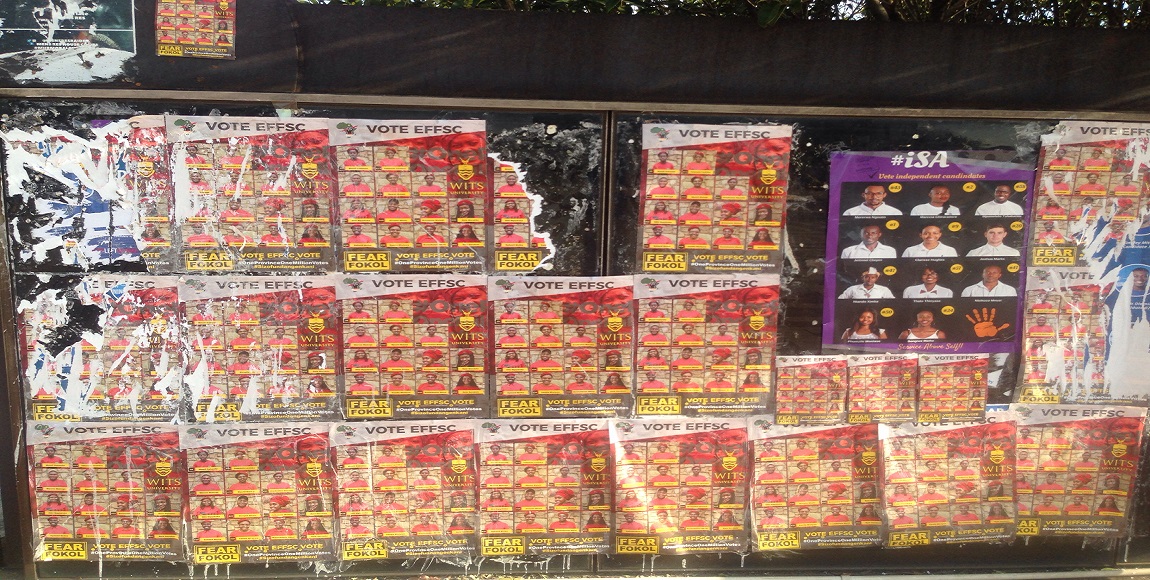 On Thursday, the University of Witwatersrand chapter of the Economic Freedom Fighters, also known as Wits EFF Student Command (EFFSC) announced it had won the 2017 Student Representative Council (SRC) elections. The SRC elections which were conducted this year via online voting were marred by fighting between the student political parties on social media as well as allegations of voter fraud. The Daily Vox team rounds up.

Wits EFFSC was announced as the winners of the election late on Thursday evening. It won 12 out of the 15 seats at the council. The 2016 SRC election winners, ANC-affiliated Progressive Youth Alliance (PYA) won three seats on the council.

National EFF members, including spokesperson Mbuyiseni Ndlozi (a Wits graduate) and Commander-in-Chief Julius Malema expressed their congratulations to the students.

The EFFSC has won Wits SRC Elections. 12 seats out of 15 ðŸ™ðŸ¿ thank you to all Wits Students for affirming the mission of economic freedom!

This year Wits decided to conduct the SRC elections with the use of online voting. Students were required to be connected to a Wits WiFi network in order to vote. Voting was due to take place on October 17th and 18th. On Wednesday evening, a meeting was held with all the competing parties to take a decision about whether the voting should be extended. This was because the desired voting threshold of 25% was not met. It was then decided that voting would be extended by one day. The final voter turnout was 18%, according to an official from the Wits student governance office.

A few students complained that the voting process did not work smoothly. One student who did not wish to be named said: â€œI’m not really fully supportive of any of the parties that were running but when I had a spare moment decided to vote for a couple of people I knew. The Wits computer I logged on with though didn’t let me continue the process for some reason but I wasn’t fussed, it wasn’t a big deal for me, so I left it.â€

The process was also marred by allegations of voter tampering and illegal campaigning. On Wednesday night, screenshots and videos appeared on social media allegedly showing members of the PYA helping people to vote in the designated voting computer laboratories. PYA members retaliated on Twitter saying the EFF had been seen illegally campaigning while voting was taking place.

Wits communication officer, Buhle Zuma, says that at this stage the SRC Elections office has not received any formal complaints related to fraud.

The EFF also said it was not happy that voting had gone into a second day.

After the announcement of the results, they took to the streets of Braamfontein in celebration.

Black Child you are NOT on your own. @WitsEFF has just won 12/15 seats at #Wits #EFFSC #Braamfontein pic.twitter.com/Jl7XOUMPrW