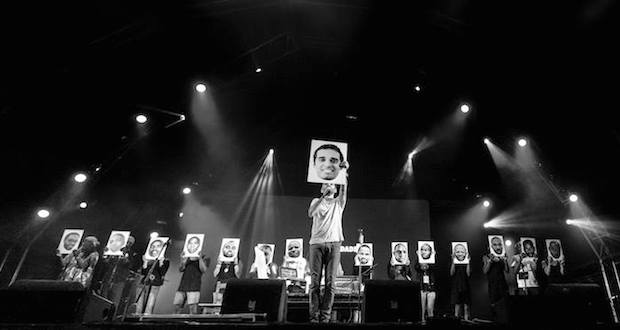 Human rights group Amnesty International has renewed efforts to secure the release of 16 Angolan activists, including rapper Luaty BeirÃ£o, who have been in detention for over 100 days, after being arrested and charged with planning to attack and oust Angolan President Jose Eduardo dos Santos. BeirÃ£o is currently on his 17th day of a hunger strike and is already in critical condition. If convicted, the activists face up to 12 years in prison.

Amnesty Internationalâ€™s deputy director for southern Africa, Noel Kututwa said holding the activists in detention was “another attempt by the Angolan authorities to intimidate anyone who has a differing view in the country”.

“The authorities must immediately and unconditionally release the detained activists, who are prisoners of conscience, and stop intimidating human rights activists,â€ Kututwa said in a statement.

According to Amnesty, the activists had been attending a meeting concerning human rights violations and governance issues, when they were arrested. They had also demanded better living conditions for Angolans, half of whom live below the poverty line.

Angola is the second-largest oil-producing country on the continent but it is also wracked with corruption. Transparency International, which assesses how corrupt a countryâ€™s public sector is perceived to be, ranked Angola at 161 out of 175 countries.

Dos Santosâ€™ regime has been marked by repression and human rights violations. A 2014 Amnesty report, titled “Punishing dissent â€“ Suppression of freedom of association, assembly and expression in Angola“ highlighted incidents in which Angolans who demand accountability from the Angolan government have been arrested, tortured, and killed by security forces. Dos Santos has been in power for 36 years.