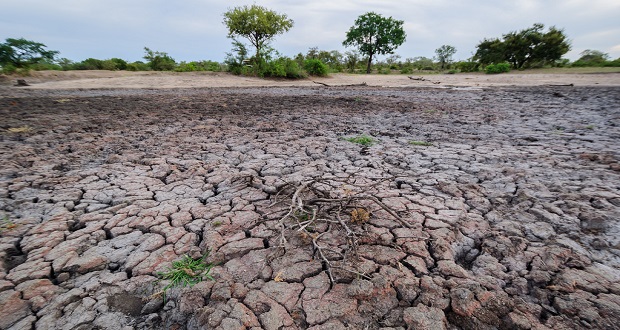 Demand for an emergency sitting of Parliament to deliberate on the recently issued UN report on 1.5°C increase in planetary temperature and its implications for South African climate change policy.

The Cooperative and Policy Alternative Centre, through and with alliance partners in the South African Food Sovereignty Campaign, has been linking the climate crisis and right to food since 2014. We have made efforts to educate the public about the connection between hunger, the drought and price increases in a corporate controlled food system. Our hunger tribunal together with the Human Rights Commission in 2015, food sovereignty festival and activist schools were all about this. Similarly, in 2016 we attempted to make the link between the drought, water inequality and the need for a food sovereignty system. This we did through our drought speak outs, bread march and coal filled coffin left outside the Gupta compound. Through our Peoples’ Parliament we also adopted a Peoples’ Food Sovereignty Act for South Africa. The latter was handed over to seven government departments and to parliament earlier this year when we also launched a water and climate justice charter process for the country at a Peoples Dialogue on the Water Crisis in Cape Town. Out of nine portfolio committees invited to this dialogue only one person, the Chairperson of the Water Portfolio Committee, attended. Our activism has confirmed a lack of responsiveness and leadership from the South African government regarding the drought and climate change. There is a total disregard for the disproportionate impacts of the drought, as a climate shock, on the unemployed, the working class and the rural and urban poor. This is a crisis of leadership and does not bode well for a climate driven South Africa in which we will be having more extreme weather including droughts, heat waves, floods, wild fires and sea level rise.

The recent UN report on Global Warming of 1.5°C draws attention to the rapidly changing science on global climate change. It also underlines the imperative of bringing down carbon emissions to prevent catastrophic climate change through a 1.5°C overshoot. The report is clear that we are running out of time and decisive leadership is needed over the next 12 years to prevent such a dangerous shift in the Earth’s climate. We believe this report needs to be deliberated through an emergency sitting of parliament as it impacts on the future of all human and non-human life forms in South Africa and on the planet. This is a matter of national interest for all present and future generations and we would like you to consider this demand.

We also believe this parliamentary sitting must consider the implications of the UN report for ensuring South Africa is placed on a climate emergency footing through the following:

Your predecessor Jacob Zuma, turned his back on Africa, which has and will continue to be hardest hit by climate shocks. Instead he bought into Obama’s stillborn “pledge and review mechanism” entrenched in the Paris Climate Agreement which has not worked. The US, under Trump, has undermined this climate regime through promoting increasing eco-cidal carbon extraction and currently according to the International Energy Agency carbon use and emissions are still accelerating. We need a new way forward that affirms climate justice, generational justice and the future of non-human life forms. In the spirit of Nelson Mandela and radical non- racialism, South Africa needs to display climate justice leadership that can unite every human being to face the difficult challenges of climate change.

Having a parliamentary debate on the UN report on Global Warming of 1.5° C also enables similar engagements to happen at provincial government, local government and ward committee level. The failure to act on our demand unfortunately will leave us with the conclusion that your government is either in climate denial or captured by fossil fuel interests or irrational about the current science of climate change. We look forward to your response.

Letter has been republished with permission. The views expressed here do not reflect the editorial policy of The Daily Vox.