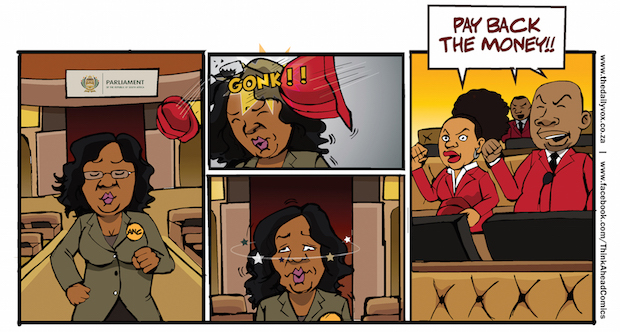 Never mind the consternation EFFâ€™s instance on wearing red overalls in Parliament has already caused, it seems their headgear is an even bigger threat to threat to maintaining order in the house.

On Wednesday, ANC deputy chief whip Doris Dlakuda proposed to a parliamentary sub-committee that hard hats be banned from the National Assembly, because they can be used as weapons. â€œThey are dangerous, they are weapons,â€ Dlakuda said.

Whatever the final ruling on the headgear, weâ€™re sure nothing will stop the Fighters from throwing their (hard) hats into the ring come the State of the Nation address next month.